globalnation /
‘A MATTER OF MOST SERIOUS CONCERN’ 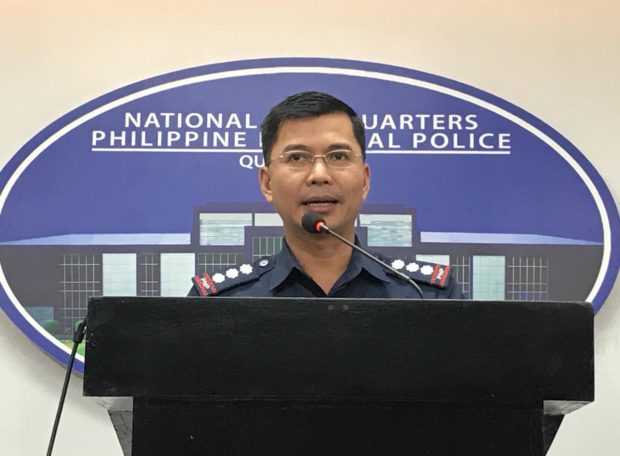 MANILA, Philippines — The Philippine National Police on Tuesday assured the international community that it conducted its antidrug operations following the rule of law and protecting human rights.

“We value life and any violation committed by our police personnel [is] punished and dealt the appropriate administrative sanction,” said Col. Bernard Banac, the PNP spokesperson.

Banac spoke at a press conference in Camp Crame in response to statements by UN High Commissioner for Human Rights (UNHCHR) Michelle Bachelet, who expressed serious concern over the “extraordinarily high number of deaths—and persistent reports of extrajudicial killings” in the drug war.

Addressing the 41st session of the UN Human Rights Council in Geneva, Switzerland, on Monday, Bachelet cited an official death toll of 5,245 in the drug war, saying that number “would be a matter of most serious concern for any country.”

“As much as possible, we don’t want any casualties in our anti-illegal drugs operations. It is unfortunate that suspects put up violent resistance against our operatives,” Banac said.

In a separate statement, Banac claimed that the casualty figures provided to Bachelet by UN special rapporteurs were “bloated” and “not consistent with the truth.”

The New York-based Human Rights Watch cited figures from the UNHCHR office that an estimated 27,000 people had been killed as of March for involvement in the drug trade.

Banac said 49 officers had also been killed and 144 wounded in the war on drugs since it began when President Duterte took office in July 2016.

He said 322 officers had been dismissed from the service for using illegal drugs and 119 had been removed for protecting drug suspects.

No figures were given on the number of police held responsible, charged or convicted for the wrongful killing of suspected drug offenders.

“We maintain that all our police operations against illegal drugs had been generally aboveboard, based on lawful orders and judiciously conducted within the ambit of regular police procedures,” Banac said.

“Human rights is perfectly in place, exercised and protected in the Philippines in accordance with the Constitution,” he said. “Respect for human rights is deeply embedded in all police systems and procedures as a matter of organizational policy.”

In her statement, Bachelet also noted that threats from senior Philippine government officials against human rights defenders, journalists, lawyers and members of the Catholic clergy had exposed them to “a very real risk of violence.”

“Such international human rights mechanisms are available venues for redress and accountability for the victims, and any rejection of such measures can only mean an outright disregard of human rights principles,” it said in a statement.

The National Union of Peoples’ Lawyers (NUPL), a human rights lawyers’ group that has lost several members to assassinations, said Bachelet’s statement underscored the urgent need to stop extrajudicial killings and other human rights abuses in the Philippines, especially against human rights workers and activist lawyers.

“[Bachelet’s statement] highlights the significance of parallel or alternative avenues for redress and accountability in the international community, especially in the face of what turns out to be rather ineffective and ineffectual domestic remedies that frustrate or undermine local recourse for justice,” said NUPL president Edre Olalia. —With reports from Cathrine Gonzales and Denise M. Chiu