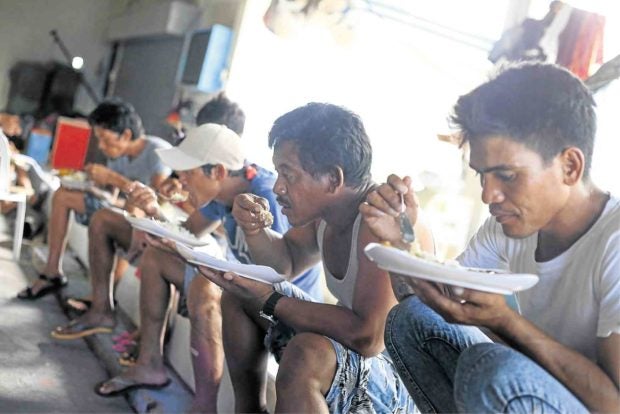 BANGKOK, Thailand — President Rodrigo Duterte has accepted China’s proposal for a joint investigation of the June 9 incident near Recto Bank in the South China Sea where a Chinese trawler rammed and sank a Philippine fishing boat and then abandoned its 22-man crew.

The President wants representatives from China, the Philippines and a neutral country to handle the marine inquiry, according to his spokesperson, Salvador Panelo.

The President acceded to China’s wish a day after Foreign Secretary Teodoro Locsin Jr. said Beijing’s proposal for a joint probe was an infringement on Philippine sovereignty. He said Malacañang supported his position.

But Panelo said the joint investigation would do away with claims of bias that could hound individual countries’ probes and was in accordance with international law.

“We are by no means relinquishing any inch of our sovereign rights, nor compromising the rights of our 22 fishermen. We are demanding justice for our countrymen, and we are using all legal means toward that end,” he said.

Panelo said the neutral third party in the joint probe was Mr. Duterte’s idea and may not even be necessary if there were no differences between the results of the investigations of the Philippines and China.

“If both investigations are similar, there’s no more need. All they have to do is issue a statement jointly, touch on the issues raised. Was it an accident? Is there compensation? Whatever,” he said.

China, the Philippines and a neutral country would have one representative each in the joint probe, he added.

Brunei could be 3rd party

Yielding to the President’s position, Locsin tweeted on Saturday that Brunei could be the third party in the joint probe.

Panelo agreed with Locsin that separate investigations may just “raise speculation and accusation of bias.”

“[A] joint and impartial investigation will not only promote the expedient resolution of the issue, it will also be in accordance with international law, including the United Nations Convention on the Law of the Sea, which places paramount emphasis on the use of peaceful means to resolve international disputes,” he said.

The President made his decision two days after the Philippine Coast Guard (PCG) and the Maritime Industry Authority (Marina) concluded their own joint probe of the incident.

Transportation Secretary Arthur Tugade told reporters in Bangkok that the PCG and Marina submitted their report to Malacañang on Thursday.

Tugade declined to disclose the findings of the two agencies.

The sinking of the FB Gem-Vir 1 happened at Recto Bank, internationally known as Reed Bank, which is believed to hold untapped gas and oil deposits that an international arbitral court in 2016 ruled the Philippines had sovereign rights to exploit.

China does not recognize the court’s ruling.

Recto Bank is located in the West Philippine Sea, waters within the country’s 370-kilometer exclusive economic zone in the South China Sea.

Critics have accused the President of toeing China’s line rather than taking a stand in defense of the fishermen and the Philippines’ sovereign rights after he described the sinking of the Gem-Vir as a “little maritime incident.”

After Defense Secretary Delfin Lorenzana disclosed the incident on June 12 and denounced the Chinese vessel’s actions, Locsin lodged a diplomatic protest with Beijing.

China’s embassy in Manila earlier said the captain of the Chinese trawler had sought to rescue the Filipino fishermen after the collision but fled after being “suddenly besieged by seven or eight Filipino fishing boats.” 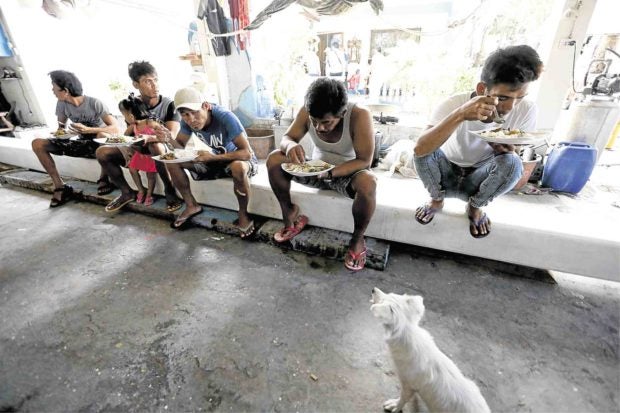 AT THE CENTER OF MARITIME INQUIRY. President Duterte has given the go-signal for a joint Philippine-China probe of the ramming of the fishing boat Gem-Vir 1 by a Chinese trawler near the Recto Bank in the South China Sea. The damaged boat will take months to repair, idling its crew of 22. Five of them, including the skipper, Junel Insigne (in sleeveless shirt), are seen here having breakfast at the home of boat owner Felix dela Torre in Barangay San Roque, San Jose, Occidental Mindoro. -RICHARD A. REYES

The abandonment of the fishermen, who were rescued by a Vietnamese fishing boat four hours after the sinking, deepened the outrage over the incident.

The Filipino fishermen initially said the Chinese vessel intentionally hit their boat, but changed their tune and said they were unsure if it had been deliberate after a meeting with Agriculture Secretary Emmanuel Piñol.

No proof of militia

“The Chinese side proposed that both sides conduct respective comprehensive investigations, and should there be ‘inconsistencies,’ both sides should establish a ‘joint investigation group’ and exchange information directly, rather than through media,” Locsin explained in another tweet.

China has not issued a statement whether it agrees to a third-party coinvestigator, and if Brunei can be considered one since the wealthy sultanate also claims part of the South China Sea.

“China’s suggestion really is not to turn an event between private (so far as we know) parties into an international incident,” Locsin said.

Sereno said the President and his Cabinet officials, as well the Chinese had “already pronounced their views” that the sinking of the Gem-Vir 1 was a “mere maritime incident.”

“A neutral third party is relevant only when there are two contradictory sides to a dispute that must be balanced. Otherwise, if the two sides are already in agreement, the third party is useful only to deodorize the outcome,” she said in a statement.

Locsin said there was “no scintilla of proof” a Chinese maritime militia vessel struck the Gem-Vir and that the fishing boat “had no assigned lookout” at the time of the incident.

The captain of the Gem-Vir said he supported the joint investigation.

“That would be better, so the incident would not be repeated,” said Junel Insigne, who looked uneasy with questions related to the government’s handling of the incident.

As another boat returned to San Jose, Occidental Mindoro, on Saturday after weeks of fishing at Recto Bank, Insigne insisted that he was not sure if the Chinese trawler had intentionally rammed his boat.

But he said the Chinese captain should be held accountable for abandoning them.

China maintains a fleet of hundreds of militia vessels in the South China Sea. Masquerading as fishing vessels, the maritime militia has been accused of harassing foreign vessels and conducting assertive activities, such as ramming, to advance Beijing’s maritime claims. —With reports from Maricar Cinco, Madonna Virola and the wires