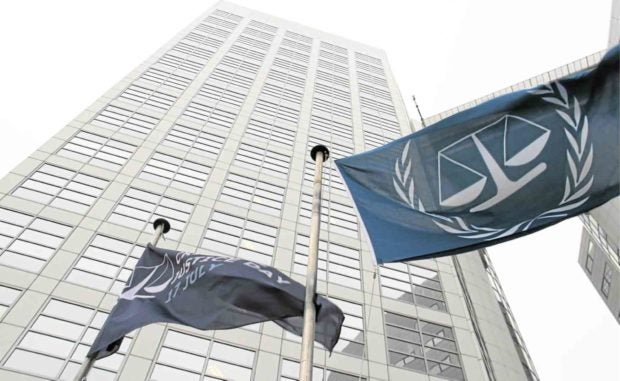 The International Criminal Court in The Hague, the Netherlands

MANILA, Philippines — The ramming of a Philippine fishing boat by a Chinese vessel near Recto Bank in the West Philippine Sea can give a boost to the complaint of crimes against humanity against Chinese President Xi Jinping in the International Criminal Court (ICC), according to former Foreign Secretary Albert del Rosario.

Del Rosario told the Inquirer that the ICC had responded to the case he and former Ombudsman Conchita Carpio Morales filed in March, informing them that it was now “expeditiously” determining whether it had jurisdiction over their complaint.

“We think what’s happening in the Philippines will help the case as it involves a segment of population that is central to our case,” Del Rosario said, referring to the fishermen.

Del Rosario and Morales, a former Supreme Court justice, filed the complaint on behalf of more than 300,000 Filipino fishermen who were “persecuted and injured” by China’s aggressive island-building and -occupation in the West Philippine Sea, waters within the country’s 370-kilometer exclusive economic zone (EEZ) in the South China Sea.

Soon after the Recto Bank incident was reported on June 12, Del Rosario issued a statement, saying, “We trust that our recent communication to the ICC prosecutor will now be treated with greater urgency — that crimes against humanity must be curtailed.”

He is pushing for “a multilateral approach” to the handling of the incident, which is expected to be tackled at the ongoing summit of the Association of Southeast Asian Nations in Bangkok, Thailand.

“How much longer must our people wait for our government to seek a resolution from the UN General Assembly to promote our arbitral tribunal outcome, which is now an integral part of international law? We must accept that Beijing has absolutely no respect for the rule of law,” Del Rosario said.

He was referring to the 2016 ruling by the international arbitral tribunal that nullified China’s so-called historical claims over nearly the entire South China Sea and upheld the Philippines’ sovereignty over the West Philippine Sea. Beijing does not recognize the ruling.

The ICC, created under the Rome Statue of 2002, has jurisdiction over genocide, crimes against humanity, war crimes and crimes of aggression. Based in The Hague, the Netherlands, it has 122 member states.

The Philippines was a signatory to the Rome Statute but President Rodrigo Duterte ordered the withdrawal of the country’s membership effective March 17 this year after the ICC began preliminary examination of the case filed against him in February 2018 for the thousands of people killed in his brutal war on drugs. 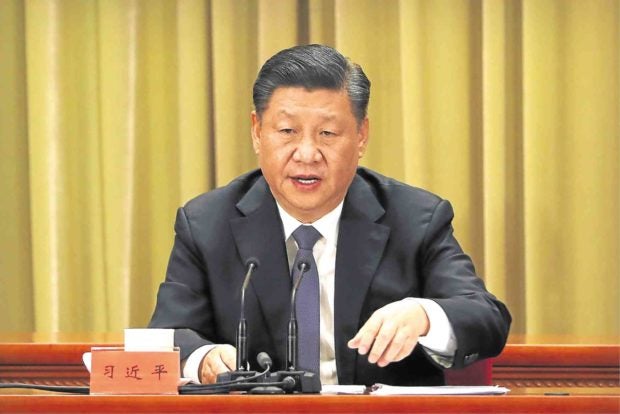 Del Rosario and Morales filed the case against Xi on March 15, beating the date of Manila’s withdrawal from the Rome Statute.

Administration officials have expressed doubts that their complaint would prosper, noting that China was not a member of the ICC.

In their complaint, Del Rosario and Morales argued that the ICC had jurisdiction because China’s moves had adversely affected not only groups of vulnerable fishermen but also present and future generations in coastal nations around the South China Sea because Beijing’s actions “involve massive, near permanent and devastating environmental damage across nations.”

They said this constituted the “most serious crimes of concern to the international community as a whole.”

They stressed that it was only the ICC “that can exact accountability on behalf of Filipinos and the international community, respecting the rule of law.”

Under the Rome Statute, the ICC steps in only if a state party “is unwilling or genuinely unable to carry out the investigation or prosecution” of international crimes.

Del Rosario and Morales said the “current (political) climate [in] the Philippines is not conducive to any investigation or prosecution” of Chinese officials as President Duterte even professed his “love” for Xi.

“As of the submission of this communication, there are no proceedings against President Xi Jinping and other Chinese officials to account for their actions in the South China Sea,” Del Rosario and Morales said.

Like Morales before him just a month earlier, Del Rosario on Friday also was barred from Hong Kong where he was to attend board and stockholders meetings of the Hong Kong-based First Pacific Company.

He was held for six hours by Hong Kong airport authorities before they escorted him to his plane back to Manila.

Del Rosario believes this move against him and Morales by China’s special administrative region was in retaliation for their ICC complaint against Xi and the other Chinese leaders.

Del Rosario has also opposed China’s offer to conduct a joint investigation on the Recto Bank incident, saying it was “the worst news yet.”

“It redounds to a potential partnership between one party (PH who is out to seek the truth) against another party (China, the bully), who is out to suppress it. We should really feel sorry for our fishermen as the ultimate product of a joint probe with Beijing is expected to be no more than a bowl of fruit salad. Can we please not insult the intelligence of our people?,” Del Rosario said on Friday.