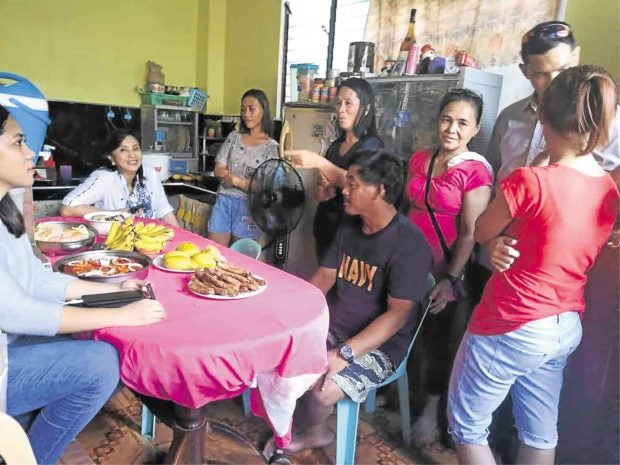 Foreign Secretary Teodoro Locsin Jr. on Friday rejected a proposal by his colleagues in the Cabinet for a joint investigation with China of the June 9 sinking of a Philippine fishing boat and the abandonment of its 22-man crew by a Chinese trawler near Recto Bank in the South China Sea.

Locsin said Malacañang, through Executive Secretary Salvador Medialdea, supported his position against a joint marine inquiry, which he dismissed as an infringement on the country’s sovereignty.

“There will be no joint investigation. China and the Philippines will conduct their respective investigations,” he tweeted on Friday.

The country’s top diplomat also called on other members of the Cabinet to lay off an issue that he said fell within the jurisdiction of the Department of Foreign Affairs (DFA), Department of National Defense (DND) and Office of the National Security Adviser (NSA).

“I’ve stated my view of this proposal; DFA will act on my view [and] no one else’s. I talked to ES Medialdea; Palace supports me. That’s that. Also I listen only to the DND and NSA,” Locsin said in another tweet.

“This is a matter beyond civilian agencies’ remit and falls well within the DFA’s, DND’s [and] NSA’s. Period,” he added.

Justice Secretary Menardo Guevarra suggested the joint investigation during a Cabinet security cluster meeting in Malacañang on Monday, three days before China made the same proposal.

Guevarra on Friday said it was up to President Duterte to consider his suggestion.

“Let’s leave it to the President. No further comment. I respect the [secretary of foreign affairs’] opinion,” Guevarra said.

China proposed the joint marine inquiry on Thursday, a week after the Philippines filed a diplomatic protest over the abandonment of the Filipino crew in the open sea by the Chinese vessel.

“The President welcomes a joint investigation and an early resolution of the case,” presidential spokesperson Salvador Panelo said.

Coast Guard on it

But Locsin said the Philippine Coast Guard was already investigating the incident and that he would make sure justice would be served to the 22 fishermen whose anchored boat, FB Gem-Vir 1, sank after it was rammed by the Chinese trawler in a hit-and-run on the night of June 9.

The fishermen floated in the dark for four hours until they were rescued by a Vietnamese fishing boat.

Locsin rejected calls, including that of former Chief Justice Maria Lourdes Sereno on Friday, for public protests over the incident and against China’s actions in the disputed waterway.

“The main focus for DFA is what is clearest of all—the abandonment of fishermen to the elements, whether deliberately or accidentally caused. Don’t skew our side of the investigation. Angry people never make good judgment,” he said.

The President on Friday said the incident should not be considered an “attack on Philippine sovereignty.”

While declaring that he was not afraid of China, Duterte said he feared that the Philippines could not win against the Asian superpower if the incident escalated into an armed conflict.

“I am not afraid of China but I am afraid that we have no way of winning against it. And we might be wiped out,” he said in a speech at the oath-taking of his youngest son, Davao City Vice Mayor-elect Sebastian Duterte, at Davao City’s legislative building.

Former Foreign Secretary Albert del Rosario on Friday said the proposed joint investigation with China was an “insult” to the Filipino people’s intelligence.

China earlier defended the action of the Chinese trawler’s captain who said he had failed to help the Filipino fishermen because he was afraid that his boat would be “besieged by seven or eight Filipino fishing boats” in the area where the Gem-Vir 1 sank.

“The plan for a joint probe by the Philippines and China is the worst news yet. It redounds to a potential partnership between one party (the Philippines [which] is out to seek the truth) against another party (China, the bully) who is out to suppress it,” Del Rosario said.

“We should really feel sorry for our poor fishermen as the ultimate product of a joint probe with Beijing is expected to be no more than a bowl of fruit salad … Can we please not insult the intelligence of our people?” he added.

Sereno on Friday called for peaceful protests to “fight for Filipino honor” in the face of what she said was the Duterte administration’s tepid response to the Recto Bank collision.

“The Filipino people should not tolerate any proposed joint probe … We should take all lawful means to register our objection,” Sereno said in a statement.

In Bangkok, Trade Secretary Ramon Lopez said there was no need to discuss the incident during the Association of Southeast Asian Nations (Asean) Summit, which starts on Saturday.

Lopez, who is part of Duterte’s delegation to the meeting of the regional bloc, pointed out that no government marine asset figured in the incident, which he likened to a road collision.

“Offhand, if you will ask me, maybe it should not be discussed because the government was not involved in the accident. It was two boats of private fishermen,” Lopez told reporters.

“We should be calm about this. Let us not involve governments and let us look at what really happened,” he said.

Asean countries and China are crafting a code of conduct to reduce tension in the strategic waterway.

Vice President Leni Robredo visited the fishermen in San Jose, Occidental Mindoro, on Friday and extended moral support to their call for justice, according to Mayor Romulo Festin.

The Gem-Vir’s captain, Junel Insigne, said Robredo came to his house and listened to his crew’s account of what happened.

“We were made to narrate our experiences. She didn’t say anything. We felt comfortable with her,” Insigne said.  —WITH REPORTS FROM MARIEJO S. RAMOS, KARL R. OCAMPO, LEILA B. SALAVERRIA, JULIE M. AURELIO, ORLANDO B. DINOY AND MADONNA T. VIROLA

Read Next
Duterte to push for OFW rights in Asean summit
EDITORS' PICK
Leaked: A 60x Zoom and all-new Helio G96 mean a complete overhaul for TECNO Mobile’s new CAMON 18 series
Next level mobile photography within reach with vivo X70 co-engineered with ZEISS
Malls, parks in NCR still off limits to minors even with eased restrictions
153 protests filed vs China actions in PH waters in 2021 — DFA
Delivering delight against all odds
Lacson wants DOF to suspend TRAIN law as oil prices rise
MOST READ
Robredo to supporters: Be calm, gentle and do good deeds
Matibag calls Senate budget hearing ‘political,’ gets kicked out
Drilon: Tax and then ban Chinese firm in pandemic funds mess
Colmenares denies Makabayan is supporting Pacquiao
Don't miss out on the latest news and information.