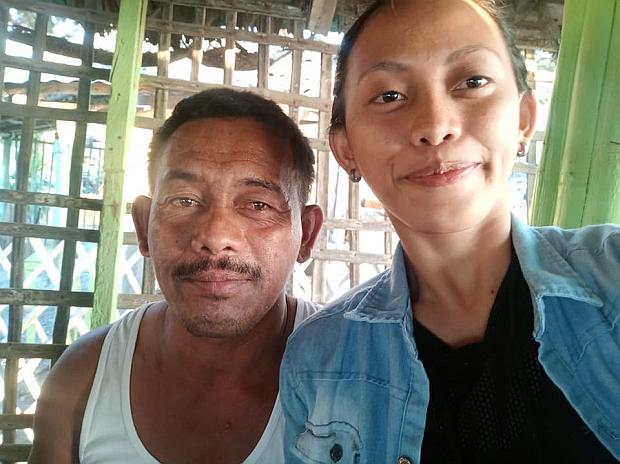 She and her elder sister, Janine Mae, have been planning to go job-hunting in Batangas City, where their eldest sister Jamela is already working at Card Bank. The sisters already know where they will apply.

“My siblings and I want to help our family. We don’t want Tatay Junel to fish anymore because he’s not getting any younger,” Janelle says.

Janelle also worries about her three younger siblings who are still in school — King Junel, 15; Alyana Jade, 10; and Prince Lance, 4.

But their trip to Batangas has been stalled for a while.

On the night of June 9, 2019, fishing boat Gem-Vir 1 was rammed by a Chinese fishing vessel at Reed Bank, locally known as Recto Bank.

Their father, Junel Insigne, the 43-year-old skipper of the boat, and his crew of 21 were thrown overboard and left abandoned at sea.

Their boat and its 3-ton catch of fish sank in the dark waters — and with it, also sank their families’ future.

Janelle is no stranger to poverty. But it has not deterred her, nor her parents, from dreaming of a better future.

Her 44-year-old mother, Lanie, also does various jobs to provide for the six children.

They live in a small house on the coast of Aroma Beach in San Roque 1, a barangay situated along the Mindoro Strait.

“I wake up very early and sleep at around midnight,” Lanie says.

Lanie sells cooked viands from morning until noon and sells barbecue in the afternoon.

Her children help with chores at night and during the school break. 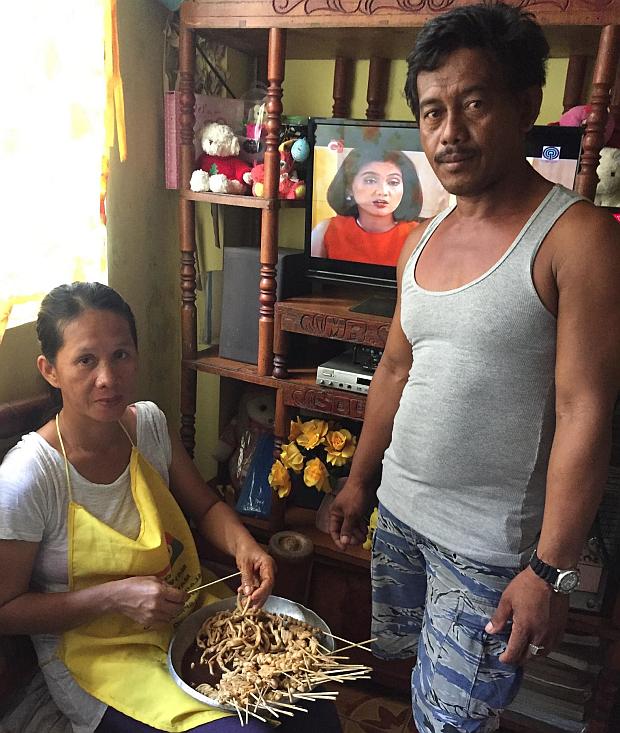 During the typhoon season, they have to tighten their budget until such time that fishing boats are allowed to venture out to sea.

“There are times that they stay in some islands to protect themselves until the typhoon is over,” Lanie says.

During the lean months, locally called “tagkiriwi,” the family would sometimes borrow from loan sharks just to get by.

The fishermen, including Junel, will usually get a cash advance from the boat owners, which they leave for their families’ expenses.

In Occidental Mindoro, the payment system in a fishing business is called “tersiahan” – dividing by thirds.

For example, the average capital for a trip costs P250,000. If the catch fetches a high price, the initial capital will be deducted from the gross.

The remaining 10% is set aside for maintenance.

The skipper would then divide his 30% with the cook, mechanic, and the assistants.

The earnings depend on the catch.

Junel’s father was also a fisherman. His grandmother had a fish stall at the San Jose Public Market.

At 12 years old, Junel started to join his father in fishing. Early on, he learned skills in survival — how to read maps and to forecast the weather by just looking at the sky.

“My father had a boat. But now it’s gone. I don’t have a commercial fishing boat,” Junel says.

According to him, it’s doubly hard for a fisherman who does not own a motorized boat. Small boats can only fish near the shoreline.

“The fish in the municipal waters are not enough to sustain a family. Pang-ulam lang,” Junel says.

On the other hand, going out in the high seas, does not ensure a safe return, even in good weather.

In 1998, Junel lost a brother and two uncles in an accident in Palawan when their boat was sideswiped by an unidentified cargo ship.

But it did not scare him off fishing. It’s the only job he knows.

“I tell my sons to study well,” Junel says. “I don’t want them to experience the difficult life in the sea.”

Ten days after the Chinese vessel rammed Gem-Vir 1, Junel’s family and the rest of the crew are still waiting for government assistance.

“Our boat was rammed. We were left to drown. What if there was no Vietnamese boat there? We would have died,” Junel says.

Lenie echoes her husband’s despair: “Does someone have to die for them to say it’s intentional?”

“Our boat needs repair so we can go back to fish. That’s all we want,” Junel says. “If you want to help us, give us justice. We want the captain of the Chinese vessel to pay for what he had done to our boat and to our livelihood.”

As of this writing, the San Jose municipal government has not given financial assistance to the 22 fishermen.

Diana Apigo, a newly-elected board member of the 2nd District of Occidental Mindoro, expresses her dismay over the statement of President Rodrigo Duterte that calling the fishermen’s ordeal a “small maritime incident.”

“Our fisherfolks who have, as an essential part of making a living from fishing, navigated the Recto Bank for decades and have the right to do so as this area is within the Philippines’ exclusive economic zone,” Apigo says. “This incident is not the first time harassment and aggression occurred in West Philippine Sea [WPS]. It is a clear maritime violation as stipulated in the UNCLOS [UN Convention on the Lawsof the Sea]. If we do not assert our rights in the WPS, it could happen again.”

‘My father is telling the truth’

Janelle is hurt by the Facebook posts claiming that her parents’ statements were “scripted” and comments, particularly by some pro-Duterte bloggers, claiming that Junel was paid to discredit the governments of both the Philippines and China.

“I know my father is telling the truth,” Janelle says, tearfully. “If we have been paid by someone, we don’t have to sell barbecue. We should have paid off all our debts.”

At this point, it’s late in the afternoon. And indeed, that’s what the Insigne family starts to do — prepare the barbecue on sticks that they will sell in front of their house.

Meanwhile, 4-year-old Prince Lance pulls his father’s arm urging him to carry him to the beach to watch the sunset.

Read Next
Gordon to China: Abandoning our fishermen is the issue
EDITORS' PICK
House energy committee chair Arroyo bats for cheap electricity
23,000 cops to be deployed nationwide for school reopening
Unleash the photographer in you this World Photography Day with vivo smartphones
Bongbong Marcos receives second booster shot vs COVID-19
What to watch out for when selecting a video surveillance solution
DOH says COVID-19 cases plateauing, but public shouldn’t be ‘complacent’
MOST READ
Korina Sanchez reunites with former ABS-CBN co-anchors Julius Babao, Cheryl Cosim
Tulfo rebukes cops for wrong approach to road incidents; PNP chief Azurin vows probe
LOOK: Mavy Legaspi gifts Carmina Villaroel with Hermes bag on her birthday
Cherie Gil’s daughter on partying after mom’s death: ‘I’m grieving but it’s not my job to show you that’
Don't miss out on the latest news and information.