Locsin at UN after sinking of PH boat: Abandoning people in distress is a felony | Global News
Close
menu
search

Locsin at UN after sinking of PH boat: Abandoning people in distress is a felony 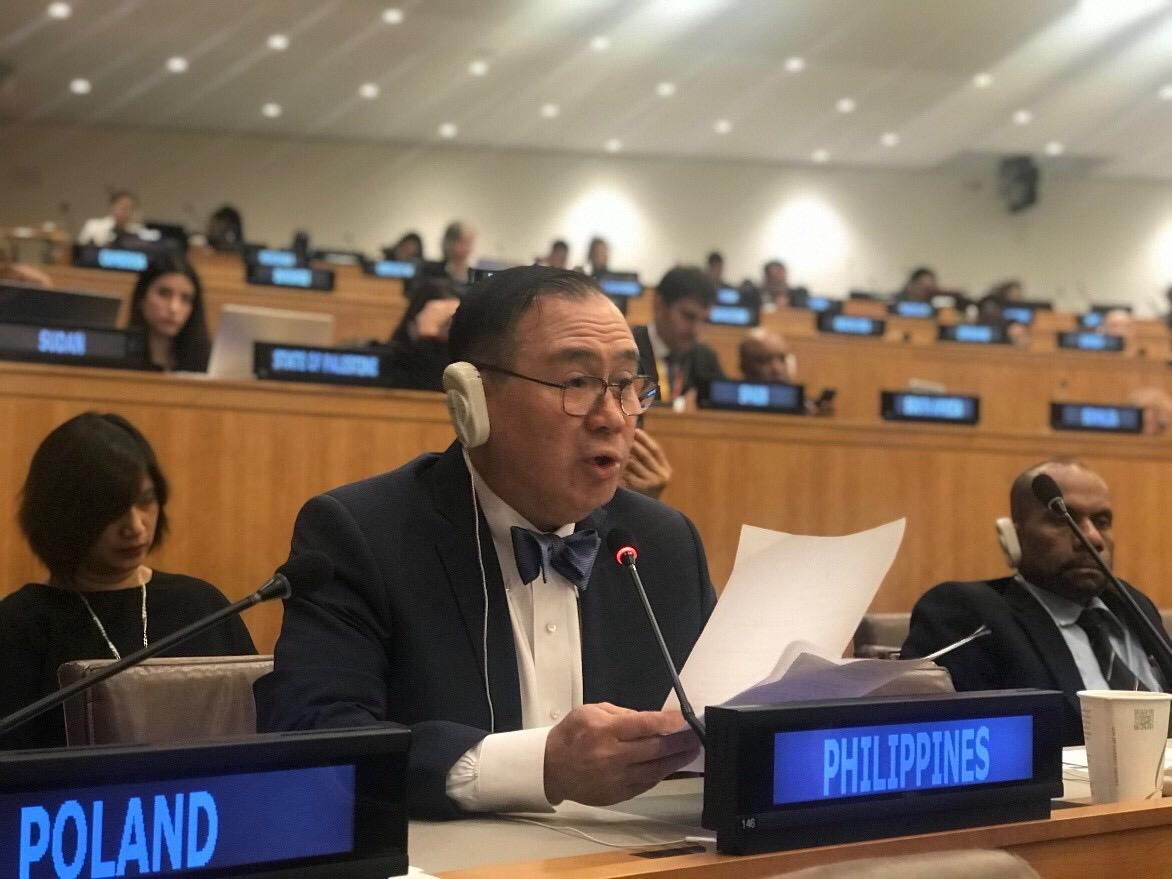 MANILA, Philippines — Foreign Affairs Secretary Teodoro Locsin Jr. said it is a felony to abandon people in distress following the incident in the West Philippine Sea where 22 Filipino fishermen were left at sea for hours after a Chinese vessel reportedly rammed their fishing boat.

The country’s top diplomat made this pronouncement before an international audience at the United Nations (UN) Headquarters in New York on Monday.

“The rescue of persons in distress is a universally recognized obligation of people and governments; and in civil law and, maybe even in common law, it is a felony to abandon people in distress, especially when we cause that distress; and more so when it is no bother at all to save them at no risk to oneself,” Locsin said.

“While no sanction is available in international law, it should be a cause of some concern,” he added.

Locsin was speaking at the commemoration of the 25th anniversary of the entry into force of United Nations Convention on the Law of the Sea (UNCLOS).

The Philippines was one of the original signatories of the UNCLOS in 1982 and ratified it in 1984.

‘Rescue of persons in distress at sea’

Locsin pointed out that under Article 98 of the UNCLOS, the master of the ship has a three-fold duty to fullfil, which includes:

“The incident, to put it diplomatically, highlights the moral and possibly legal —though one wouldn’t wager on it — imperative of coming to the rescue of persons in distress at sea,” Locsin said.

The foreign affairs chief, likewise, called on UN members to enforce their duty under the UNCLOS to render assistance to persons in distress at sea.

“It is the obligation of every member state of the UN of the IMO (International Maritime Organization) to pay not just lip service to these conventions but to observe them in real life-and-death situations,” he said.

In a statement on June 12, Defense Secretary Delfin Lorenzana strongly condemned what he described as a “cowardly action” of the Chinese fishing vessel and its crew after it abandoned the 22 Filipino crewmen following the incident.

“Fortunately, a Vietnamese fishing vessel was in the vicinity, rescued all 22 fishermen, and brought them to safety,” the defense chief noted.

Locsin expressed gratitude toward Vietnam after a Vietnamese vessel plucked the Filipino fishermen out of harm’s way.

“We are eternally in debt to our strategic partner, Vietnam, for this act of mercy and decency,” he said.

“What happened in the collision is a maritime incident. Do not believe the dumb politicians who want to send the Philippine Navy,” Duterte said in a speech during the Philippine Navy’s 121st anniversary celebration in Sangley Point.

“You do not send gray ships there. That is only a collision of ships,” he added.

‘Constitution of the oceans’

The country’s top diplomat also stressed that the Philippines has “strongly supported and upheld UNCLOS because it provides a comprehensive legal regime for the oceans and the seas.”

“As the ‘Constitution of the oceans,’ it affirms the rule of law in maritime space,” he said.

“Rule of law must be adhered to by all States Parties in the belief that no one can thrive nor survive for long in anarchy. Whether international law can be enforced is another matter. And it doesn’t help that parties with the strength to enforce it — and who have invoked a lot the need for it — have not joined it,” he added.

Locsin noted that it was on the basis of the UNCLOS that the Philippines filed a “carefully crafted and successful complaint at The Hague to clarify the legal situation in the South China Sea; to remove the confusion or the pretext of confusion on the part of those violating it.” (Editor: Jonathan P. Vicente)