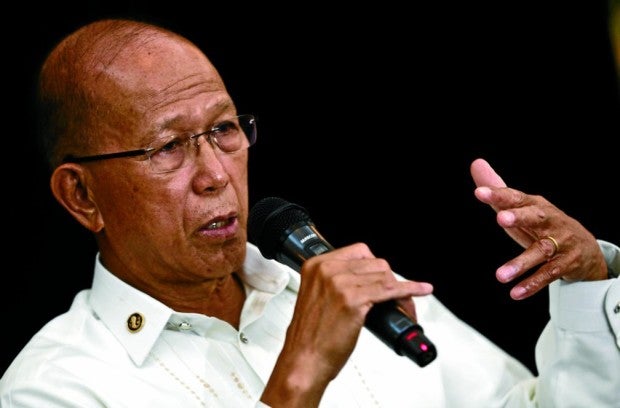 MANILA, Philippines — The government has yet to determine if the vessel that sank the Filipino fishing boat in Recto Bank in the West Philippine Sea was indeed from China, Defense Secretary Delfin Lorenzana said Thursday.

Speaking to reporters in General Santos City, he said he based his earlier statement from the initial inquiry on the fishermen.  Further investigation will be conducted by the Western Command and the Philippine Coast Guard.

“We are only basing our report to the media on the statement of the fishermen kasi hating gabi nangyari eh, madilim. Although sila may ilaw, ‘di naman pwedeng mawalan sila ng ilaw,” he said.

Lorenzana on Wednesday condemned the hit-and-run and called for an investigation and diplomatic action.

“We condemn in the strongest terms the cowardly action of the Chinese fishing vessel and its crew for abandoning the Filipino crew. This is not the expected action from a responsible and friendly people,” he said.

The Filipino fishermen were rescued by a Vietnamese fishing vessel.

Lorenzana said that China has been informed of the incident and they will also launch an investigation.

Philippine Coast Guard spokesperson Capt. Arman Balilo said they are still unsure if the vessel was really Chinese and mentioned a possibility that it could be Vietnamese.

Duterte wants all donations to gov’t, DOH in fight vs COVID-19 managed by OCD