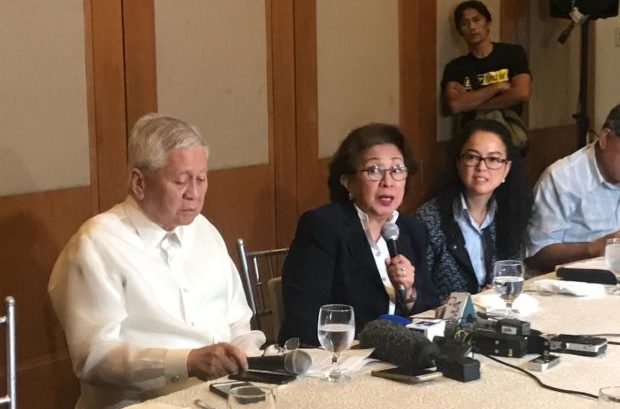 Following the incident, Del Rosario issued a statement slammed China again, saying: “What is obvious is that Goliath, the neighborhood bully, will continue to rear its ugly head to intimidate our poor fishermen. We need to find a way to hold China’s leadership accountable.”

“We trust that our recent communication to the ICC prosecutor will now be treated with greater urgency — that crimes against humanity must be curtailed,” he added.

In March, Del Rosario, together with former Ombudsman Conchita Carpio Morales, filed a complaint against Xi before the ICC over the “atrocious actions of Chinese officials in the South China Sea and within Philippine territory.”

“In implementing China’s systematic plan to take over the South China Sea (West Philippine Sea), President Xi Jinping and other Chinese officials have committed crimes within the jurisdiction of the Court which involve massive, near permanent and devastating environmental damage across nations,” the complaint, technically called as a communication, read.

The former foreign affairs secretary also called for the Philippine government to consider a different approach.

“We must also now consider a multilateral approach. For instance, how much longer must our people wait for our government to seek a resolution from the UN General Assembly to promote our arbitral tribunal outcome which is now an integral part of international law?” Del Rosario said.

Del Rosario added that the incident proved that China had “absolutely no respect for the rule of law.”

According to Defense Secretary Delfin Lorenzana, the Filipino vessel was anchored when the Chinese vessel hit it.

The Chinese vessel immediately left, leaving 22 Filipino fishermen who were aboard the sinking ship behind.

The fishermen were later rescued by a Vietnamese vessel.

“We thank Vietnam for rescuing our people,” Del Rosario said.