The Burj Khalifa in the United Arab Emirates will light up with the colors of the Philippine flag on Wednesday night, June 12, to mark the country’s 121st Independence Day. 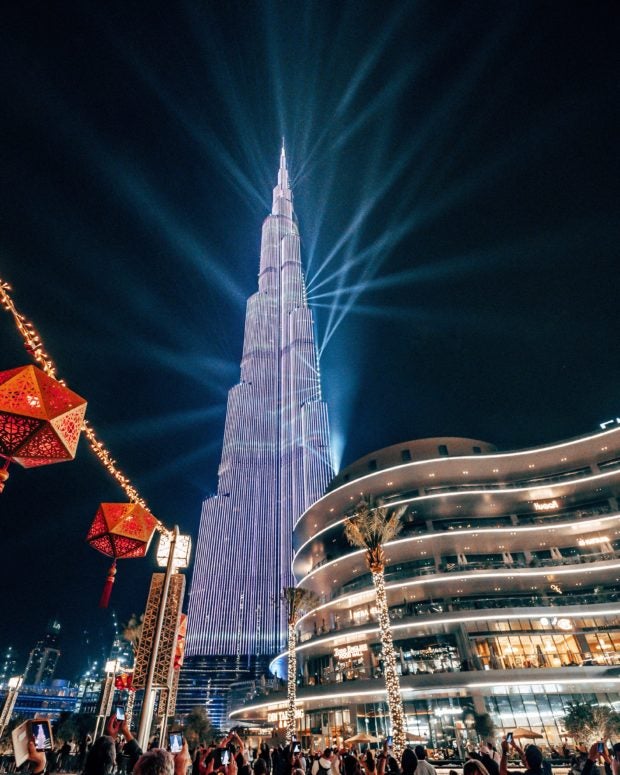 The Dubai tower will glow red, white and blue as well as with the flag’s sun and three stars at 9:40 p.m., Gulf News reported on Tuesday, June 11. The Burj Khalifa is the tallest structure and building in the world at 828 meters.

Independence Day will also be commemorated at Dubai Festival City Mall with a multimedia show called “Imagine,” which will feature the colors of the Philippine flag, as per Gulf News. “Imagine” plays with light, fire and water to create captivating displays on the mall’s waterfront.

The “Imagine” shows for Independence Day will present the Philippines’ culture and history starting on June 12 at 9 p.m. The free shows will continue from June 13 to 15, beginning at 7 p.m.

Consul-General Paul Raymund Cortes told Gulf News: “All that is part of our desire to spread awareness of our Independence Day commemorative events.”

Many overseas Filipino workers stay in the UAE for work in various industries such as hospitality, construction, healthcare and education. It is estimated that there are 700,000 to one million Filipinos in the West Asian nation. Niña V. Guno /ra

Celebrating Independence Day away from the Philippines