President Aquino off to Hawaii today for Apec meet 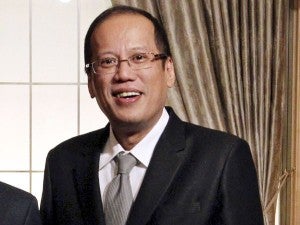 Lacierda told a news conference that Finance Secretary Cesar Purisima, who is in the United States, will join the presidential party in Honolulu.

He said Mr. Aquino will leave at 4 p.m. and will return in the early morning of Nov. 15—in time for the visit of US State Secretary Hillary Clinton.

Mr. Aquino and Clinton will meet on Nov. 16, the same day the President will leave for Bali, Indonesia, for the 19th Association of Southeast Asian Nations summit.

In Hawaii, the President will meet with 20 other Apec heads of states to discuss growth and jobs, regulatory reforms and competitiveness as well as energy efficiency and security.

Mr. Aquino will attend the Apec chief executive officer summit Nov. 11-12 and then participate in the Apec Business Advisory Council (Abac) Dialogue with Leaders. He will also meet with the Filipino community there.

The Department of Foreign Affairs (DFA) said on Thursday the Philippine delegation will support “green growth,” regulatory reforms and continued trade expansion in the Apec meeting.

In the business dialogue, Hernandez said that members will have the “opportunity to meet with Apec leaders to discuss the year’s Abac work program and raise issues of pressing concern to the business community.”

This year, Abac adopted the theme “21 Economies for the 21st Century” with the sub-theme “Employing People and ideas for sustained growth in the Asia-Pacific.”

The theme “reflects the Abac 2011 objectives of helping Apec achieve progress in regional economic integration, small- and medium-scale enterprises, entrepreneurship, and sustainable development,” according to the DFA.