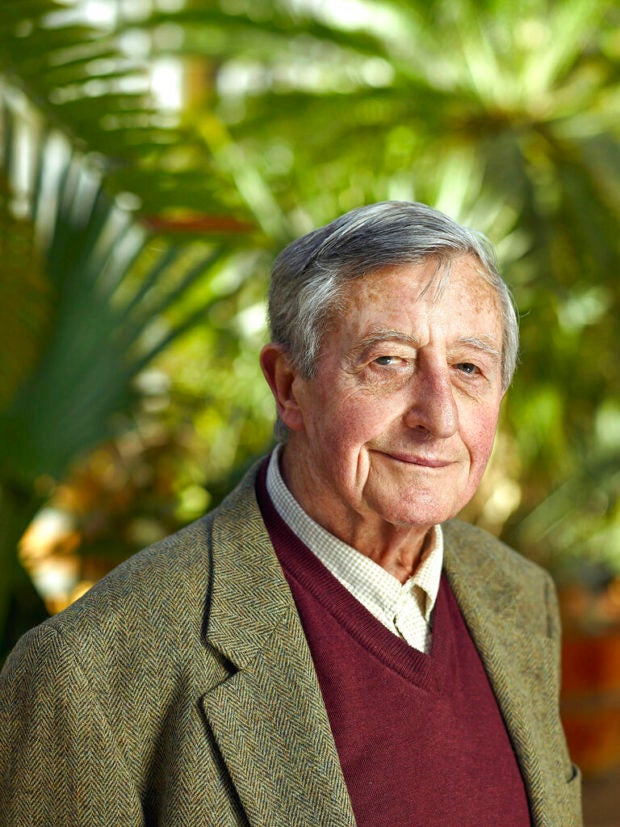 DES MOINES, Iowa — A seed developer from the Netherlands credited with introducing high quality disease-resistant vegetable seeds to more than 60 countries including the Philippines, Thailand and Indonesia was awarded the 2019 World Food Prize on Monday.

Simon Groot, a sixth generation seedsman, began his search to create better vegetable seeds to help farmers in Southeast Asia in 1981 at age 47 after his family’s company was taken over by a larger corporation.

He had learned 16 years earlier on his first trip to Indonesia that vegetable seeds developed for the temperate climate of Europe did poorly when planted in the tropics. He thought there was a huge opportunity to introduce hybrid vegetables to the region, which lacked vegetable seed developers working to adapt hybrids to the local climate.

“It was neither charity nor business. It was a passion for good seeds,” said Groot, now 85. “It had always bothered me that I noticed the seed quality in that part of world was so much below our standards and below achievable standards and as a seedsman I couldn’t stand that the farmers there were just deprived of decent seeds.”

At the time, farmers in Southeast Asia typically saved seeds from season to season to plant because seeds available for purchase were often expired lots from Europe and North America and poorly adapted to their climate. They were stuck with low yields, quality that varied greatly from season to season, and plants susceptible to a wide variety of diseases.

Groot partnered with seed trader Benito Domingo of the Philippines and put together a team of seed researchers and breeders from Wageningen University in the Netherlands and the University of the Philippines. With a few years, they developed a hybrid bitter gourd that was commercially successful. They then adapted a tomato variety, followed by eggplants, pumpkins and leafy vegetables.

The early successes led to the creation of the East-West Seed Company, which now has more than 970 improved seed varieties of 60 vegetable crops.

Over the past four decades, the innovations led to the creation of a tropical vegetable seed industry geared toward small-holder farmers now spreading into Asia, Africa and Latin America.

It’s estimated that the company’s seeds benefit 20 million farmers a year in more than 60 countries, said Kenneth Quinn, the former U.S. ambassador to Vietnam who has been the president of the Des Moines, Iowa-based World Food Prize Foundation since 2000.

“Farmers’ daily lives were uplifted and consumers benefited from greater access to nutritious vegetables,” Quinn said. “You put all those together and he’s a truly remarkable individual with worthy accomplishments that should be recognized.”

Groot’s award was announced during a ceremony at the U.S. Department of State hosted by Secretary of State Mike Pompeo.

“The remarkable improvements made in these tropical vegetable seeds helped small farmers in developing nations produce more food and importantly get more income for themselves and their families curbing hunger and stimulating economic growth wherever these seeds went,” Pompeo said.

Groot will receive the $250,000 World Food Prize during an Oct. 17 award ceremony at the Iowa Capitol.

Nobel Peace Prize laureate Norman Borlaug created the prize in 1986 to recognize scientists and others who have improved the quality and availability of food.