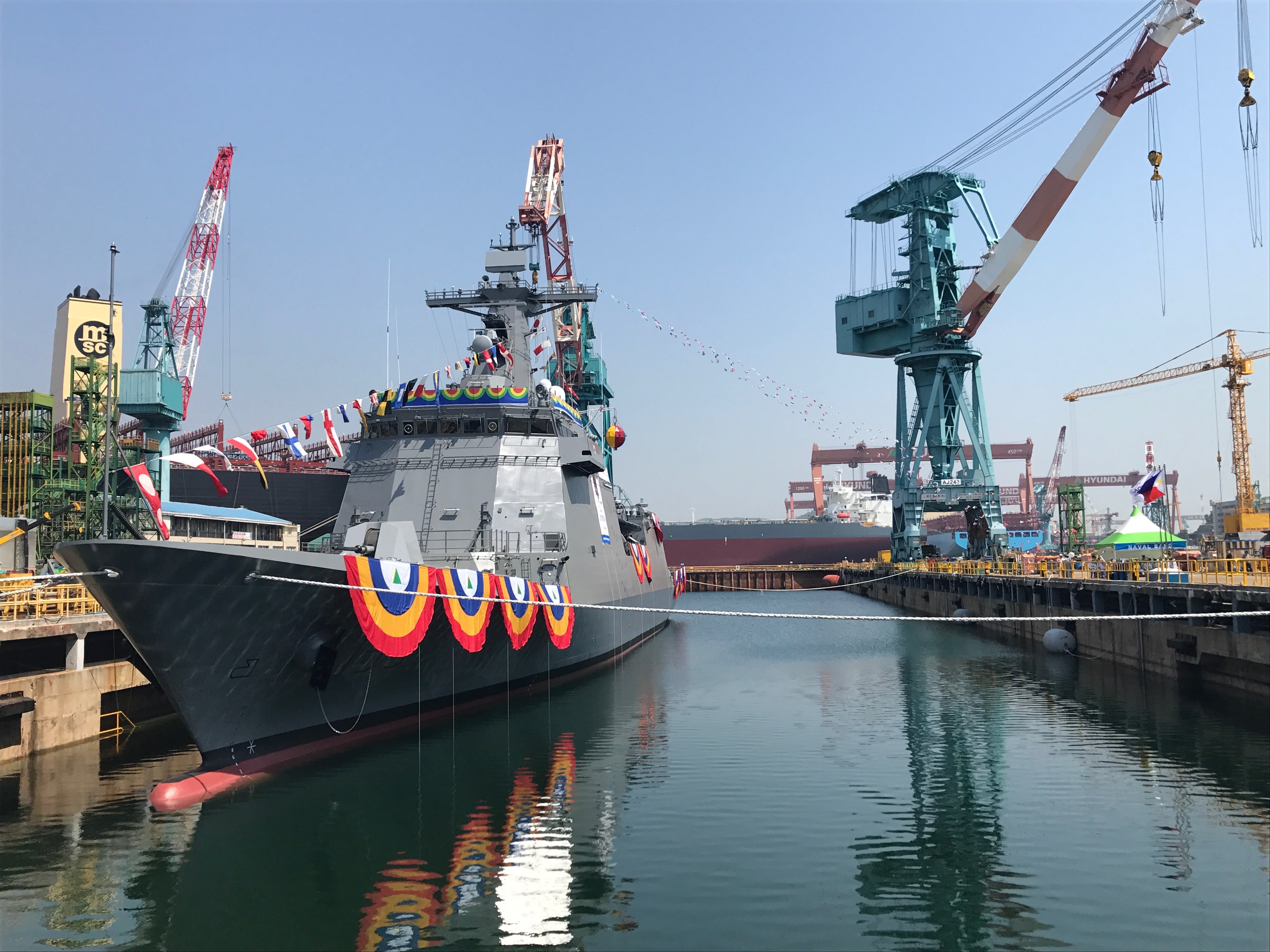 “There is a plan of the Hyundai Heavy Industries to deliver it earlier, probably in April of next year,” he said.

“Because of the technology, dati ang paggawa ng barko buo eh. Ngayon block-block, modular, like a Lego,” he added.

The future BRP Jose Rizal, one of the two ships procured by the Philippine Navy in 2016 under the military’s modernization program, was launched last month at the HHI shipyard in Ulsan, South Korea.

The two ships are worth P18 billion including the weapons.

After launching, a ship usually undergoes outfitting and equipment installation before it goes on harbor and sea trials.

Empedrad said the BRP Jose Rizal will sail to Subic Bay on reaching the Philippines from South Korea. Navy personnel would be part of the crew but they would not be the ones to sail it to the Philippines.

“We will send our personnel there to train but based on the contract, the delivery of the ship is in Subic Bay. Ang mag-sail ng barko ay hindi Navy. We will have our crew as part of the sailing crew but they will not sail the ship back to the Philippines,” he said.

The ships will be used by the Navy in the future for patrols and military exercises.

“We will do some exercise, patrolling and we will do multilateral exercises,” Empedrad said.

The Del Pilar-class offshore patrol vessels of the Navy are former Hamilton-class cutters of the U.S. Coast Guard. (Editor: Mike U. Frialde)