Electronic waste from Hong Kong to be shipped back on Monday 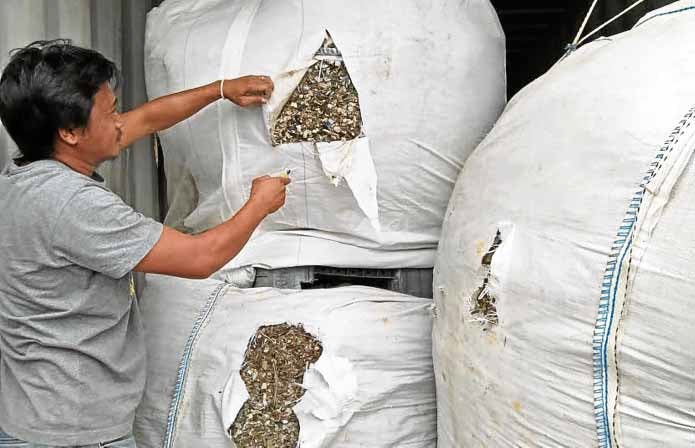 MANILA, Philippines — The electronic waste that arrived at the Mindanao International Container Terminal in January will be shipped back to Hong Kong on Monday, Deputy Customs Collector for Northern Mindanao John Simon said Sunday.

Simon said the waste is composed of crushed electronic materials that were declared as “electronic accessories” when it arrived in the country.

Simon said it is important for the wastes to be immediately sent back to Hong Kong as they may possibly pose danger to the public and the environment.

He added that port authorities ensured that the wastes are contained inside the sealed container to ensure that it would not pose problems to the nearby communities.

Asked if charges will be filed against those responsible for the shipment of the wastes to the Philippines, Simon said local authorities and Hong Kong authorities conducted investigation regarding the matter.

The Hong Kong trash — reportedly 25,610 kilos of crushed electronic materials — was discovered on May 22 before it could be claimed by the importer, Deputy Customs Collector for Northern Mindanao, Simon said in an earlier interview.

The cargo arrived on Jan. 2. It was shipped by Hin Yuen Tech. Env. Ltd. and was consigned to Crowd Win Industrial Ltd. of Pasay City.

The 69 containers of garbage were loaded overnight onto the MV Bavaria at Subic Bay Freeport on May 31. The wastes will be transported to Canada for 23 days until it arrives in Vancouver. (Editor: Jonathan P. Vicente)