Duterte thanks Japan for aid, investments 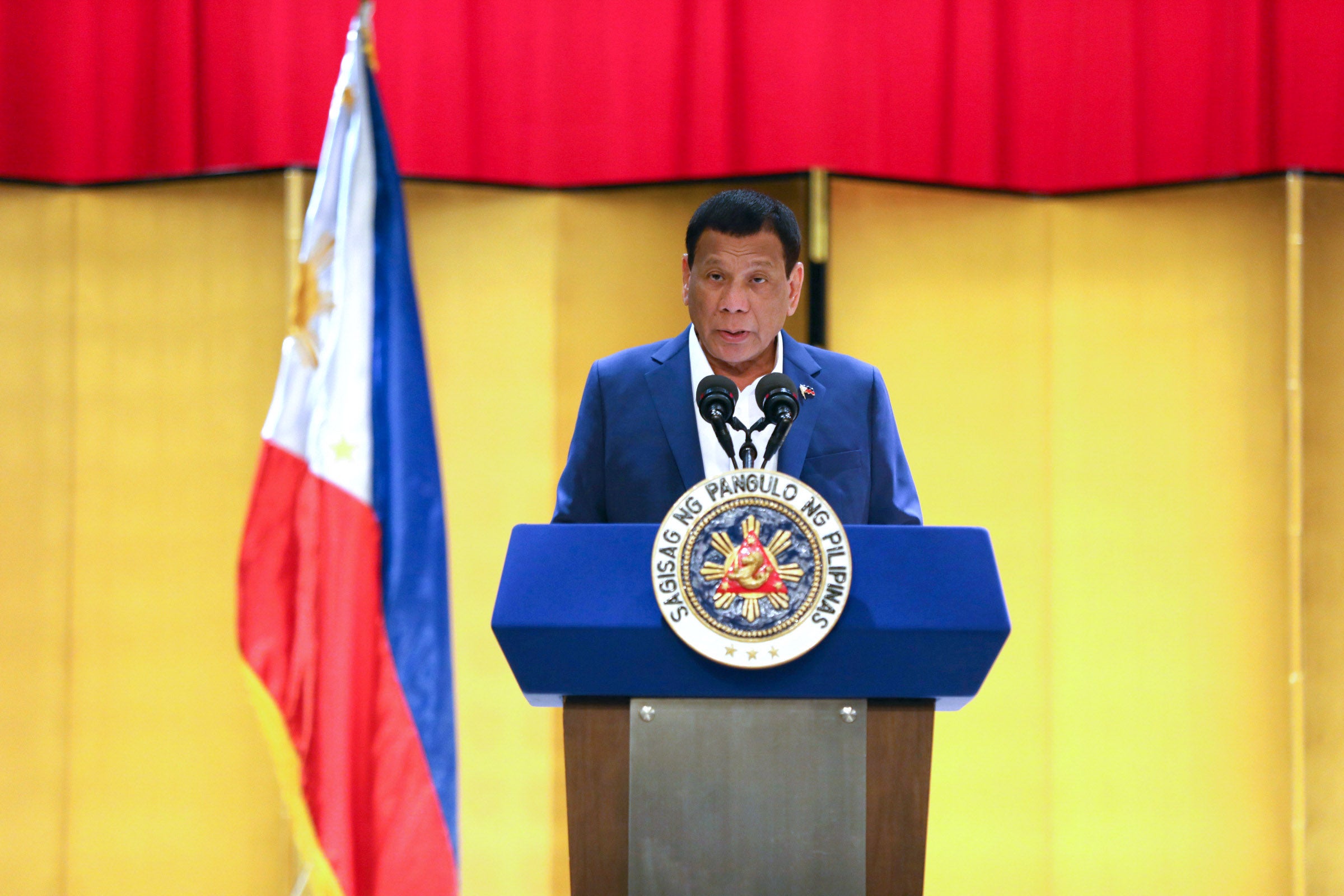 President Rodrigo Roa Duterte delivers his speech during the business forum at the Imperial Hotel in Tokyo, Japan on May 29, 2019. KARL NORMAN ALONZO/PRESIDENTIAL PHOTO

TOKYO — On the eve of his bilateral meeting with Japanese Prime Minister Shinzo Abe, President Duterte thanked Japan for its assistance and investments, and for always honoring its word.

“Japan is the one which really has a word of honor. It’s true… If I were you, you help Japan,” he said, addressing more than 1,000 overseas Filipino workers here on Thursday night.

Duterte said Japan is a “very disciplined country” with a “very courteous society,” noting the Japanese custom of bowing to show respect.

“First of all, they’re kind to us and they provide us with so many things for free,” he said.

Duterte met with the Filipino community in Tokyo on the third day of his working visit to Japan.

The President’s visit culminated in a bilateral meeting with Abe on Friday night.

The Department of Trade and Industry said 26 business deals were inked between Philippine and Japanese businessmen.

Aside from these arrangements, the President noted that several infrastructure projects were funded by Japanese aid.