JC marked its fifth year in the health and wellness industry on May 12, 2019 with a bang, putting up a dazzling show at the Mall of Asia Arena in Pasay City and giving away millions of pesos in prizes to lucky JC distributors.

Dubbed the 5th Good Life Summit (5GL), the event was a fitting celebration of the fastest-growing multi-level marketing (MLM) company the country has ever seen. 5GL was a grand showcase of JC’s fifth year in the MLM industry and an affirmation of its commitment to giving distributors The Good Life.

To date, JC has more than 40 branches nationwide and 8 headquarters in various part of the world with over 100,000 distributors of highly in-demand products formulated from the best ingredients sourced from all over the world that help individuals lead healthy, balanced lifestyle. These products include the Good Leaf Ashitaba Dietary Supplements, OmniFit Slimming Capsules, K-pads Negative Ion Napkin, Nature’s Own All Natural Shampoo & Conditioner, and many more.

And of course, the distributors were looking forward to the exciting prizes and surprises prepared for them by JC. At stake was P500,000 in cash given to five lucky winners – for a grand total of P2.5 million. Qualified distributors were also awarded free travel to London and Thailand. 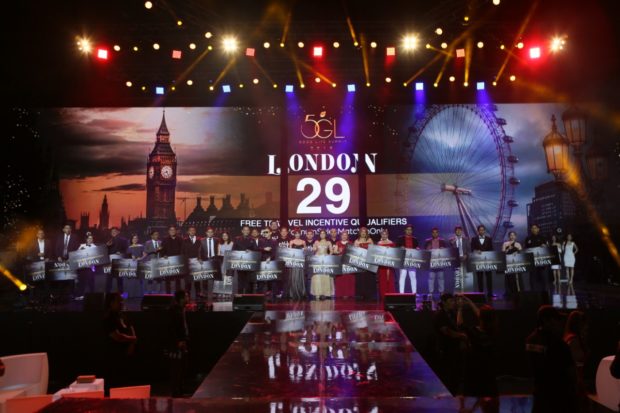 Another highlight of the celebration was the awarding of the Good Life Circle to distributors who reached their million-peso earnings with JC. A total of 59 people received the award, which is an affirmation that distributors can get what they need and want with hard work and a lot of support from JC.

Among the MLM companies in the country, JC has been the most generous to its distributors, making it easy for them not just to earn a good income but also snag valuable incentives. The secret is in its owners’ willingness to sacrifice a big chunk of their income for the benefit of their distributors. JC sets it at a mere 5 percent profit margin, allowing the company to give the incentives at much lower sales points. Because of this, JC has been able to provide free cars, travel, and other incentives to its distributors.

In his message at the 5GL, JC CFO Carlito Macadangdang told the huge crowd that the company continues to grow and expand with the goal of transforming not just the company but the lives of all distributors. He announced that the buy-one-take-one vouchers for JC products would be effective for a lifetime and are already available worldwide.

He also urged the crowd to download the JC University mobile app, saying it will help them learn how to earn a six-digit income. “It’s detailed and it will teach you the steps. Best of all, it’s free,” he said.

He ended his speech by expressing his appreciation to each and every JC distributor.

“I was thinking about what to tell you last night, but really, thank you for spending five years of your journey here. A lot of people do not trust you; I know you’ve felt that a lot of times. But your sacrifice for the company is not getting unnoticed. With us here, you will always be secured. Thank you and to God be the glory! Welcome to the good life!” he said.

For his part, JC CEO Jonathan So began his message by noting the happy coincidence that 5GL was being held on the same day as Mother’s Day.

“For all the teens, the kids, if you want to succeed in life, always follow your parents, love them,” he said.

He also thanked all the distributors who have put their trust on JC, especially those who came from distant places in the Visayas, Mindanao, and even abroad.

So gave the crowd the good news of the launch of the Nature’s Own Detergent Pod and even did a demo on how it was different from other leading detergents in the country.

He also announced that an all-expense paid trip to Vietnam and New York was up for grabs.

The celebration ended with So emphasizing its commitment to the JC distributors, so much that it is changing the landscape of the MLM industry. 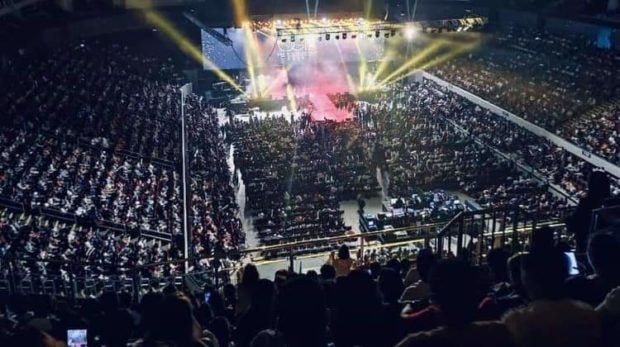