PNP chief to int’l critics: ‘Come to Philippines, see drug war for yourself’ 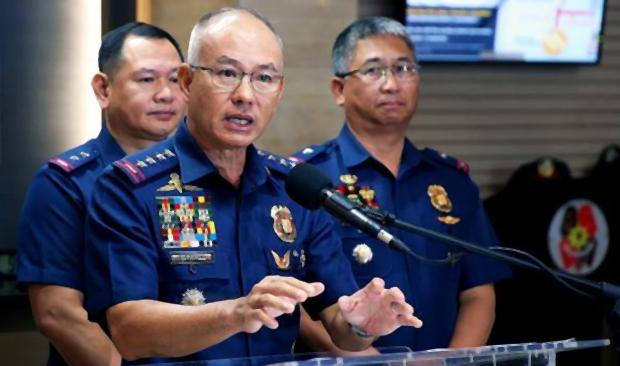 MANILA, Philippines — Philippine National Police (PNP) chief Police General Oscar Albayalde on Monday urged international critics of the Philippine government to visit the country and see for themselves the peace and order and the drug war being enforced here.

Albayalde said this after Malacañang earlier slammed American comedian Hasan Minhaj for his “erroneous narratives” about President Rodrigo Duterte, his senatorial candidates, and the war on drugs, on the May 12 episode of political-satire show “Patriot Act” aired on Netflix.

In a press briefing at the national police headquarters at Camp Crame, Albayalde likewise criticized the show for being “unfair to the administration and to those working in the country.”

“This is the very reason bakit siguro ‘yung bansa natin ay parang napoportray as parang napakagulo. That’s why we challenge these people to come here to our country and see for themselves kung ano ang sitwasyon natin on the peace and order and on war on illegal drugs,” the PNP chief said.

(This is the very reason why our country is being portrayed as a chaotic place. That’s why we challenge these people to come here to our country and see for themselves the situation on the peace and order and the war on drugs here.)

In a statement on May 14, Communications Secretary Martin Andanar hit Hasan for calling the President an “autocrat” and for his “exaggerated” figures on the number of deaths during the course of the drug war.

According to Albayalde, this portrayal of the country causes “misinterpretation” and “misconception” of the Philippines to people abroad.

Albayalde said he “respects” that the statements of Hasan were jokes, but urged him to be responsible in practicing comedy. (Editor: Julie Espinosa)