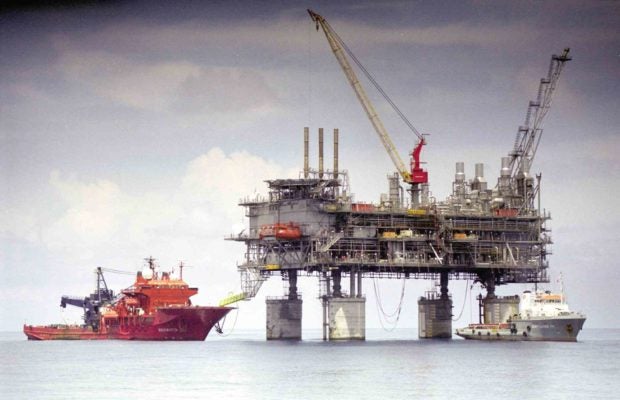 BAGUIO CITY, Benguet, Philippines — Make a deal with China to develop untapped natural gas in Philippine waters to forestall a projected power crisis, according to one of the scientists who helped develop the country’s first oil rigs and the Malampaya gas field.

Future energy and water problems would be “inexcusable” given that Filipino scientists discovered vast gas fields and other renewable energy resources back in the late 1970s and 1980s, including offshore areas which China is now claiming, said Arthur Saldivar-Sali, former chief geologist of the Philippine National Oil Co. (PNOC).

Without new big power plants to cope with bigger demand given the government’s “Build, Build, Build” infrastructure program, “geothermal energy is our best option at the moment,” Saldivar-Sali said, citing the 4,000 megawatts of potential energy if all of the country’s geothermal resources are tapped.

Tourist-drawing hot springs in Mountain Province and Ifugao and mines in Benguet and Kalinga can be converted into geothermal plants that will produce up to 590 MW, he said.

But because the warming weather may affect aquifer water levels that help renew geothermal energy in the future, the West Philippine Sea (also known as the South China Sea) remains the real option, Saldivar-Sali said.

‘We waited too long’

“We discovered the gas fields and technology, but China is now trying to head us off because nothing has happened [to harness these assets] … We waited too long. China appreciated what we found, so now it is claiming the whole South China Sea,” he said.

He said the country should treat China in the same manner it allowed American firms to drill and develop the Malampaya gas field in Palawan waters in 1989.

“China now has its navy there … Some people say, ‘Go to war.’ No. It’s better to work with them as long as they recognize we have partial if not total ownership of these resources,” Saldivar-Sali said.

The Malampaya deepwater gas-to-power project in 2001 had contributed 90 percent of electricity transmitted by the Luzon grid “making it a success,” he said.

But Malampaya’s lifespan will end in five years, with no replacement. Much of government’s vast revenues from the project were also stolen through a pork barrel scam that was uncovered in 2013, Saldivar-Sali said. The money was meant for more gas field explorations and development.

“From the time I left government until now, there has only been one discovery — Malampaya. From 1973 to 1986, the Ministry of Energy and the PNOC made 12 discoveries. We found one oil field every year, and we were drilling 5 to 30 times every year,” he said.

Last year’s world oil price spikes and the impact of excise taxes on fuel raised the country’s inflation to its highest levels in decades, Saldivar-Sali said in his book, “Black Gold: The Search for Oil to Power a Nation,” which he launched here on Friday.

He said the oil market fluctuations in 2018 reminded him about the 1973 oil crisis, which, he noted, should be “cold reminders of missed opportunities for a country that has not followed through with the assessment and development of the full potential of indigenous petroleum sources.”

Malampaya natural gas generates 25 percent of the country’s electricity, while oil-fired plants, which used to dominate power generation in the 1970s, have been generating only 4 percent. Coal-fired plants produce 48 percent while renewable energy plants generate 24 percent.