Philippines gets $12.2B in new investments, trade commitments from China 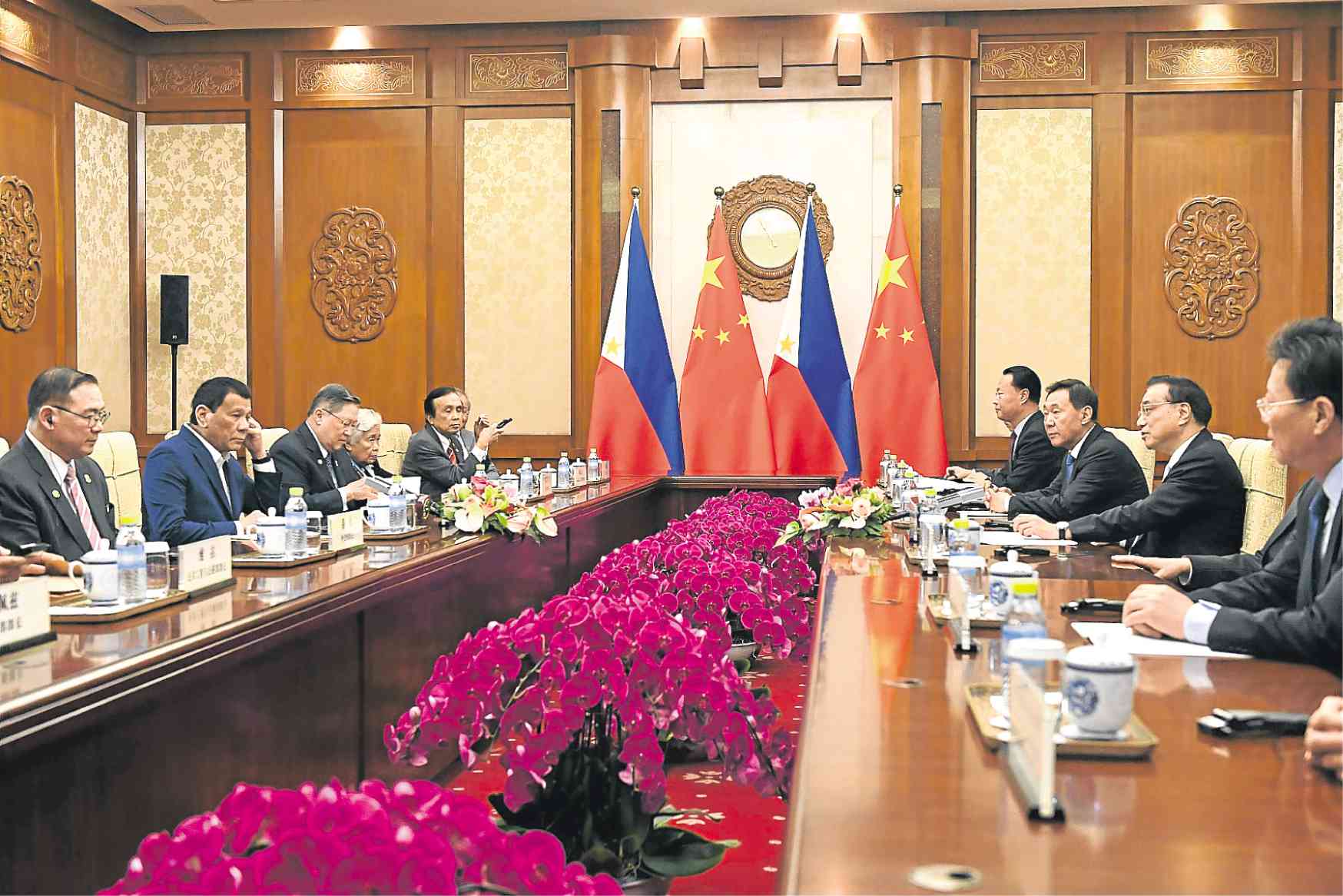 Duterte witnessed on Friday the signing of 19 business agreements, which are expected to create more than 21,165 new jobs in the Philippines, Trade Secretary Ramon Lopez said.

The President guaranteed to the Chinese businessmen that he would crack down on corruption and ease doing business in the Philippines.

Among the biggest winners during this trip is Filipino conglomerate Tranzen Group of mining mogul Salvador Zamora II. Tranzen signed a framework agreement with China Power Investment Holding for thermal, hydroelectric and renewable power plants cumulatively valued at around $1.5 billion to $2 billion. These are expected to create 1,000 jobs.

Tranzen likewise signed two memorandums of understanding (MOU) for infrastructure and telecommunications projects. One was with China Harbour Engineering Co. Ltd. for the construction of a Light Railway Transit in Manila, housing and roads in North Luzon.

These projects have a combined value of $4 billion and are expected to generate 1,000 jobs.

The Davao Occidental provincial government and Fengyuan Holdings also signed an MOU for a $1.5-billion petrochemical refinery processing plant complex to be located at the Tubalan Cove Business and Industrial Park. This could employ some 500 workers.

The Pampanga provincial government and Chinese company Macrolink Group likewise inked a $1.5-billion framework agreement to construct and develop the Yatai Industrial Park, which would create an estimated 10,000 jobs.

In all, the Philippines signed one contract agreement, three cooperation agreements, two purchase framework agreements and 13 MOUs and memorandums of agreements with Chinese companies.

Outside of the new deals, electronics manufacturer AAC Technologies disclosed plans to expand its operations in the Philippines during a courtesy call on Lopez by its officials.

AAC had set up shop at Gateway Business Park in General Trias, Cavite, taking over a Korean company in 2014. It committed to invest $30 million to manufacture stepper motors and motor reducers, creating about 3,000 jobs in the next three years.

To be developed by Pulangi Hydro Power Corp. and China Energy Co Ltd., this $800-million project aims to improve power supply reliability and resilience, particularly in Mindanao. About 5,000 jobs would be created by the project.

As part of a long-term plan to reduce dependence on imported fuels, the Department of Energy, Shanghai Electric Group Co. Ltd. and Deluxe Family Co. Ltd signed a $40-million MOU to collaborate on the promotion of indigenous, new and renewable energy resources.

Another telecommunication deal involved CITIC Guoan Information Technology, which signed a $500-million project to construct infrastructure for nationwide Wi-Fi internet connectivity in various capital cities and towns in the Philippines. This project is expected to create 1,000 jobs.

The Cagayan Economic Zone Authority (Ceza) signed six MOUs with Chinese companies to develop its economic zone. The projects include a $150-million yacht club, a $500-million green textile industry park, a $500-million expansion of the Cagayan North International Airport, a $100-million financial technology hub and financial center, a $500-million smart city, and $150 million for various projects, including a resort and theme park, and a lithium battery manufacturing plant.

A framework agreement was signed between GFTG Property Holdings and Sanya CEDF Sino-Philippine Investment Corp. for a $298-million project to develop Grande and Chiquita Islands under the Subic Bay Metropolitan Authority. The project is set to create 500 to 1,000 jobs.

Since rekindling diplomatic ties with China in 2016 after Duterte took office, the Philippines has attracted big-ticket infrastructure funding from China.

Based on various published reports prior to the President’s latest trip to China, the Chinese government and private companies have made more than $34.24 billion in investments, loans, aid and trade commitments to the Philippines from 2016 to 2018.

In a speech at the Forum on Friday,  Duterte urged fellow world leaders to redefine international cooperation to ensure that development assistance would not promote dependence but instead trigger sustainable growth anchored on mutual respect and mutual interests.

“Development assistance should build on capacities of nations. It should never foster dependence,” he said.

“It should be based on reciprocal benefits, motivated by keen interest in partner states to bring about real progress. This should be the new normal. And it is in our interest to work together to make this a reality,” he added. —WITH A REPORT FROM INQUIRER RESEARCH