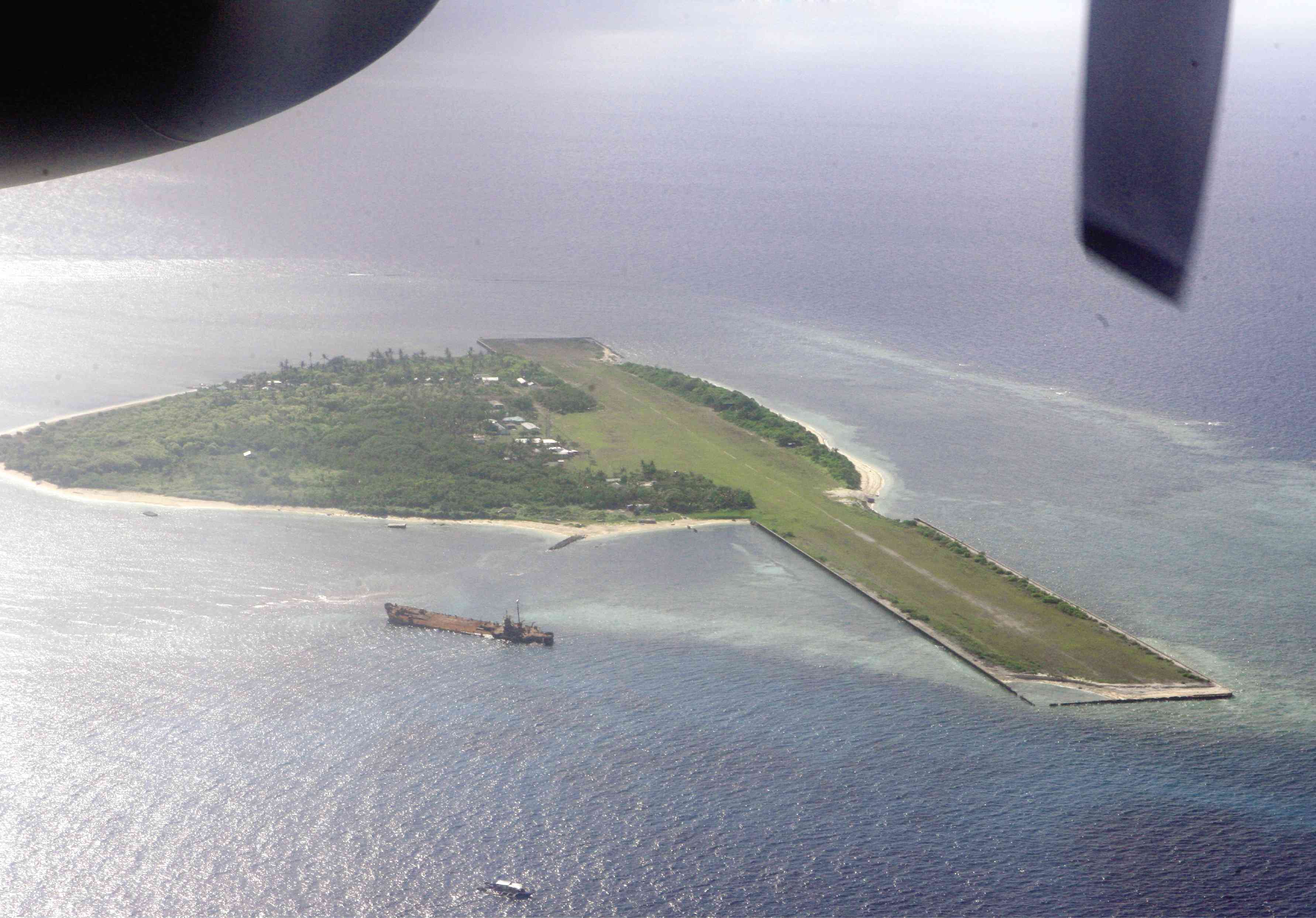 BEIJING—While China has continued to downplay the 2016 United Nations Convention on the Law of the Sea (Unclos) ruling favoring the Philippines’ territorial rights, tension between the two countries have subsided following the bilateral meeting between their top leaders.

In an interview on Friday, Philippine Ambassador to China Jose Santiago Sta. Romana told reporters that following the latest bilateral meeting between President Duterte and Chinese President Xi Jinping, “there was enough indication that the situation will be addressed and the concerns of the Philippines will be addressed.”

In recent weeks, maritime tension had escalated with the swarming of Chinese militia around Philippine-occupied Pag-asa Island in the Spratlys and the illegal harvesting of giant clams.

Recalling a “very frank but constructive” discussion between Xi and Duterte, Sta. Romana said the Philippine leader raised the Unclos ruling but noted that China had maintained their position not to recognize this arbitration process.

“It’s a card for us in terms of it clarifies our maritime entitlements. Unfortunately, the Chinese are not willing to recognize this. So, it’s a challenge. It will take more time,” the envoy said.

Nonetheless, Sta. Romana stressed that the two sides had agreed that their maritime differences “should not be an obstacle to the development of relations and that these differences could be discussed further through diplomatic channels.”

In an earlier briefing on Wednesday, Sta. Romana said the Philippines had already requested China in previous meetings to ask its militia to maintain an “appropriate” distance from Pag-asa Island to avoid “miscalculation” and escalation of tension. But during the bilateral talks, he said there was no specific discussion on such moving away from Pag-asa.

Nonetheless, Sta. Romana noted that fishermen from both sides are able to ply their trades.

“The Chinese side expressed willingness—in the interest of friendship and cooperation—to address the issues we have raised,” said Sta. Romana.

“There is no need for them to stay there and the Chinese took note of this because the Philippines is not a threat,” he said. 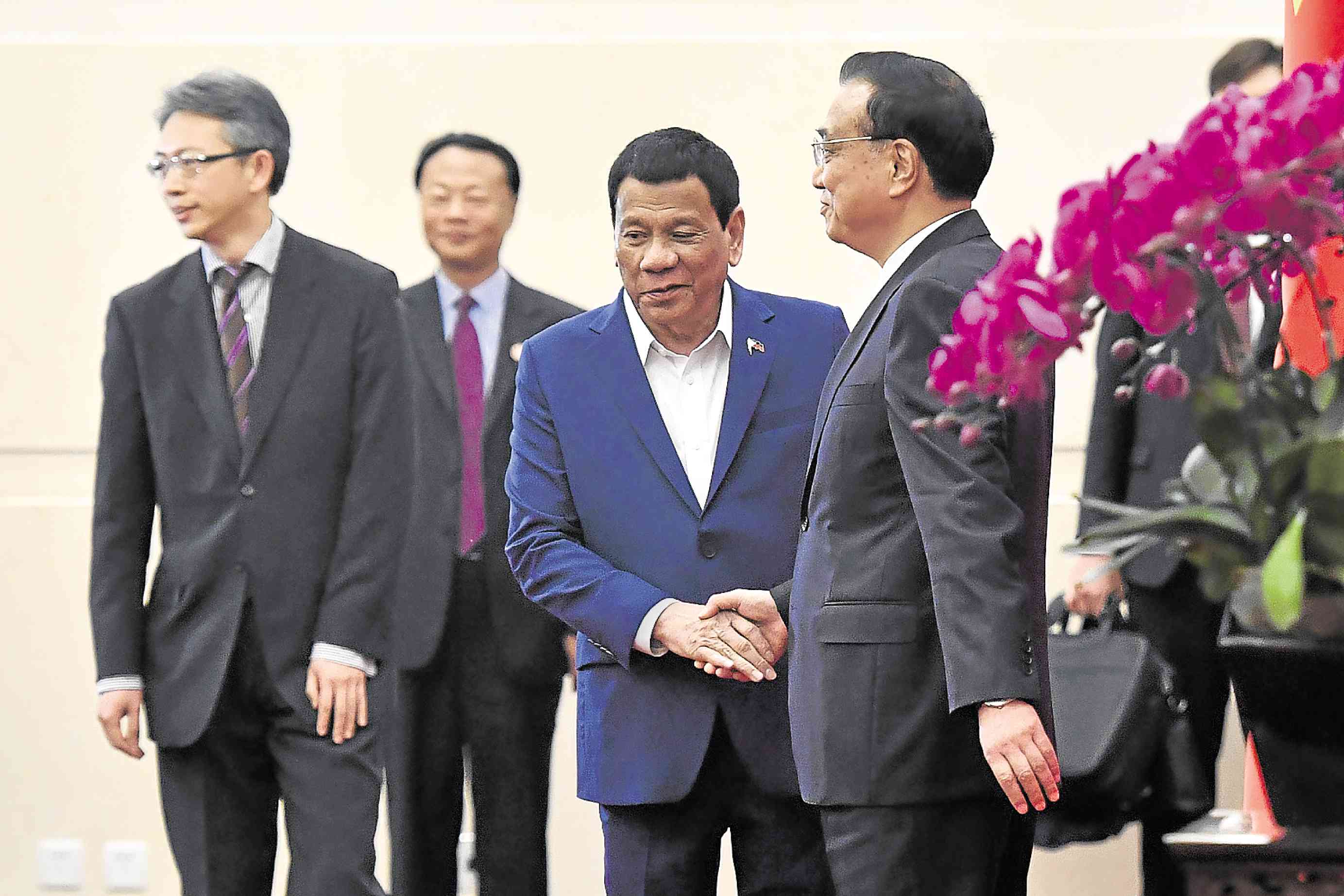 BELT AND ROAD President Duterte greets China’s Premier Li Keqiang on Thursday in Beijing where they held a meeting on the sidelines of the Belt and Road Forum attended by leaders from 37 countries. —AFP

The atmosphere when the maritime dispute was being discussed was “very friendly and very frank but constructive,” he said.

Asked whether the situation could improve in the coming days, the diplomat said: “Even now, atmosphere has already improved with the talks and I think this is a way of easing the tension. As for the actual situation of the ground, we’ll have to wait for the actual report.”

Sta. Romana said that by clearing the air at the top level, this was expected to set an example to forces on the ground.

“It doesn’t mean that the problems are over. The challenges are still here, but I think we have moved a significant step forward,” he said.

“We’re monitoring this but we certainly hope that the situation will normalize, will remain peaceful and stable, and that things can be worked out.”