Man pleads guilty to shipping lizards from Philippines to US 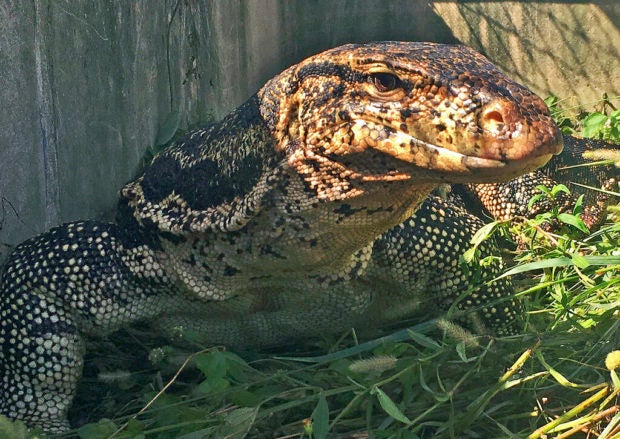 This image shows an escaped pet Asian water monitor lizard after it was captured in Davie, Florida. Federal prosecutors said that Derrick Semedo, of Nashua, New Hampshire, pleaded guilty on Tuesday, April 23, 2019, in Boston to smuggling 20 live water monitor lizards from the Philippines to the U.S., by placing them in socks, sealing the socks with tape, then concealing them in the back panels of audio speakers shipped to him. (Florida Fish and Wildlife Conservation Commission via AP, File)

BOSTON — A New Hampshire man who smuggled rare lizards from the Philippines to the U.S. by hiding them in socks and placing them inside electronic equipment has pleaded guilty.

Authorities say from March to December 2016, the Nashua, New Hampshire, man imported 20 live water monitor lizards by placing them in socks, sealing the socks with tape, then concealing them in the back panels of audio speakers or other electronic equipment. The equipment was shipped via commercial carriers to Semedo.

Some lizards were then sold to customers in other states.

He faces up to five years in prison at sentencing scheduled for Aug. 13.