15 Filipino nurses all safe after rockets hit hospital in Tripoli 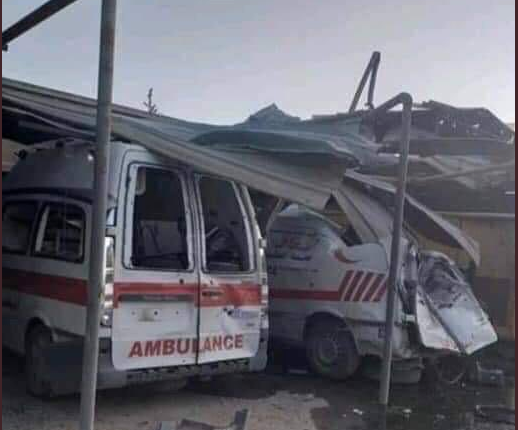 Two of the ambulances that were destroyed by the rocket attack of a hospital in Tripoli. Photo from @elmer_cato Twitter account

MANILA, Philippines — The 15 Filipino nurses stationed at a rocket-stricken hospital in Tripoli are all safe, the Philippine Embassy in Tripoli said on Thursday.

“We are relieved that 15 Filipino nurses at a hospital south of Tripoli that was struck by rockets last night are all safe,” Cato said.

He noted that the embassy could not contact the Filipino nurses “for a few hours.”

“We were assured by hospital owner they will be moved to a safe location today,” Cato added.

We are relieved that 15 Filipino nurses at a hospital south of Tripoli that was struck by rockets last night are all safe. @PhinLibya could not contact them for a few hours. We were assured by hospital owner they will be moved to a safe location today. @teddyboylocsin @DFAPHL pic.twitter.com/MbfhpfsM2i

Earlier, the Department of Foreign Affairs (DFA) said that the first batch of overseas Filipino workers (OWFs) in Tripoli, who availed of the government’s offer of repatriation, had already been evacuated.

Cato said they will be brought to Tunis, the capital of Tunisia, from where they will embark on a flight back to the Philippines.

One of them was Rolando Torres, who was injured Tuesday night due to rocket attacks in residential areas in Tripoli.

The remaining 13 Filipino workers “will be repatriated in the next few days,” Cato said in an earlier tweet. /jpv

READ: DFA to repatriate first batch of OFWs from Libya