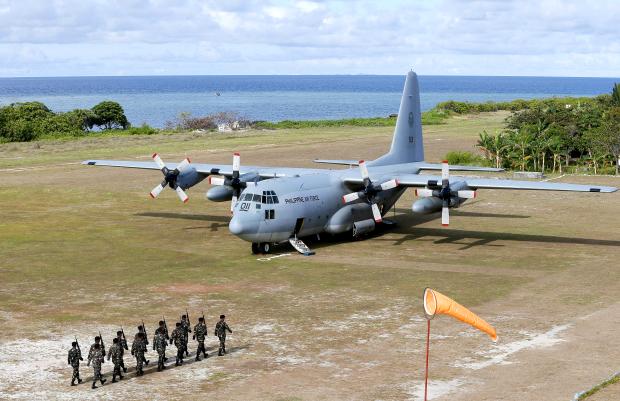 Duterte issued the statement as hundreds of Chinese maritime militia swarmed around the Philippine-occupied Pag-asa Island and other areas in the country’s exclusive economic zone (EEZ) in the West Philippines Sea.

The President then asked China to meet the Philippines halfway in their longstanding maritime dispute in the South China Sea.

“I will tell China now that they should also meet [us] halfway – for example, in this issue of our fishermen [being driven away] and the swarming of Pag-asa [by Chinese vessels],” he said, speaking partly in Filipino, in his speech at the PDP-Laban campaign in Batangas City.

The Armed Forces of the Philippines (AFP) had earlier reported a surge of vessels from a Chinese fishing fleet around Pag-asa island.

The vessels have been blocking the access of Filipino fishermen to Scarborough Shoal, despite the ruling of the Permanent Court of Arbitration in The Hague affirming the shoal as a traditional fishing ground of Filipinos.

Following his recent warning to China not to touch Pag-asa Island, Duterte said it would mean trouble if one Filipino soldier would die in the West Philippine Sea because of China’s continued aggression.

“I said: Don’t surround the island because I have troops there. Don’ make a mistake… I just issued a warning. I was not threatening China. But it could precipitate trouble there. If I lose a soldier — just one — there will be trouble,” the President said in Filipino.

Despite his warning, however, he said the Philippines could not go to war against China.

According to him, Chinese planes can reach Manila in 14 minutes and drop bombs.

“We don’t have anything to counter that,” he said.

“But now, if you ask me to fight China, OK. Who will come? Who? Name five countries who will help us. America?” he said.

On Tuesday, Foreign Affairs Secretary Teodoro Locsin Jr. said that the Philippines could to the United States — its “only military ally” — should there be “a clear act of aggression” in the South China Sea.

READ: Locsin: PH can turn to US if there’s ‘clear act of aggression’ in South China Sea