Learning history is more fun in the Philippines
By: INQUIRER.net BrandRoom - @inquirerdotnet
11:12 AM April 08, 2019

As the Philippines celebrates its heroes –April 7th is Tribute to Veterans Day, and April 9th is Araw ng Kagitingan or National Heroes’ Day — it is good to remember Corregidor and Bataan. These two places have become synonymous with Filipino and American courage and determination in protecting our freedom. Here are some things to recall about these two historical sites:

1) Both Bataan and Corregidor are legendary in the history of war. Despite relentless attacks by Japanese forces in 1942, and without reinforcements coming from the United States, Filipino and American troops fought back for several months. 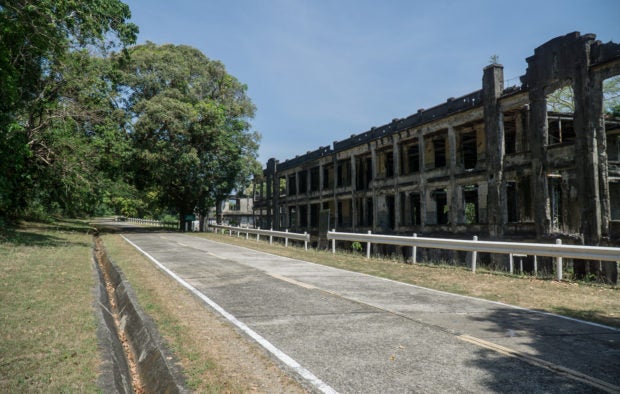 CORREGIDOR-OCULAR5 MILE LONG BARRACKS. Measuring 1, 520 feet, This is reportedly the longest military barracks in the world. During the American Commonwealth and before World War 2, this structure housed some 8,000 U.S. troops. These ruins are all that are left after Japanese forces bombarded the area.

2) Bataan fought from January 7, 1942 until April 9, 1942 after being overwhelmed by superior Japanese firepower and troop numbers. After some 76,000 Filipino and American troops surrendered, they were forced to walk around 96 to more than 100 kilometers from Bataan to Capas, Tarlac. This was the infamous Bataan Death March. 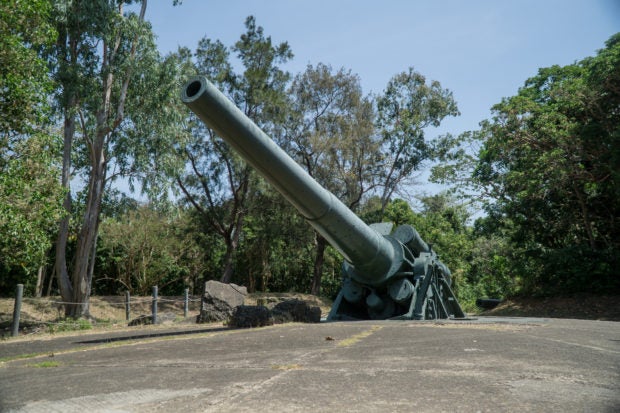 CORREGIDOR-OCULAR10
BATTERY HEARN. This 12-inch (350 mm) artillery gun fired 1,000 pound mortar shells and was the longest gun on Corregidor island. It spun 360 degrees on its rotating platform and launched shells as far as 27 kilometers. It didn’t see action during the Corregidor siege because of its position. It’s famous because Japanese soldiers took their victory “Banzai!” photo beside this gun.

3) From December 29, 1941 until May 6, 1942, the Japanese Imperial Army attacked Corregidor and dropped thousands of bombs on the island. On May 6, the leader of all US and Filipino Allied forces in Asia, Lt. Gen. Jonathan Wainwright, led his men in their surrender to the Japanese. They fought as long and as hard as humanly possible. 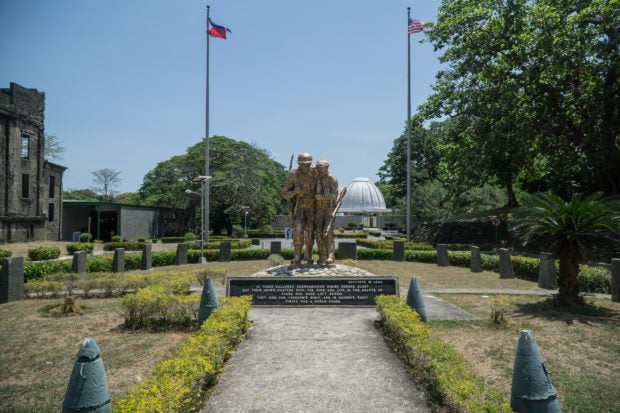 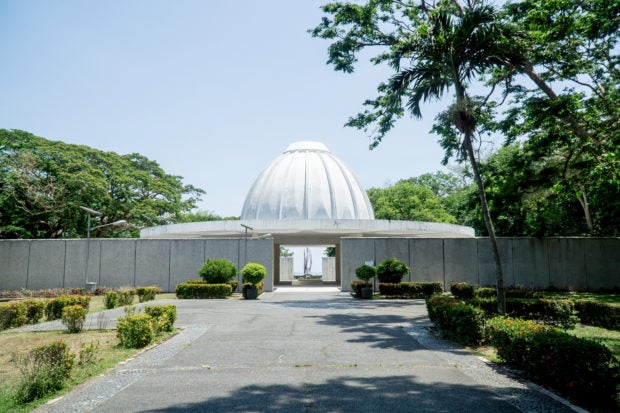 CORREGIDOR-OCULAR16
PEACE DOME. This is a place for contemplation and spiritual reflection. Built in 1968 and reportedly costing $3-million, it features a dome housing a circular altar. Every May 5th at 12 noon, sunlight streams through the dome’s opening (oculus) above and shines directly on the altar. This only happens once every year.

Corregidor is now an eco-tourism site managed and operated by the Corregidor Foundation, Inc. (CFI) under its current chairperson and CEO, Ms. Cynthia Carrion.  It is strongly supported for development and marketing by the Tourism Promotions Board (TPB) under the aegis of Department of Tourism (DOT).

The DOT, TPB and CFI jointly manage Corregidor to remind us not so much of the horrors of war but rather, how high a price we must pay for our freedom and how we must all work to keep the peace.

Walking down history lane is made more engaging in Corregidor by taking the guided tram tour of the island and passing through the Malinta tunnel with lights and sounds show which one should not miss. 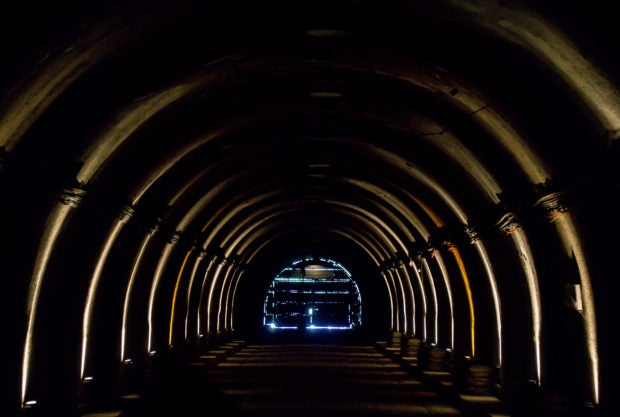 CORREGIDOR-OCULAR 23
MALINTA TUNNEL. This tunnel is 831 feet (253 m) long, 24 feet (7.3 m) wide and 18 feet (5.5 m) high. It served as the residence of Philippines President Manuel L. Quezon and Vice-President Sergio Osmena along with their families after they fled Manila during the Japanese invasion. Quezon, Osmena, and their families were eventually brought to the U.S. along with Gen. Douglas McArthur via submarine. The tunnel also housed soldiers, medical personnel, and civilians left behind while Japanese forces laid siege to Corregidor.

As an eco-tourism site, Corregidor is not just a repository of history but an island full of fun and excitement.  A fully functional beach resort and camp sites are available for families and friends to relive history, relax and unwind. Indeed, history is made more fun in the Philippines!

For more information, go to http://www.corregidorisland.com.ph/