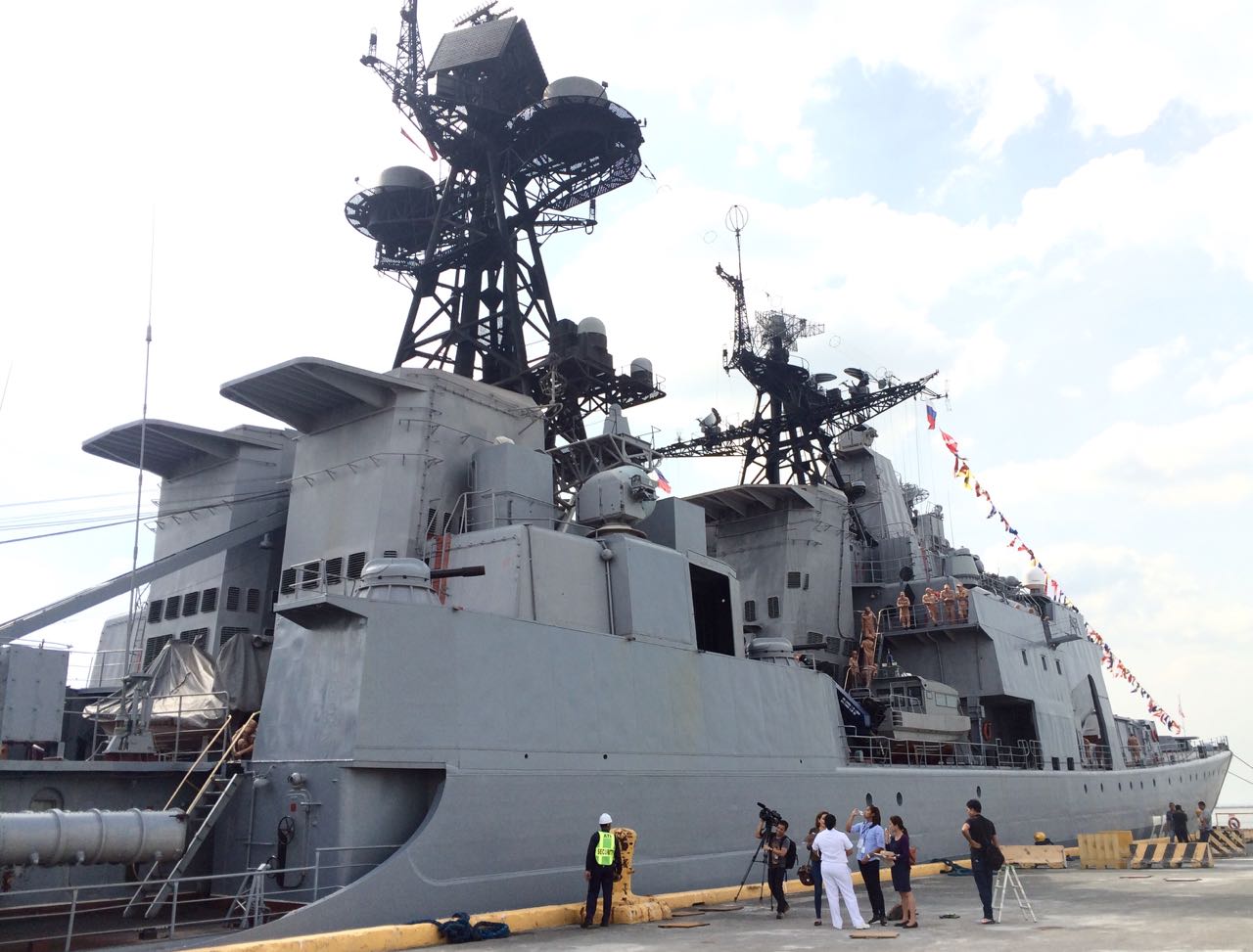 MANILA, Philippines — A Russian Navy contingent will drop anchor in Manila next week for a five-day goodwill visit.

Anti-submarine ships Admiral Tributs and Vinogradov, and large sea tanker Irkut will arrive in Manila on Monday, the Philippine Navy said in an advisory.

A welcome ceremony awaits the Russian visitors. Other exchanges were not detailed.

This will be the second time that Russian Navy vessels will visit Manila this year after the first batch in January. The port call also comes while the Philippines’ Balikatan military exercises with the US are underway.

The visit is expected to highlight the growing defense ties of Manila and Moscow, one of the results of President Rodrigo Duterte’s so-called independent foreign policy.

Russian vessels have made a number of port calls in the Philippines since Duterte became President. He already toured the warship Admiral Tributs in 2017.

In July, the Philippines is expected to sign a naval cooperation agreement with Russia. /kga