2 complaints vs Duterte on drug war under ICC preliminary examination

MANILA, Philippines — The International Criminal Court (ICC) at The Hague has started its preliminary examination on the second complaint filed against President Rodrigo Duterte for charges of murder and “crimes against humanity” over the government’s crackdown on the illegal drugs trade.

In a letter dated April 4, the ICC’s Office of the Prosecutor told the National Union of Peoples’ Lawyers (NUPL) that it has started preliminary examination on its complaint — or formally referred to as a communication —  filed against the President on August 2018. 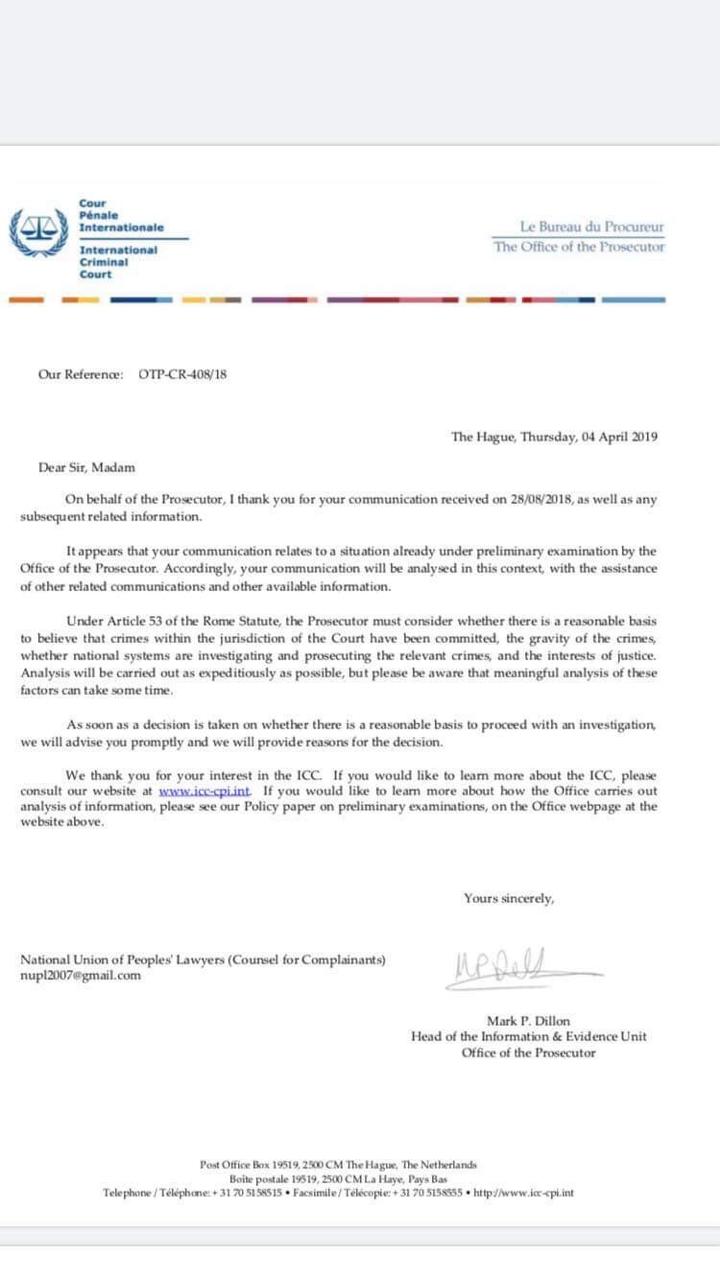 “It appears that your communication relates to a situation already under preliminary examination by the Office of the Prosecutor,” the letter read, which was released to the media on Friday.

“Accordingly, your communication will be analyzed in this context, with the assistance of other related communications and other available information,” it added.

In August last year, activists and the families of eight victims of the President’s war on drugs, who were represented by the NUPL, filed a complaint before the ICC.

It was the second petition that accused the President of murder and crimes against humanity in relation to the war on drugs.

The first one was filed by lawyer Jude Sabio in April 2017, citing the “continuing mass murder” in the Philippines as shown by the thousands of Filipinos killed in the anti-criminality and anti-drug campaigns that began when the President was still mayor of Davao City.

Duterte, 11 others accused of crimes against humanity before ICC

The ICC has started preliminary examination on the first complaint in February last year.

ICC to launch ‘preliminary examination’ on PH ‘war on drugs’

Lawyer Edre Olalia of NUPL said the second complaint will be consolidated with the Sabio’s complaint as it is already under preliminary examination by the ICC.

“Yes, logically and expectedly,” Olalia said in an interview when asked if the second complaint would be consolidated. /muf