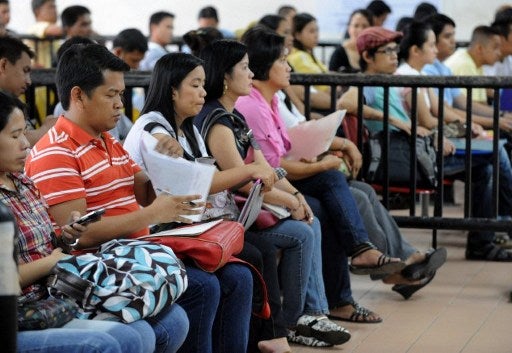 HAGATNA, Guam — More than 350 Filipino workers have been approved by the government of Guam to work at projects on the island, according to officials.

Petitions for 355 workers received approval despite the recent removal of the Philippines from the list of countries approved by the U.S. government for new H-2B visas, the Pacific Daily News reported Monday.

Four contractor firms were approved to host workers from the Philippines including Core Tech, Nan Inc., J Corp., and Northern Construction, according to the governor’s office, which said Core Tech was allowed to apply for a second project using 258 current H-2B workers.

Contractors should be able to petition for H-2B workers if they are unable to source skilled workers on Guam, Gov. Lou Leon Guerrero said in a statement.

“The H-2B denials in 2017 and the ban placed on the Philippines created a shortage of labor on Guam, driving up the price of construction and halting many projects on our island,” Leon Guerrero said, adding that Guam’s construction is connected to U.S. military goals. “As I’ve told the White House, the U.S. Congress, the Department of Homeland Security, and the U.S. Citizenship and Immigration Services during my trip to D.C. last month, every construction project on Guam is tied to the military buildup.”

There are 858 visa workers currently on Guam and 629 workers scheduled for arrival, according to officials, who said projects related to the airport, roads, hotel construction or renovation, and utilities have been approved in recent months.