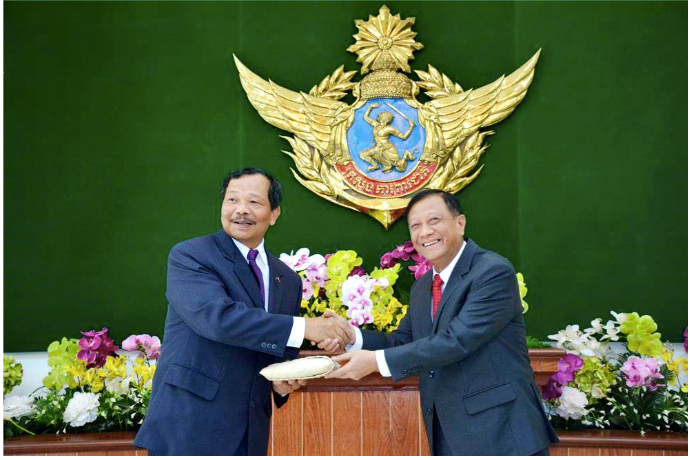 MANILA, Philippines — The Philippines and Cambodia held a Joint Defense Cooperation Committee (JDCC) meeting last week in Phnon Penh, a first between the two countries with decades of diplomatic relations.

The meeting, led by Department of National Defense Undersecretary Ricardo David Jr. and Cambodia’s State of the Ministry of National Defense Secretary General Neang Phat, was an offshoot of the 2017 memorandum of understanding on defense of cooperation of the Philippines and Cambodia, said Defense spokesperson Dir. Arsenio Andolong in a statement on Tuesday.

Regional defense and security issues such as cyber security, counterterrorism and violent extremism, and peacekeeping operations were among the issues tackled in the meeting during David’s visit from March 11 to 14.

Andolong said both leaders also finalized various engagement activities between the militaries of the two countries.

“We are pleased that we are able to advance our activities and engagements. We hope that this will be sustained and enhanced, to ensure a more meaningful contribution to regional peace and prosperity,” David was quoted as saying.

The second JDCC meeting will be held next year in Manila. /jpv