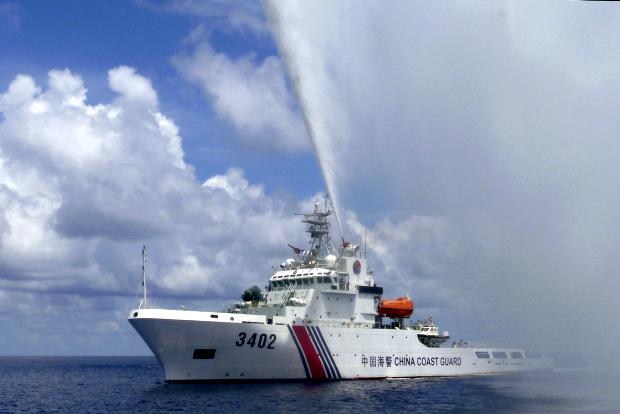 MANILA, Philippines — The Philippine military is verifying latest reports that China is driving away Filipino fishermen in Panatag Shoal (Scarborough Shoal) in the West Philippine Sea.

“We will validate this. If this report is true, we can only file a complaint against China through NTF WPS (National Task Force West Philippine Sea) so it can reach the bicameral mechanism between China and Philippines,” Lt. Gen. Emmanuel Salamat, commander of AFP Northern Luzon Command, told INQUIRER.net.

The Chinese Coast Guard has allegedly denied access to Filipino fishermen as they approached the shoal based on recent accounts of locals, the INQUIRER reported on Sunday. China had occupied the disputed shoal since 2012 after a standoff and they blocked Filipino fishermen since.

The situation has supposedly changed due to the improving relations with China under the leadership of President Rodrigo Duterte. But the reports of harassments continue. Last year, there were filmed incidents of Chinese Coast Guard taking away the catch of Filipino fishermen and barring Philippine media from filming a documentary.

But Salamat played down the short documentary video released by senatorial candidate Neri Colmenares on harassment of Filipino fishermen in Panatag, saying it only portrayed “half truth.”

“Some of the allegations there like destruction of bancas are not true,” he said.

There are also no dredging ships in the disputed area, he added.

Salamat said they continue with their regular maritime patrols to maintain their maritime awareness and presence. They also get information from fishermen. /jpv