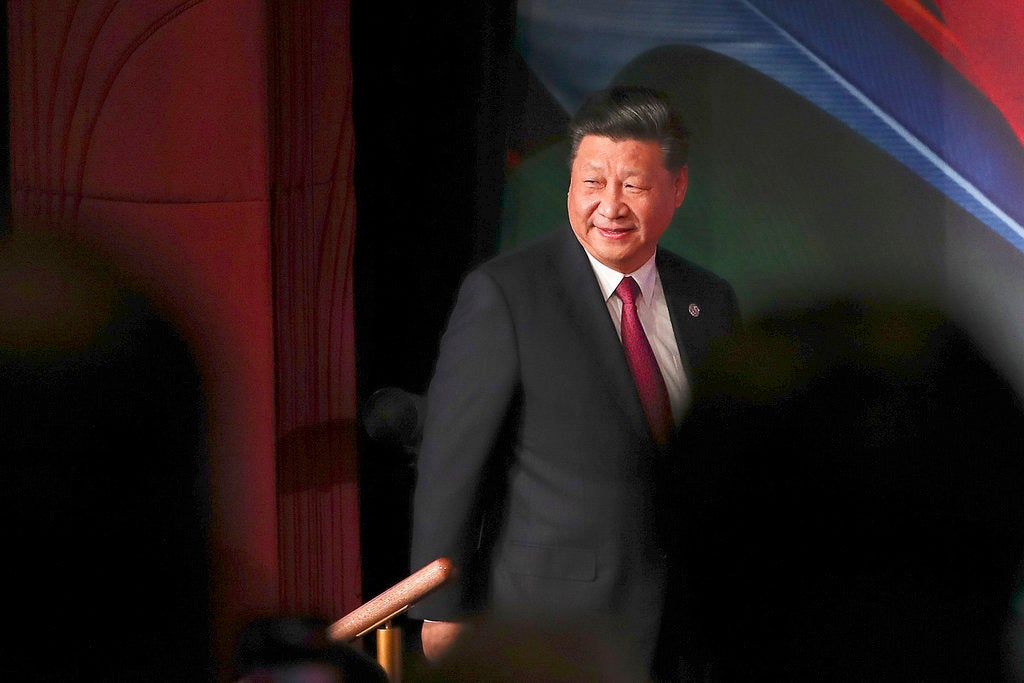 The bold move by former Philippine officials to charge the leader of one of the world’s superpowers with crimes against humanity continued to win support as a patriotic act and a means to call out Beijing’s “bad behavior” in the South China Sea, even though the Duterte administration dismissed it as a “futile exercise.”

“It is a patriotic move on the part of ex-Ombudsman Morales and former DFA (Department of Foreign Affairs) Secretary Del Rosario that deserves the support of every freedom-loving Filipino whose duty is to protect and preserve our country’s sovereignty and territorial integrity,” Lacson said on Saturday.

He described the complaint as a novel case and said a ruling in favor of the Philippines would boost the country’s victory in the Permanent Court of Arbitration, which had invalidated Beijing’s claims to nearly all of the South China Sea.

“While the arbitral ruling is admittedly unenforceable especially against a superpower like China, an ICC decision in favor of the complainants in this case at the very least could exert international pressure, which will give us obvious advantage,” Lacson said in a text message.

The two former officials filed the complaint, technically called a communication, on behalf of Filipinos and the hundreds of thousands of Filipino fishermen “persecuted and injured” by China’s aggressive island-building in the West Philippine Sea, waters that are within the country’s 370-kilometer exclusive economic zone.

China’s “atrocious actions,” which brought about the “most massive, near permanent and devastating destruction of the environment in humanity’s history” affecting the Philippines and other countries around the disputed waters, constitute crimes against humanity that the ICC could prosecute, Del Rosario and Morales said in their complaint.

The move, however, would “continue to shine a light on Chinese coercion, naming and shaming Beijing for its bad behavior.”

“They (Del Rosario and Morales) realize that the only way to impose costs on China are for the international community to treat it as a bad actor, and that can’t happen if no one is talking about its bad behavior,” Poling said in an e-mail interview with the Inquirer.

Poling said Beijing was unlikely to retaliate “because it values the current positive relationship with the Duterte government.”

Filipino fishermen, particularly those from the town of Infanta in Pangasinan province, are fearful of reprisals from the Chinese, who may drive them away again from Panatag (Scarborough) Shoal, about 240 km west of the province.

China’s coast guard prevented Filipinos from even approaching this rich fishing ground following a two-month standoff between Chinese and Philippine forces at the shoal in 2012 under then President Benigno Aquino III.

Filipinos were allowed to fish in the area, but not inside the shoal, after the Chinese-friendly Duterte administration started to mend ties with Beijing in late 2016.

Del Rosario on Saturday urged the fishermen to remain hopeful that the case filed against the Chinese leader would give them relief and even lead to reparations.

“For our devastated fishermen, the hope of a game changer may currently lie with the ICC. Let us be hopeful,” Del Rosario said.

He earlier said that President Rodrigo Duterte could be more helpful to the Filipino fishermen by not blocking the case at the ICC but by “ensuring they do not continue to undergo the suffering they have experienced.”

“And furthermore, this presents an opportunity in negotiating for reparations,” Del Rosario told the Inquirer.

Presidential spokesperson Salvador Panelo said in a statement on Saturday that the case could be dismissed because China was not a member of the ICC and filing the complaint “may be a futile exercise.”

The case against Xi was for environmental damage, which is not included in the acts that could be tried by the ICC, further weakening any ground for the court’s jurisdiction over China, Panelo said.

“We do not need the help or disturbance of a biased tribunal known to politically prosecute heads of state, the very reason why powerful countries like the United States, China, Russia and Israel, to name only a few, have either withdrawn their membership as state parties from the Rome Statute or declined to be members of the ICC,” he said. —Reports From Juliet Labog-Javellana, Leila B. Salaverria, Christine O. Avendaño and Jaymee T. Gamil