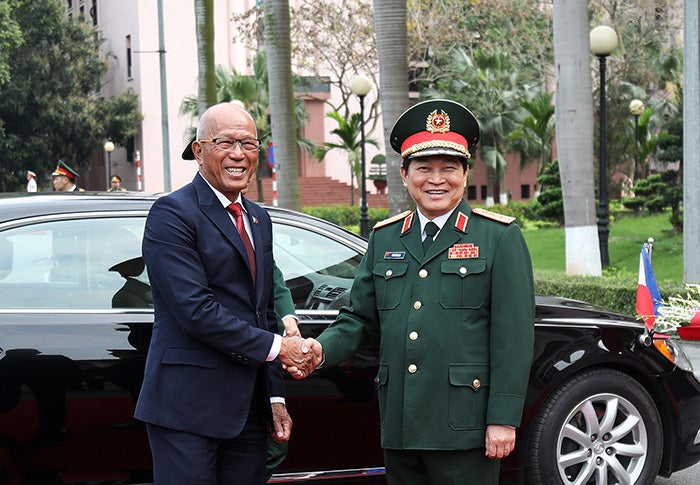 “(We talked about) how to navigate the issue in the face of China’s increased activity. We both agreed that the COC (code of conduct) should be pursued and concluded in the fastest time possible,” Lorenzana told reporters in a text message.

Aside from the Philippines and Vietnam, the South China Sea – a strategic waterway believed to contain vast resources – is also being claimed by China, Brunei, Malaysia, and Taiwan.

But China claims almost 90 percent of the South China Sea. While this claim had been dismissed by the UN Permanent Court of Arbitration in 2016 in a case filed by the Philippines, China continues to ignore the ruling.

Lorenzana met with his Vietnamese counterpart General Ngo Xuan Lich in Hanoi during his Monday to Wednesday visit.

According to a news release posted on Vietnam’s Ministry of Defense website, the two leaders exchanged views on the current situation of their respective countries, as well as regional and global issues.

“The two sides decided to boost cooperation in key fields, such as exchanges among young officers, the defense industry, non-traditional security, air forces, and military medicine,” it added. /muf