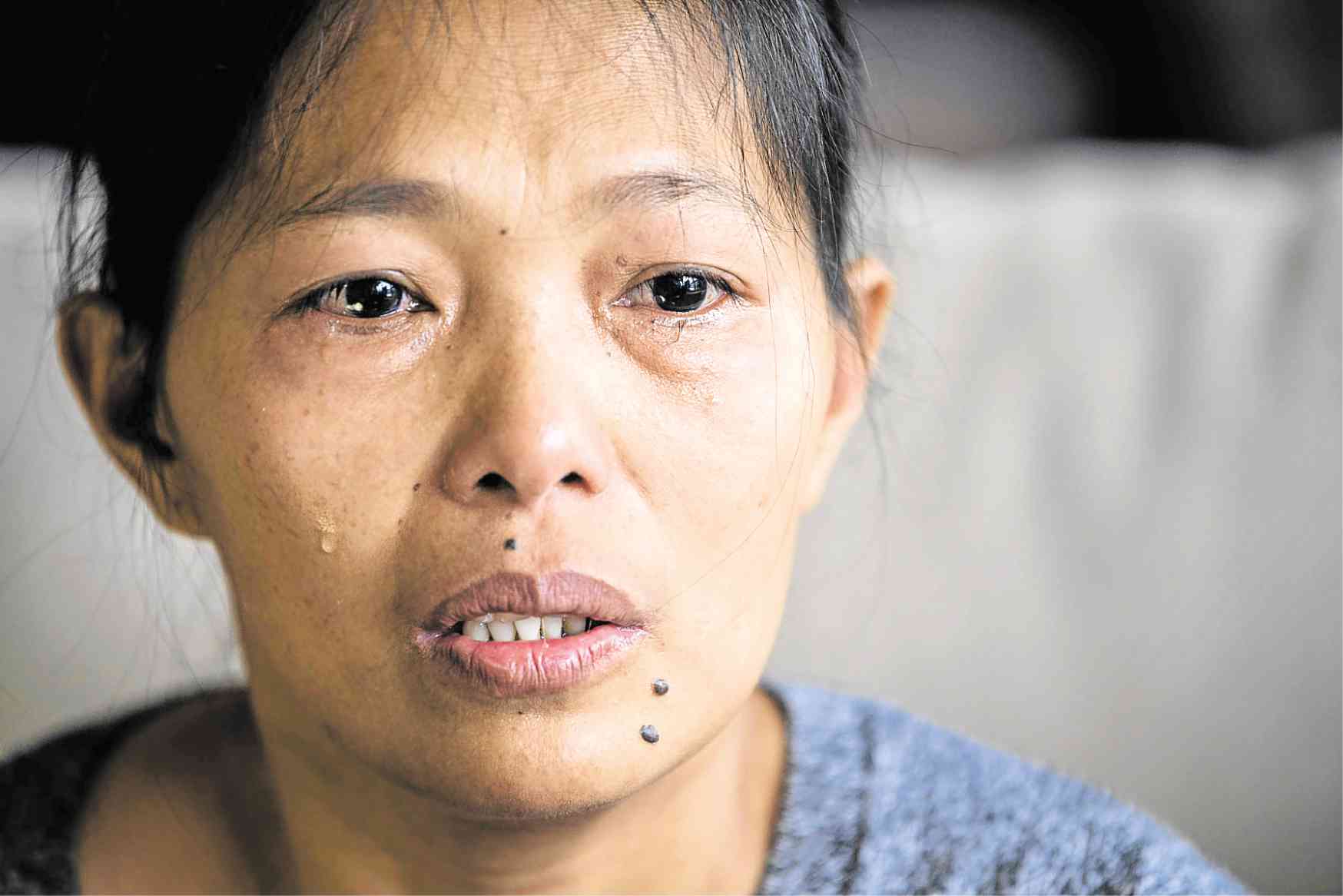 MAID IN DISTRESS Filipino maid Baby Jane Allas was fired by her Hong Kong employers after she was diagnosed with cervical cancer in January. Her dismissal is likely illegal and she has mounted a challenge. —AFP

HONG KONG — The case of a Filipino domestic worker in Hong Kong who was sacked after being diagnosed with cervical cancer, leaving her without health care, shines a light on the exploitation of tens of thousands of foreign women who toil as maids in the wealthy city.

A single mother of five, Baby Jane Allas was just 38 when she was diagnosed with Stage 3 cervical cancer in January.

Then came a new gut punch—a letter from her employers terminating her service, and with it any hope of getting her medical expenses covered under Hong Kong law.

“Reason(s) for termination (if any): Diagnosed with cervical cancer,” read the letter, which was seen by Agence France-Presse (AFP).

Allas was floored. Her firing was likely illegal and she is launching a challenge. But once sacked, she instantly lost the right to health care and had just two weeks to leave the city.

“I want to finish my contract … because I have five children, only me, I am [a] single mother,” Allas said, her voice breaking as tears ran down her face.

Women like Allas are the bedrock of Hong Kong’s households.

City authorities say the system is fair and that abuses are rare.

Local rights group Justice Centre Hong Kong estimates as many as one in six maids work in conditions that constitute forced labor.

Last year, the US state department placed Hong Kong on par with Thailand and Afghanistan in its annual human trafficking rankings, partly because of the lack of protections offered to maids. 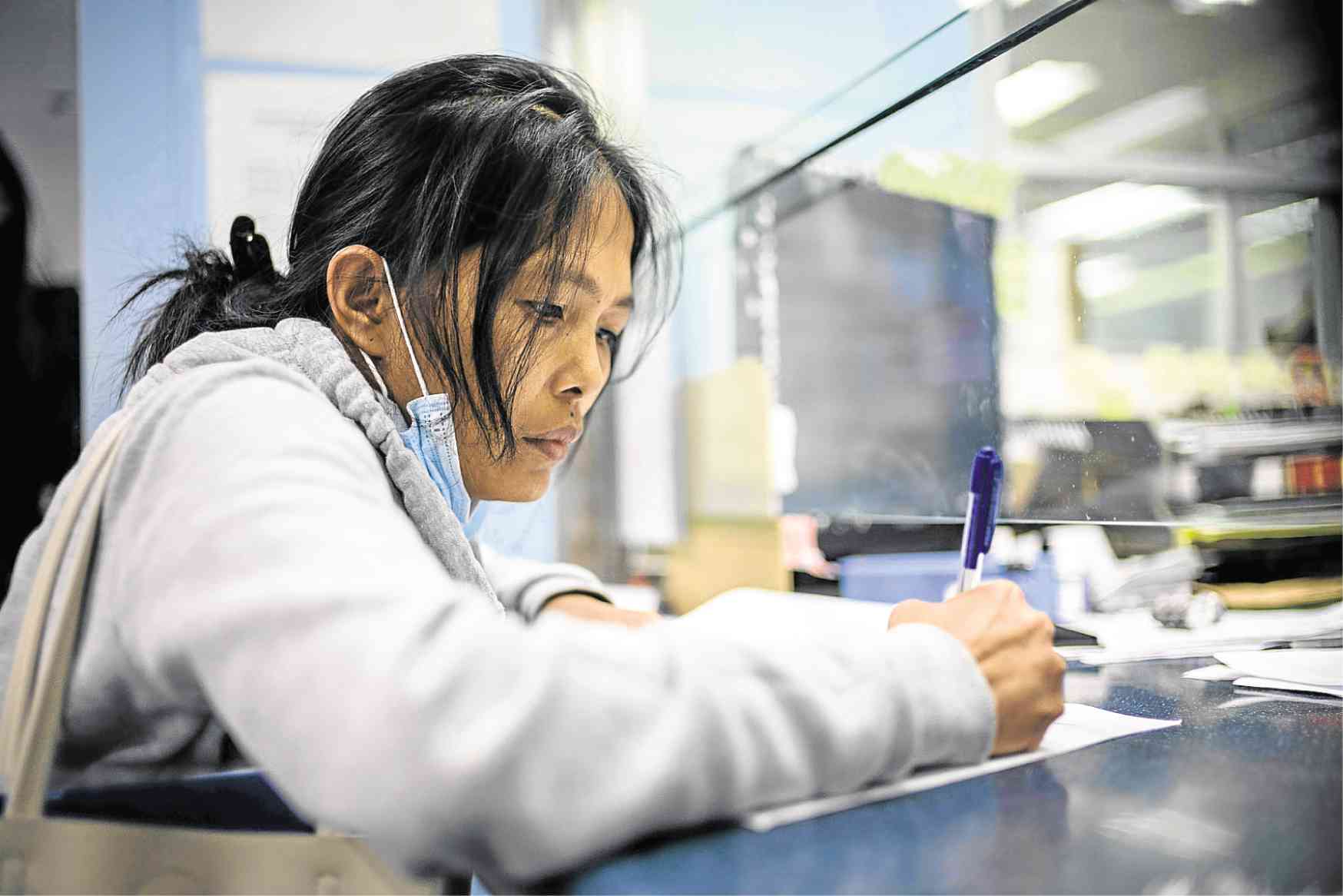 SHE’LL FIGHT Baby Jane Allas applies for a visa extension at the Immigration Office in Hong Kong to get time to challenge her dismissal. She has landed a new job with an American resident of the city, who is helping her raise funds for her medical expenses. —AFP

Experts say steep agency fees, a requirement for maids to live with their employers, a minimum monthly wage of just $575 and rules that require fired domestic workers to quickly depart the city leave maids acutely vulnerable to abusive or unscrupulous employers.

Allas spent just over a year working for a family of Pakistani origin who ordered her to perform tasks even on her one day off each week.

She was routinely given stale leftovers to eat and slept on a thin comforter in a cluttered store room, she added.

“My neighbor … gave me noodles, she is very nice to me, she said, oh what happened to your body, you are so delicate now, only one year you lost your weight,” Allas recalled.

AFP reached out to her employer for comment, but she did not respond to phone calls and messages.

She landed a job with an American, Jessica Cutrera, who has since taken Allas in, helping her to fight her case and starting an online fundraising campaign to pay her medical bills, which has so far raised some $43,000.

Cutrera wrote on the campaign’s site that her family would “happily employ her ourselves but she cannot be hired under a new contract with an active advanced cancer diagnosis.”

“We have obtained support to pursue an extended visa while she fights her claim, but this visa will not allow her to access government paid care,” Cutrera said.

Allas has filed a complaint with the labor department and her visa extension has given her a temporary reprieve while she fights her case.

The department told AFP that it would provide “appropriate assistance.”

She has also filed a complaint with the Equal Opportunities Commission, which declined to comment on the case but said it is unlawful to dismiss an employee on the ground of disability.

“There remains prevalent discrimination against employees who have to take leave for their disabilities or to undergo medical treatments,” it added.

Under Hong Kong law, employers must cover helpers’ medical expenses and are advised to take out insurance.

But Cynthia Abdon-Tellez, general manager of Mission for Migrant Workers, said ultimately “it is the responsibility of the government to ensure migrant domestic workers have access to public health care” regardless of employment status, because cases of wrongful termination are not uncommon.

Mary Ann said she felt “broken” by her sister’s plight and had sought to support her with her own earnings, which exceed the minimum wage.

As Allas faces an uncertain future—racked by disease and fear—she hopes the authorities will stand up for women like her.