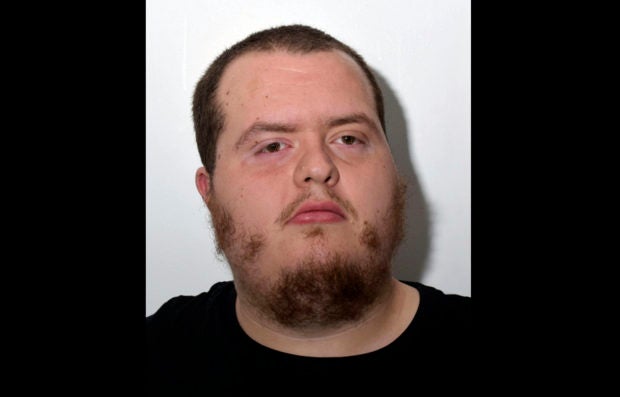 LONDON — A British Muslim convert, who tried to travel to the Philippines last year to join Muslim extremists, was sentenced Wednesday to at least 15 years in prison for plotting a van attack on crowds in London’s busy Oxford Street shopping district.

Lewis Ludlow had pleaded guilty at an earlier hearing to preparing acts of terrorism and fundraising for the Islamic State group.

Police found planning notes for an attack ripped up in a garbage bin. Prosecutors say the 27-year-old wrote that Oxford Street was an “ideal” target because “nearly 100 could be killed.” Ludlow also had a list of “potential attack sites” including the Madame Tussauds wax museum, St. Paul’s Cathedral and a Shia temple in Romford, east London.

Prosecutors say Ludlow, from Rochester in southern England, tried to travel to the Philippines in February 2018 to join IS militants, but was stopped by police at Heathrow Airport. They say he later plotted to attack London, and allegedly set up a Facebook account called Antique Collections as a front to send money to militants in the Philippines.

He was arrested in April 2018 and charged with the attack plot. Ludlow claimed in court that he had been coerced by a militant in the Philippines to mount an attack.

He sentenced Ludlow at London’s Central Criminal Court to life with no chance of parole for 15 years.

He said Ludlow had prepared for a “spectacular” attack “with the intention of causing death or terror.”

“There could be no other explanation for your preparing to kill innocent people in a vehicle attack for ideological reasons,” the judge said.