globalnation / Americas
Americas
‘WE HAVE AN EXPECTATION’ 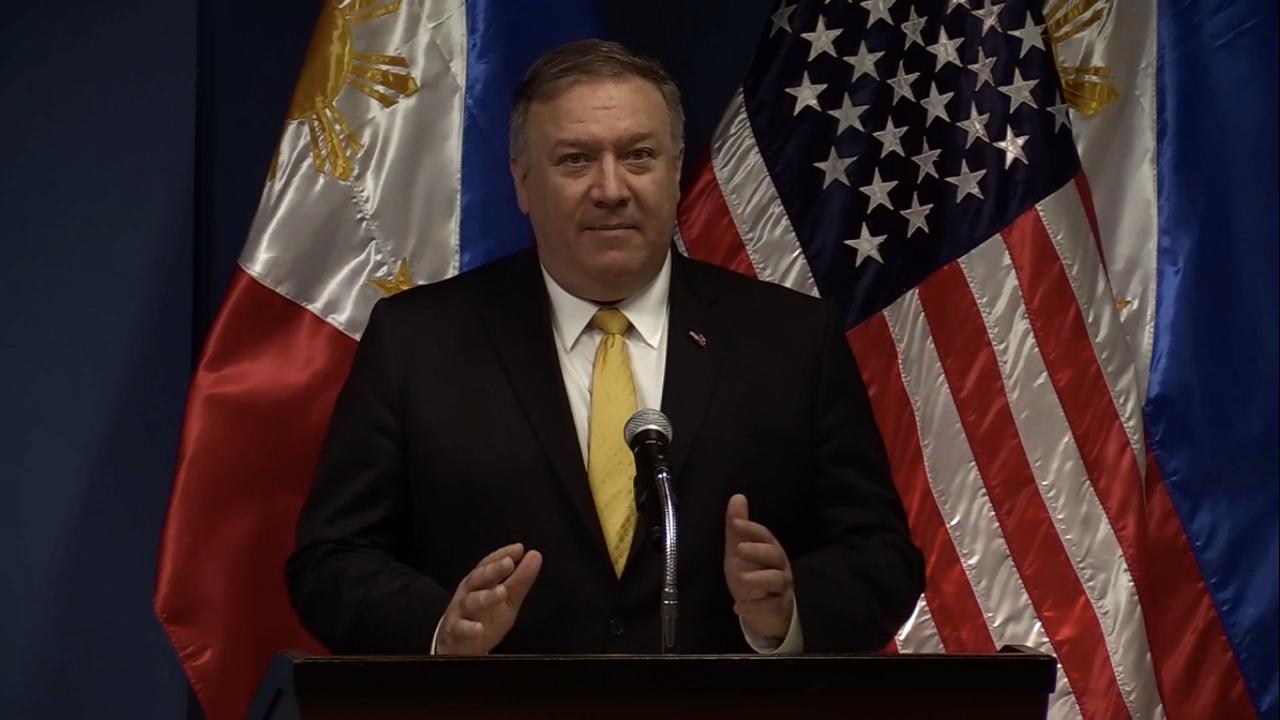 US Secretary of State Mike Pompeo on Friday reminded the Duterte administration about the importance of upholding free speech, freedom of the press and due process.

Pompeo raised the issue during his meeting with Foreign Secretary Teddy Locsin Jr. at the Department of Foreign Affairs in Pasay City.

“I raised with my counterparts the importance [of protecting] the rights and liberties of all Filipinos, including free speech, a free press and due process under the law,” Pompeo, reading from a prepared statement, said in the joint news conference that followed.

When asked whether he raised the treatment of Philippine opposition leaders in detention, he said he always raised the issue of human rights violations in his trips.

“Our embassies raised these issues here and around the world. We never forget the importance of human rights, the rule of law, transparency, justice wherever it is that we go,” Pompeo said.

He said free press was very important to every nation.

“We have an expectation for free and open press everywhere. We communicate that to our adversaries, to our partners and friends,” he said.

The US Embassy earlier issued a statement in support of free press after Maria Ressa, the CEO of online media outfit Rappler, was arrested for cyberlibel.

“We hope the charge against journalist and Rappler CEO Maria Ressa will be resolved quickly in accordance with relevant Philippine laws and international standards of due process,” the embassy said in a statement on Feb. 14.

“On your trip to Manila, we ask you to continue to raise Ressa’s case and that of [De Lima], as well as broader concerns about the Duterte government’s assault on civil society, media freedom and human rights,” US Rep. Eliot Engel wrote in a Feb. 28 letter to Pompeo.

President Duterte’s “attacks” on democratic institutions were “particularly concerning,” the US lawmakers said.

Engel, chair of the US House of Representatives’ foreign affairs committee, made the appeal together with US Representatives Brad Sherman, Ted Yoho and Steve Chabot.

Ressa has denounced as state harassment the latest case filed against her.

In their letter, the US lawmakers said that while the United States shared mutual interests with the Philippines in trade and security in the Indo-Pacific region, the US government should emphasize the importance of “mutual respect for democratic norms and universal human rights” in their relations.

Duterte, they added, “systematically worked to silence domestic dissent” with De Lima’s indictment on drug charges after leading a Senate inquiry into the alleged extrajudicial killings in Davao City when he was still its mayor.

In response, De Lima thanked all those who had voiced their support for her immediate release from prison, saying “truth is indeed more powerful than any lie.”