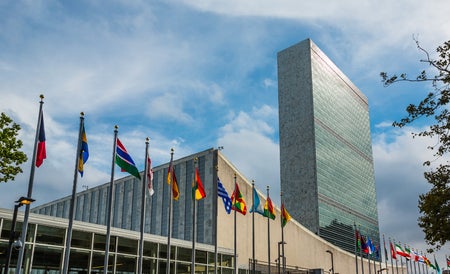 In a report submitted to the 40th session of the UN Human Rights Council, Special Rapporteur Michel Forst reviewed the situation of women human rights defenders.

“Women leaders who represent their groups and speak out on issues tend to be targeted for their visibility – not only to silence them but also to discourage broader dissent,” Forst wrote in the 20-page UN report.

De Lima, Sereno and Ressa, all of whom have spoken critically of President Rodrigo Duterte’s policy on illegal drugs, were cited in the report.

“Senator Leila de Lima has been in detention since February 2017 for denouncing President Rodrigo Duterte’s War on Drugs, which has led to violence, extrajudicial killings and human rights violations,” the report read.

“She has been held on politically motivated, non-bailable charges for violating the Comprehensive Dangerous Drugs Act of 2002; while in detention, she has been subject to restrictions,” it added.

De Lima is facing drug charges and is detained for allegedly conniving with prisoners to traffic illegal drugs in exchange for millions in cash.

READ: In the Know: Drug charges vs De Lima

The UN report also mentioned Sereno who was unseated from her office last May 2018.

“Ms. Sereno had objected to President Duterte’s policies on drugs and martial law, after which he publicly pushed for her resignation. When she refused to resign, he pushed for her impeachment, even ordering Congress to remove her,” the report said.

Sereno was removed as Chief Justice after her peers at the Supreme Court voted 8-6 to strip her of the post after Solicitor General Jose Calida questioned her qualification to serve as the Philippines’ top magistrate.

Ressa, on the other hand, “has been indicted on tax evasion charges, in what is considered political persecution in response to critical reporting on the Government.”

“Women have been critical to the furtherance of human rights worldwide, but, because of the way aspects of their identities and their actions are perceived, they continue to face systematic discrimination, marginalization and repression,” the report said.

With this, it called on all stakeholders to “work together to ensure that women defenders are supported and strengthened to promote and protect human rights.”