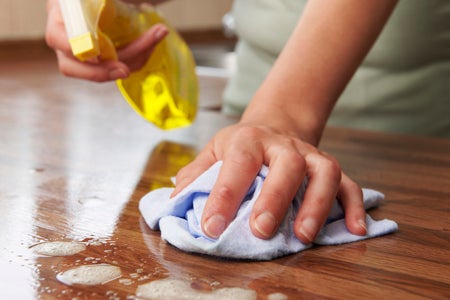 A university survey has found that majority of foreign domestic helpers in Hong Kong work more than 13 hours a day.

The Chinese University of Hong Kong’s Research Center on Migration and Mobility surveyed more than 2,000 helpers in the city, as per South China Morning Post on Feb. 13. The center conducted the survey in 2017, with over 2,000 Filipino and Indonesian helpers answering the questionnaires.

The center also found that 5.9 percent of the helpers did not get at least one day off a week. As per report, this is “a violation of standard employment contract.” About 20 percent helpers meanwhile said they did not get all 12 days of holidays. Also, only 43 percent of live-in helpers had a room of their own.

The researchers of the study have since given their take on the survey’s results. As per professor Raees Begum Baig, the live-in nature of househelpers make it difficult to assess their formal work hours when compared, for example, to a 9-to-5 job.

“It is very hard to define what is formal work and what is not,” said Baig.

The survey also found that under 4 percent of the helpers said they were physically abused by their employers. However, professor Roger Chung Yat-nork said the “actual figure” may be higher.

“Some people would find this question too sensitive,” he was quoted as saying. “It is safe to say that some people may refrain from telling the truth.”

Meanwhile, professor Tong Yuying found it unusual that a quarter of the helpers were “university-educated.”

“Being a domestic helper is low-skilled work,” she said in the report. “People with primary education are usually sufficient to take the task.”

There are an estimated 370,000 foreign domestic helpers in Hong Kong as of December 2017, according to Hong Kong employment agency HL&C Employment Agency Ltd last January. Out of these 370,000 helpers, around 200,000 are Filipinos and 160,000 are Indonesians. Cody Cepeda/JB