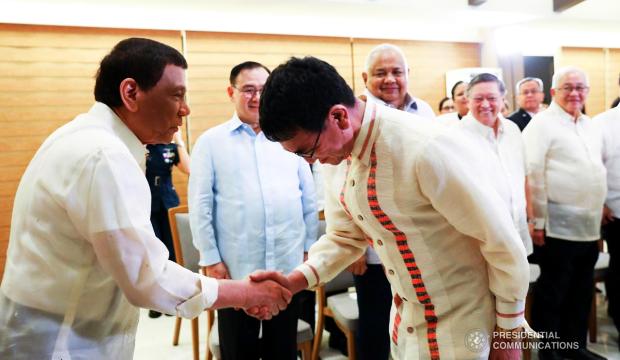 During their meeting, Kono noted Japan’s willingness to continue its support for the development of Mindanao as he welcomed the ratification of the Bangsamoro Organic Law.

According to Malacañan Palace, Japan’s top diplomat also extended his sympathy to the victims of the deadly twin explosions at the Cathedral of Our Lady of Mount Carmel in Jolo which killed 22 and injured at least 100 others.

The Palace also said that Duterte felt “honored” to have received Kono in his hometown.

The Japanese official made the visit on the invitation of Foreign Affairs Secretary Teodoro Locsin, Jr.

Kono’s schedule during his visit included the inauguration of the Japanese Consulate General in Davao City.

He was accompanied by Japanese Ambassador to the Philippines Koji Haneda and Davao Consul General Yoshiaki Miwa.

The Department of Foreign Affairs (DFA) earlier said that Kono’s visit would serve as a testament to the “strengthened strategic partnership and an “affirmation” of the “longstanding bilateral friendship” between the Philippines and Japan.

Japan’s top envoy, the DFA noted, also engaged in a bilateral meeting with Locsin on Sunday, during which they discussed areas of mutual interest, such as political, economic, and people-to-people engagement. /atm