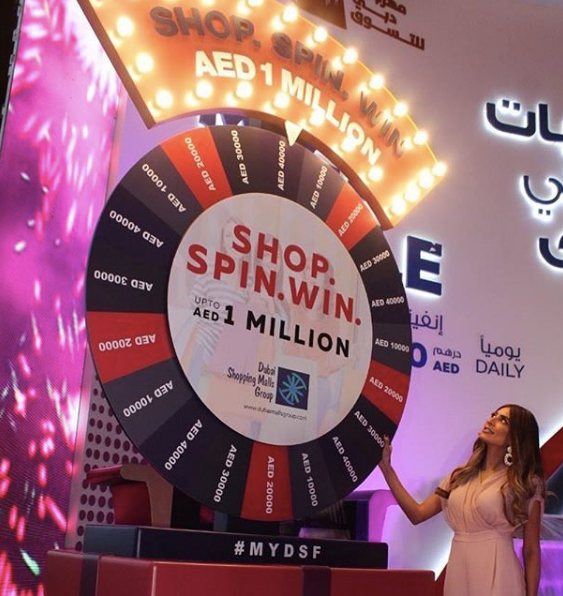 A woman poses beside the raffle wheel during the Dubai Shopping Festival. Image: Instagram/@dsfsocial

Angela Mortos, a Filipino nurse based in Dubai, was overwhelmed when she had won the Dh100,000 jackpot. As per Gulf News on Feb. 5, Mortos was able to join the City Centre Mirdif’s Million Dirham Wheel campaign after spending around Dh2,000 (around P28,000) during the DSF held over the weekend.

With a sleight of hand, Mortos spun the raffle wheel and hit the jackpot, instantly making her a millionaire — in the Philippines, at least.

“When they first called me, I didn’t pay much attention to it because I was with patients at the medical center that I work for,” she was quoted as saying. “I couldn’t believe it at first, but when it sunk in, I was happy and overwhelmed all at once.”

Mortos already has plans on what to do with some of her winnings. As per the report, she wants to give a portion of it to the janitor who works in the building where she resides.

“This sweet man does not know much English, but he makes it a point to say good morning to me every day and it makes my day,” Mortos said in the report. “He is a complete stranger, but I want to be a blessing to him.”

She also plans to have the graveyard of her parents fixed. She said her parents died a decade ago and their graves are in need of tending. Cody Cepeda/JB