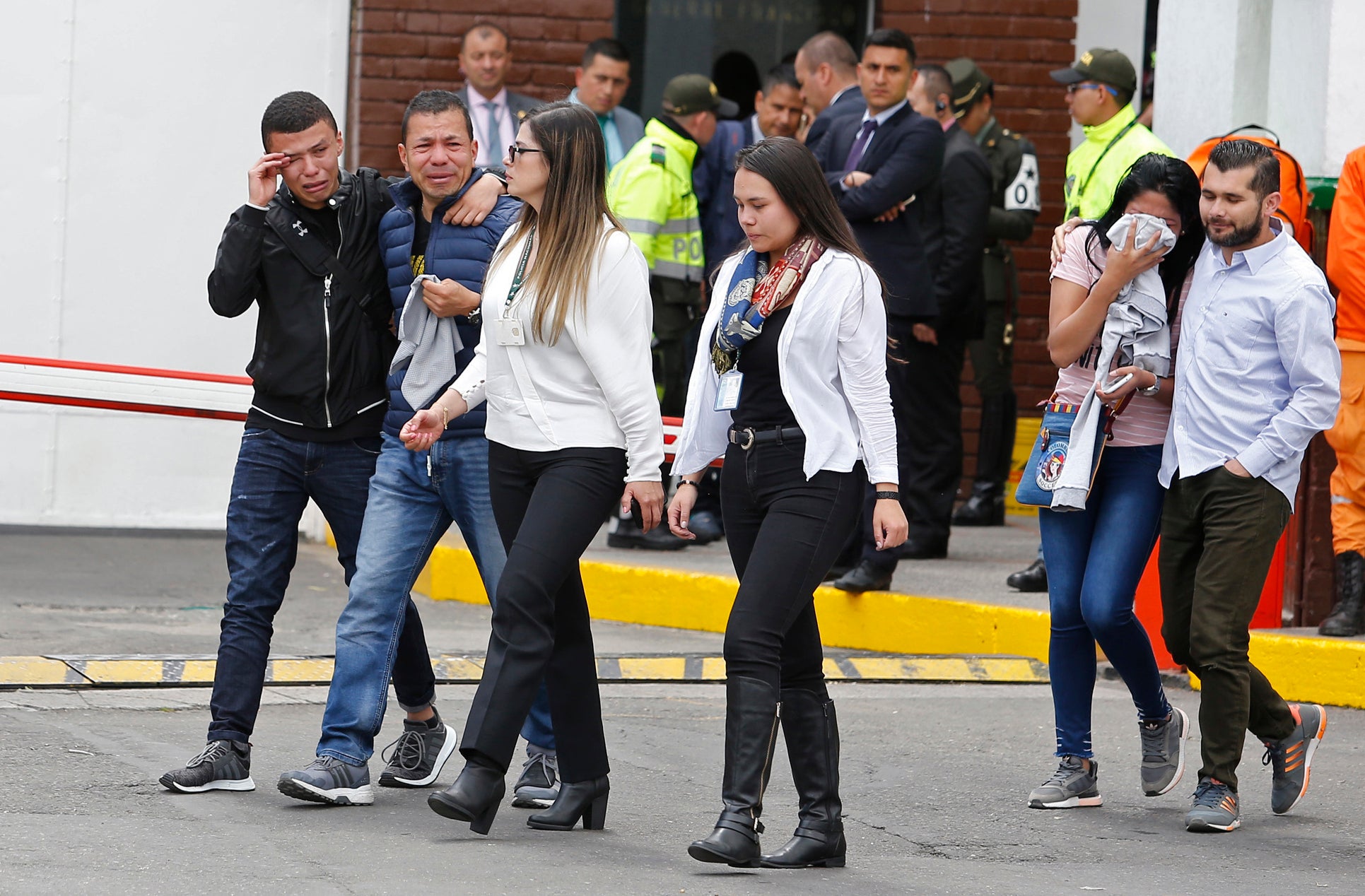 Family members of victims of a bombing cry outside the entrance to the General Santander police academy where the bombing took place in Bogota, Colombia, Thursday, Jan. 17, 2019. (AP Photo/John Wilson Vizcaino)

MANILA, Philippines — No Filipinos were hurt in the car bomb attack on a police academy in Bogota, Colombia, the Department of Foreign Affairs (DFA) said on Saturday.

The DFA also extended its condolences to Colombia following Thursday’s car bombing of a police academy that killed 21 people and injured 68 others.

The Philippine Embassy in Brasilia has assured that the 140 members of Colombia’s Filipino community are safe.

Philippine Ambassador to Colombia Marichu Mauro reported that a truck containing 80 kilograms of explosive pentolite exploded after ramming a wall inside the General Santander Police Academy.