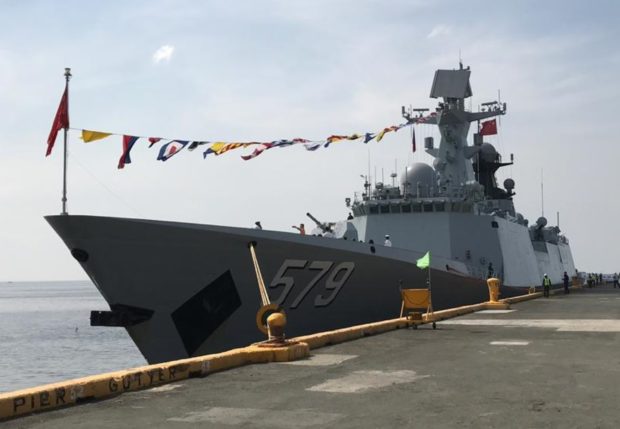 The Chinese guided missile frigate Handan (579) is docked at the Manila South Harbor for a goodwill visit on Jan. 17, 2019. INQUIRER.NET / RYAN LEAGOGO

MANILA, Philippines — For the next four days, Chinese warships will stay in South Harbor in Manila for a goodwill visit. 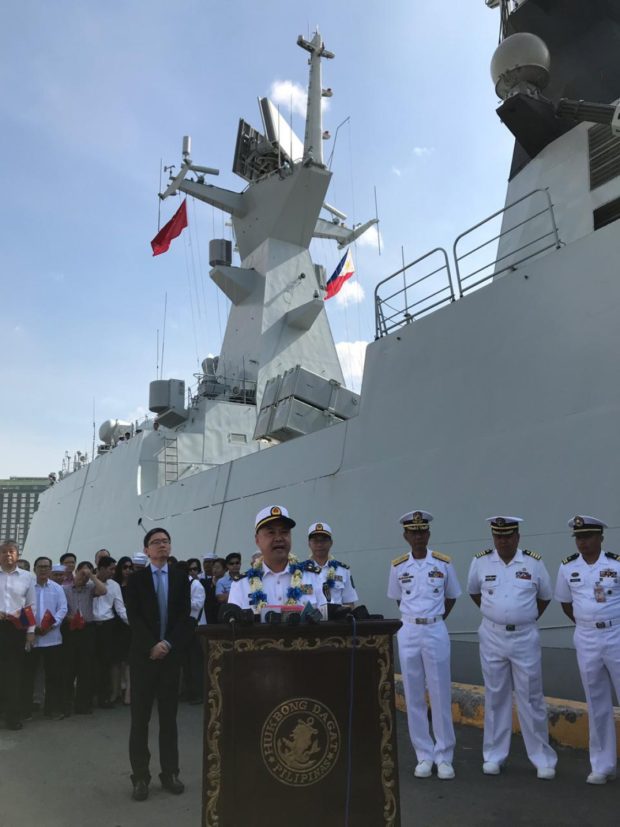 Chinese Rear Admiral Xu Haihua addresses members of the Philippine Navy and media after three warships of the PLA Navy arrived at the South Harbor in Manila on Thursday, Jan. 17, 2019. INQUIRER.NET / RYAN LEAGOGO

Both the Philippines and China are maritime adversaries over the South China Sea. In May 2018, a Chinese navy chopper harassed a Philippine Navy ship on a resupply mission in Ayungin Shoal (Second Thomas Shoal) in the West Philippine Sea.

The Philippine government publicly dismissed it as an isolated case but quietly filed a protest over the incident.

The Chinese PLA Navy will hold goodwill games and a tour of their vessels for Philippine Navy personnel.

Top Navy officials are currently in Cebu for a command conference. 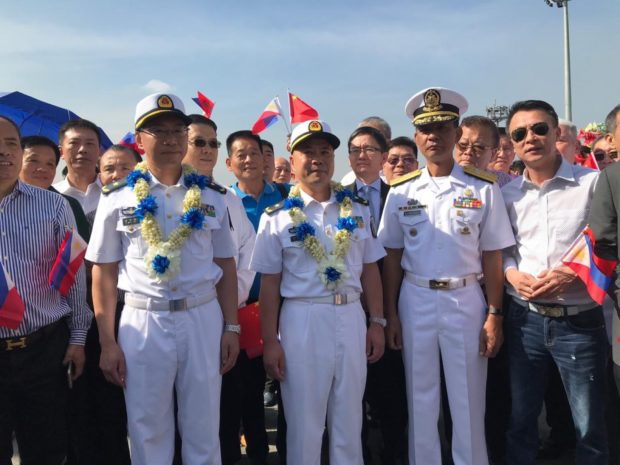 “The visit aims to strengthen the relationship between the two navies. It will further enhance military to military exchange and mutual trust through naval diplomacy and camaraderie,” Zata said.

This is the second time that Chinese warships visited the Philippines under President Rodrigo Duterte.

When he won as President in 2016, Duterte reached out to China for improved relations and played down the territorial dispute in favor of economic aid and investments from China. /cbb

PH to review ban on travel to HK