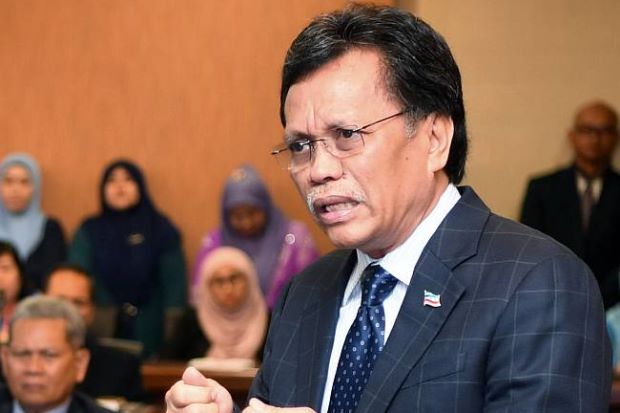 KOTA KINABALU — Sabah will meet with the new leaders from the Moro Islamic Liberation Front in Southern Philippines to get a better idea of the security situation there.

Chief Minister Datuk Seri Mohd Shafie Apdal said the meeting would most likely be held within the coming week.

“We want to understand the situation there and find ways to work together in terms of keeping our borders, and Sabah’s east coast, safe from cross-border criminals, including kidnappings,” he said.

Decades back, the group took part in terrorist attacks and assassinations to achieve their goals of having greater autonomy for the Bangsamoro people in the southern Philippines.

The agreement was to pave the way for the creation of the new Muslim autonomous entity called “Bangsamoro” under a law to be approved by the Philippine Congress.

The agreement calls for Muslim self-rule in parts of the southern Philippines in exchange for a deactivation of rebel forces by the group.

Shafie said it was important that steps were taken to stop or ensure peace and security between Sabah and southern Philippines.

On other matters, Mohd Shafie said people in Sabah should stick to the practice of racial moderation, due to the unique demographic circumstances in the state.

“We don’t follow extremism, we as people do not need to follow their extreme teachings because, in Sabah, we live as one family,” he said.

He said this in responding to calls by some quarters to make PAS Tawau chief Mohamad Husain, who hails from Alor Setar but lives in Sabah, a persona non grata after he was accused of spreading negativity for protesting a Christmas and New Year’s celebration in Tawau recently.

Tawau PAS had led a group claiming to represent Muslims in the district to issue a memorandum to protest the celebrations and lodged a police report.

They claimed that the events had elements of proselytising Christianity and touched on the sensitivities of Muslims in Tawau.

Mohamad Husain later apologised for the memorandum and report.