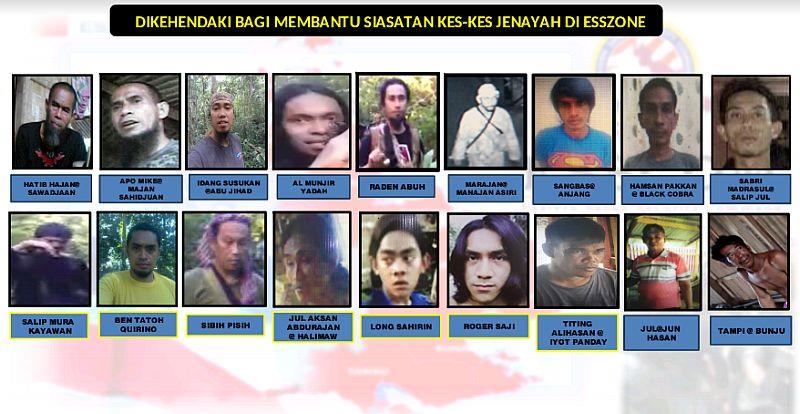 KOTA KINABALU — The Sabah security forces have updated its wanted list of suspected cross-border criminals and terrorists by adding seven new suspects, bringing the total to 18.

Hazani called on the public to inform security forces if they have information of these suspects.

He said these were the updated names of those wanted by security forces following intelligence sources and information from their counterparts in the Philippines.

He said the Esscom had since January 2016 issued an alert for 45 suspected criminals. Twenty-nine of them have been neutralized or deleted from the list.

“This is because they were either killed or have surrendered themselves to security forces,” he said.

Those with information on these suspects are urged to inform the Esscom action room at 089-863181 or WhatsApp to 019-230 5909 or contact their nearest police stations.