South Korea to take back trash shipped to PH port 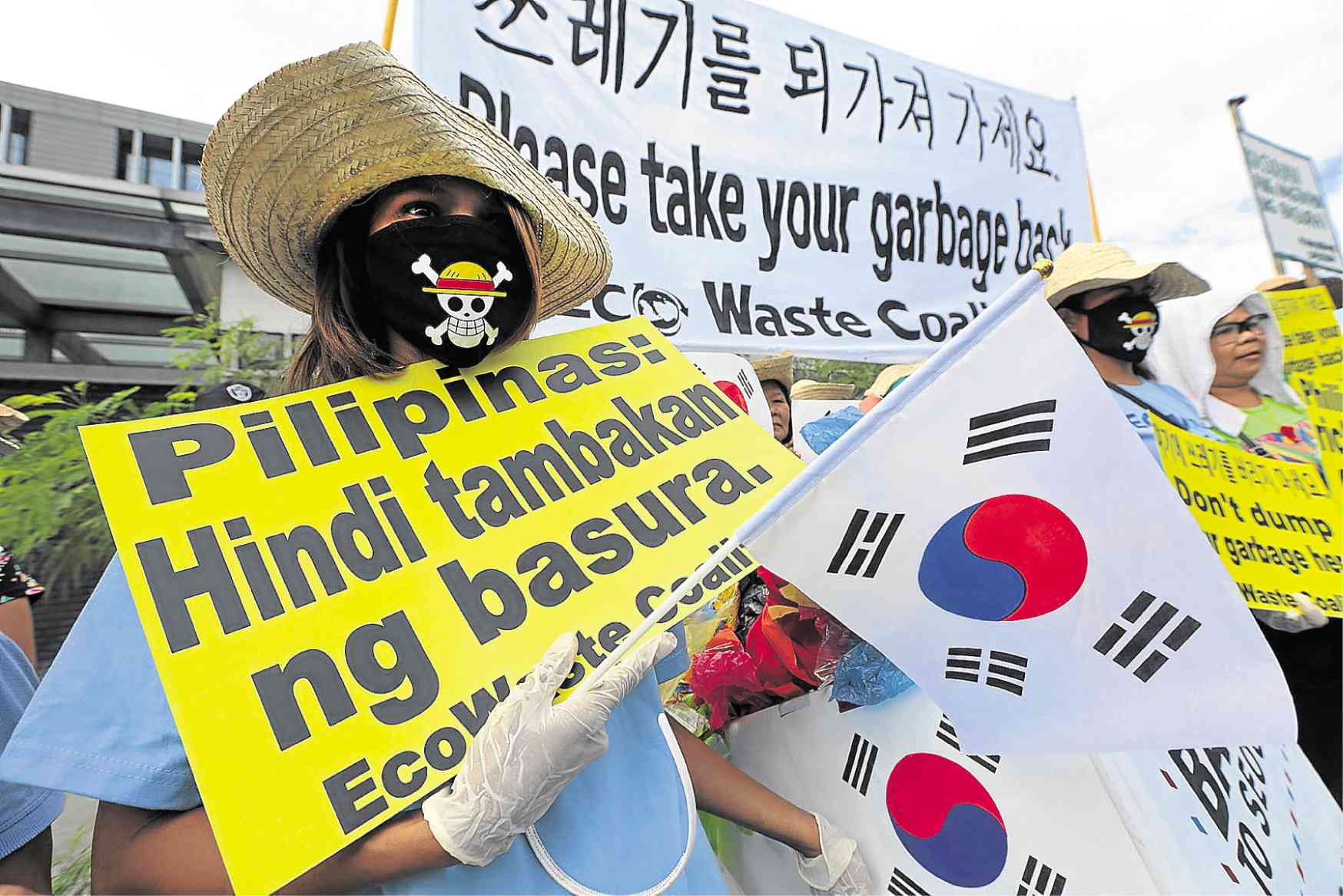 TRASH TACK Members of the environmental group Ecowaste Coalition troop to the embassy of the Republic of South Korea at Bonifacio Global City in Taguig City on Nov. 15 to demand a return of wastes brought into the Philippines to South Korea. —GRIG C. MONTEGRANDE

The South Korean government will take back a cargo of trash that has been brought to the Philippines and said it had taken steps against the exporter responsible for the importation.

“The government stated that it would take measures to have the wastes in question be brought back to Korea as soon as possible,” it said.

“Korean authorities will have the wastes in question repatriated and properly disposed of and work to prevent recurrence of the problem,” it added.

The 5,100 metric tons of plastic and waste materials, such as dextrose tubes, diapers, batteries, bulbs and electronic equipment, were found at Mindanao International Container Terminal in Misamis Oriental.

The shipment arrived in July and was declared as “plastic flakes.”

The Korean Embassy said its environment and customs officials inspected the offices of the exporter of the wastes, which was located in Pyeongtaek City.

It said the joint inspection found “plastic wastes mixed with a significant amount of alien materials such as wood and metal wastes and wastes which had not gone through an appropriate recycling process.”

Officials have also taken measures against related violations of law since they have confirmed that the exporter sent out wastes that had not gone through a proper recycling process, it added.

On Nov. 21, Seoul’s Ministry of Environment began legal proceedings to have the waste materials brought back to Korea.

Earlier, officials of the Philippines’ Department of Environment and Natural Resources said they would file charges against those responsible for bringing the waste to the country.