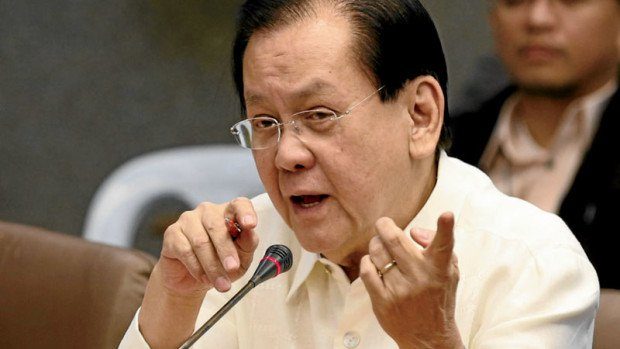 Senatorial aspirant Sergio “Serge” Osmeña III on Tuesday said he is against the plan of China and the Philippines to sign deals on joint exploration in the West Philippine Sea, noting its possible effect on Filipinos’ budget.

“I am against the joint exploration if the Filipino people will be shouldering half the cost of the exploration,” he said in a statement.

Osmeña added that the country could not be “confrontational,” saying China has stronger military forces.

“We do not have the military might of China. Therefore, I believe we are not in a position to be confrontational,” Osmeña said.

Osmeña also advised that the country must pursue a peaceful and diplomatic approach with China to fight for the “economic benefit” of Filipinos.

“I am for the economic benefit of the Filipino people. China buys 30% of our products. We must persist in peaceful and diplomatic approach. We must combine diplomacy with deterrence!” Osmeña said.

The Philippines will sign three deals with China for the joint exploration of the disputed sea. Presidential Spokesperson Salvador Panelo, however, did not reveal the details of these deals.

The West Philippine Sea, a part of the South China Sea, is owned by the Philippines as per an international ruling in the Permanent Court of Arbitration, The Hague.

Last August, Malacañang said the deal could be signed “anytime” before, or even during the visit of Chinese President Xi Jinping to the Philippines. /je