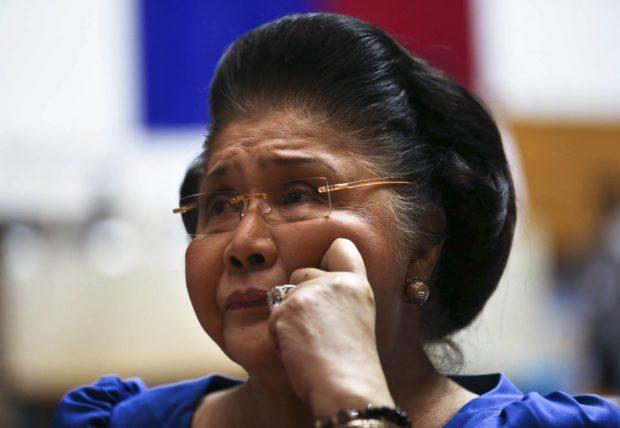 The conviction of former First Lady Imelda Marcos for graft was not only of national interest but also caught the attention of international news agencies.

Last Nov. 10, the Fifth Division of the Sandiganbayan found Marcos guilty of seven counts of graft, sentencing her to imprisonment on a maximum of 77 years.

London-based The Guardian, reported the news with this headline: “Imelda Marcos disqualified from holding office after corruption conviction.” 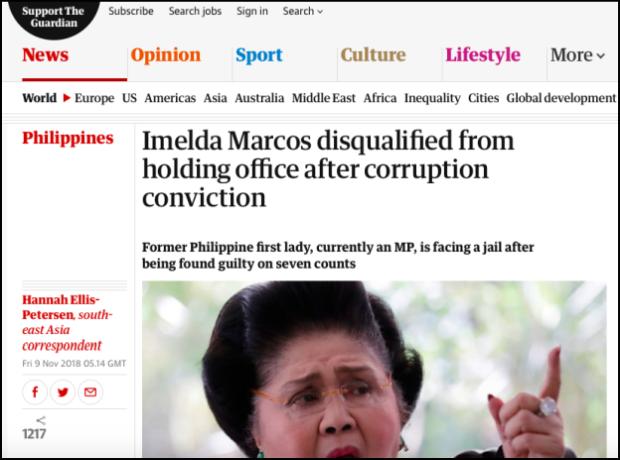 BBC News, another London-based news site, reported about the conviction, higlighting the fact that Marcos owned 1,000 pairs of shoes. 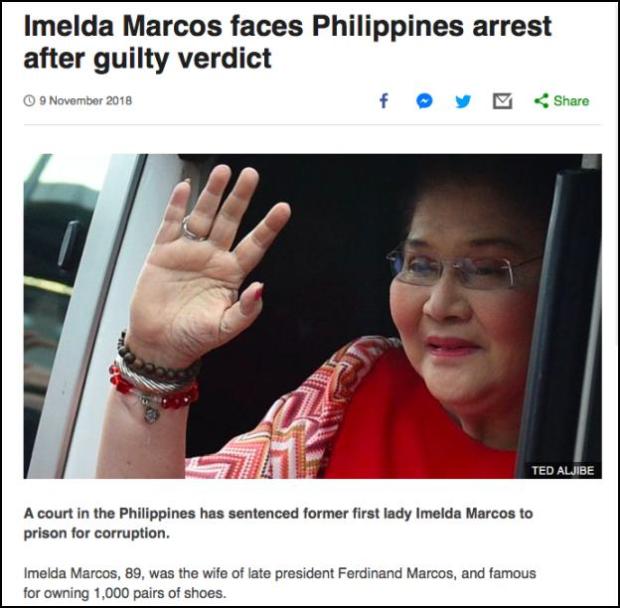 Qatar-based Al Jazeera said Marcos was accused of “amassing an estimated $5bn to $10bn in hidden wealth during a US-backed dictatorship.” 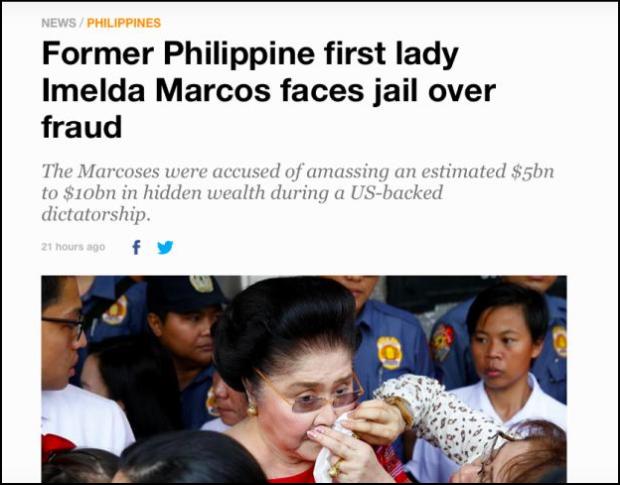 The New York Times also broke the news but said Marcos, 89, may appeal before Sandiganbayan to reverse the ruling. 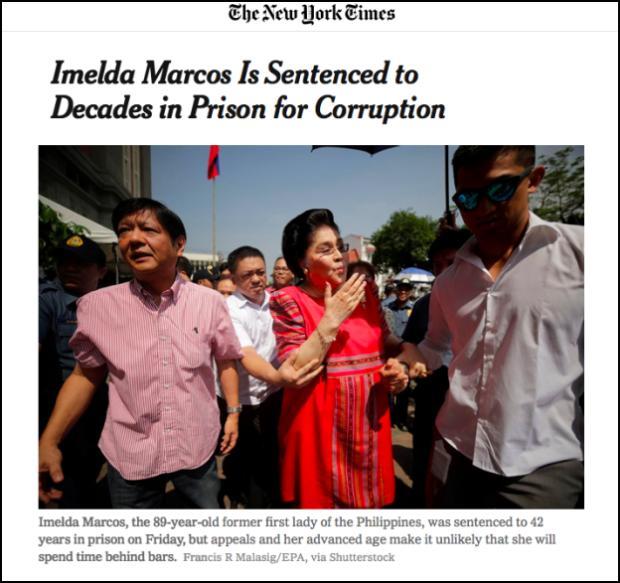 It added that according to legal experts, Marcos could “fight a prison sentence because of her advanced age.”

The Wall Street Journal in New York also featured the story, saying the Marcoses were an important ally of “President Rodrigo Duterte.” 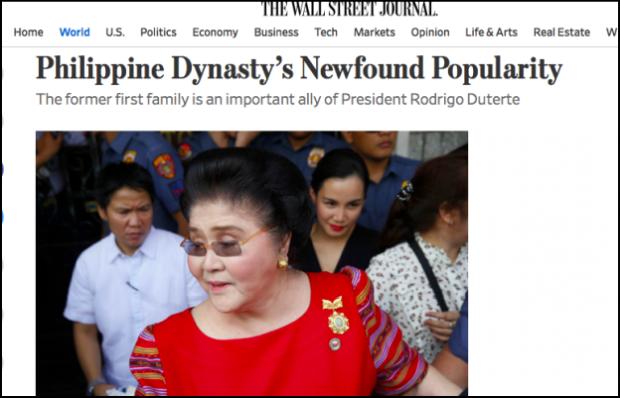 The news on Marcos’s conviction also appeared in other international websites such as Time Magazine, Daily Mail, Reuters and Yahoo. /atm