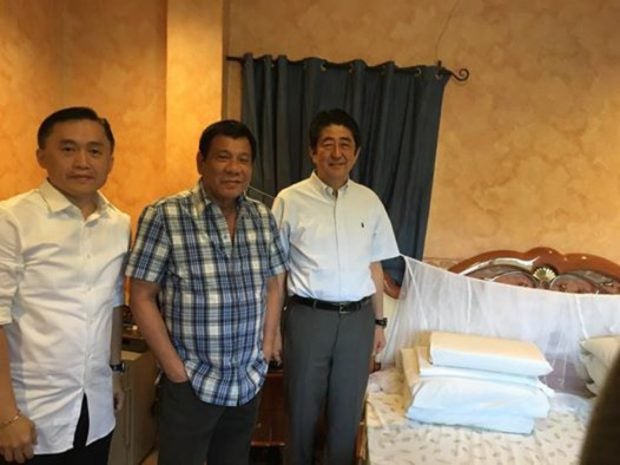 The President will invite Xi to his house in Davao City when the Chinese leader visits the Philippines this November, Malacañang said Thursday.

“If they want, I will bring [them there],” Presidential Spokesperson Salvador Panelo said in an ambush interview in Malacañang, quoting Duterte’s response to reporters when asked if he would invite the leader to his Davao home.

Xi is expected to visit Manila at the end of November, his first visit under the Duterte administration, whose government has nurtured warmer ties with China amid a territorial dispute in the West Philippine Sea.

During his visit, Duterte showed Abe his bed, including his old and favorite mosquito net. /cbb