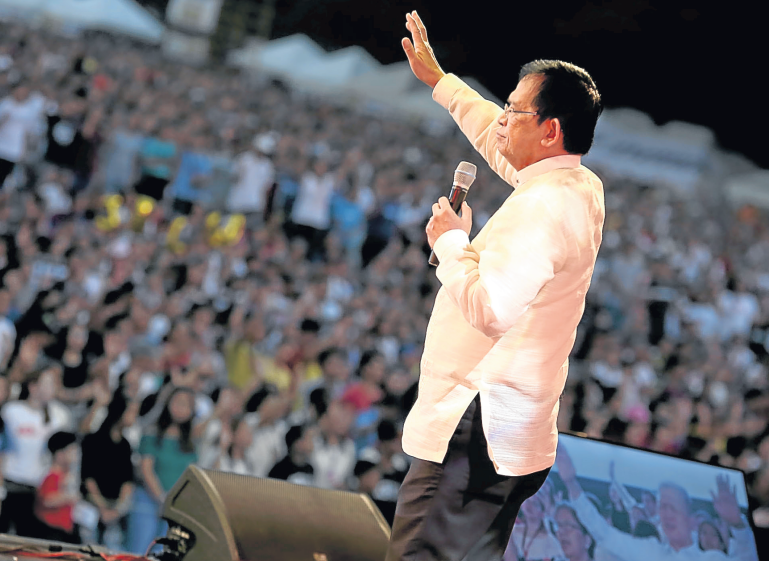 Armed with burning faith, members of Jesus Is Lord Church Worldwide (JIL) filled Rizal Park in Manila yesterday to celebrate the religious organization’s 40th anniversary.  JIL members from all over the country and from across the globe gathered in full force for the historic grand reunion of the JIL family led by JIL church spiritual director and international president Eddie Villanueva.

The park was bursting at the seams, a solid testament to the members’ unwavering faith and support to the spiritual group and the leader that has brought them closer in relationship with God.

The year was 1978 and Villanueva was working as an economics lecturer at the Philippine College of Commerce (now Polytechnic University of the Philippines).  So much moved by his renewed faith in the Lord, he began sharing the Word of God with his students in between classes. Not long after carrying Bible sharings with his students, a regular Bible study group was formed with the teacher and 15 students as regulars.  The students would then invite friends and fellow students to join them in learning more about the Bible’s teachings, allowing the group to grow more. On Sept. 9, 1978, the Bible study group decided to call themselves, “Jesus Is Lord Fellowship.” 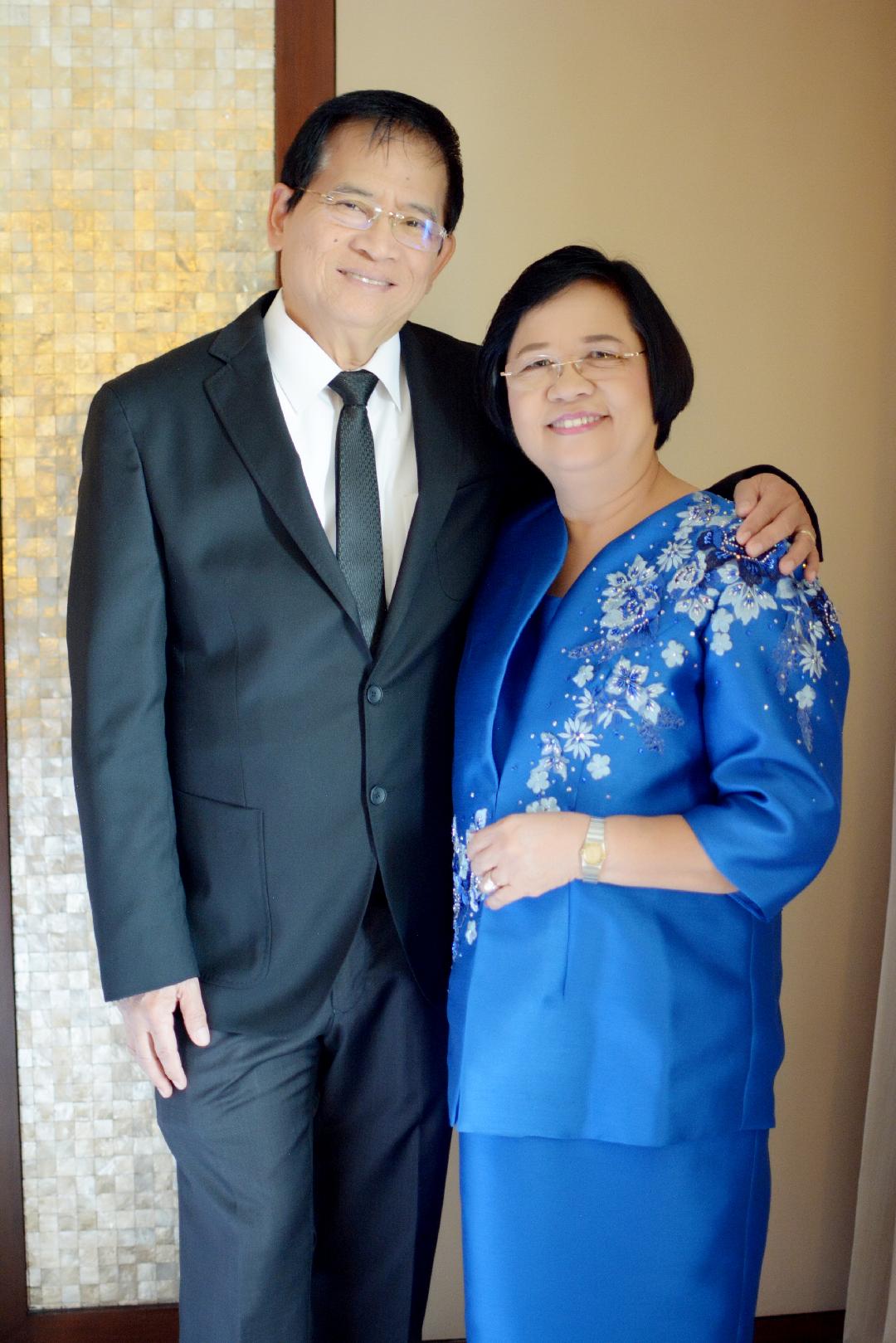 Together, the husband and wife team of Bro. Eddie and Sis. Dory Villanueva encouraged others to have a renewed faith in God and led the establishemnt of the Jesus Is Lord Church.

Villanueva, in fact, used to be an atheist and a radical activist and communist.  A life-changing experience, however, turned him into a true believer in a loving and powerful God.  Brought face to face with a miracle he could never forget, he surrendered his life to the Lord Jesus Christ and soon after, his wife Dory followed suit.

Together, the husband and wife would read and learn the Word of God.  Close friends and neighbors were encouraged to join them after seeing how their lives transformed tremendously.  Bro. Eddie and Sis. Dory, as they are fondly called, started hosting Bible studies at home, helping other people to develop a restored faith in God and His Word.

From a small group of 15, Jesus is Lord Church Worldwide has grown to over 5 million members.  The religious organization is present in more than 60 countries worldwide. And while JIL is a church for the poor, it caters to people from all walks of life.

Now on its 40th year, JIL founder Villanueva attributes the organization’s endurance and stability to God’s grace and faithfulness.  “JIL is born in the very heart of God,” he explained.

The organization is more than grateful for all the achievements and successes that they have accomplished through the years, but Villanueva believes that what God will do in the next 40 or more years is going to dwarf what He has done for the past 40.  “We are all in the spirit of huge, huge expectancy and are gearing up for the next years ahead.”

JIL has established chapters in neighboring Asian countries, the US, Europe, the Middle East and Africa.  With multiple churches in more than 60 countries and in every major town and city in the Philippines, it would seem that JIL has somehow fulfilled their mission.  The group, however, feels that they are just beginning. 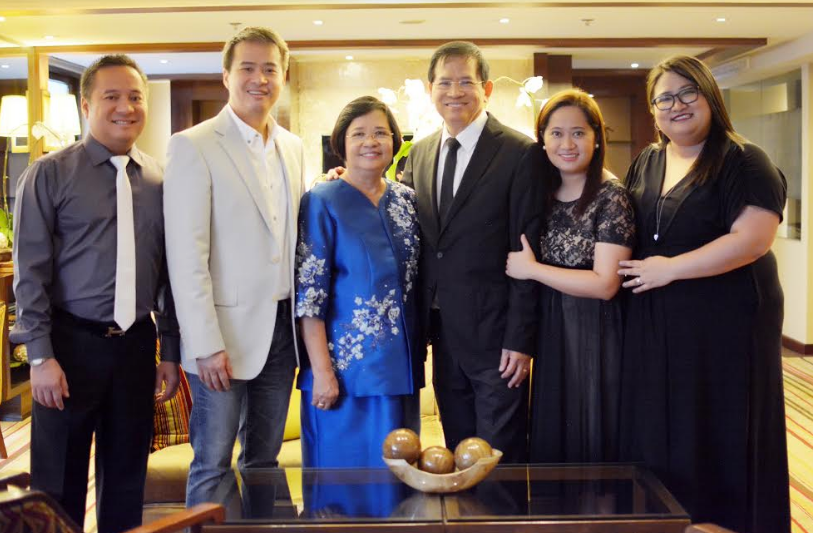 Challenges for the religious group comes in all forms:  environmental, economic, socio-political, structural and most especially, spiritual.  Though the greatest challenge, perhaps, is the moral and spiritual bankruptcy of society.  “With the help of the Holy Spirit, we’re trying to make our church relevant, inspiring, anointed and manifesting the love and the power of God,” Villanueva said.

JIL’s youth arm, Kristiyanong Kabataan para sa Bayan (KKB) is tasked to be the “legacy bearers” of the church.  KKB, known internationally as Christian Youth for the Nation (CYN), has made it their mission to inspire the youth to live for Christ and to offer the prime years of their lives in service to God and country.

Life-changing leadership programs and community outreaches equip and empower the young members of JIL.  For the youth group, as long as there are generations to inspire to live for Jesus and to offer service to God and to the nation, it shall keep on moving to move the nations.

Aside from its youth arm, Kristianong Kabataan para sa Bayan – Christian Youth for the Nation Movement, JIL also has the following ministries:  Life Group Network, which provides both formal and informal approaches of ministering; and Jesus is Lord Colleges Foundation which offers preschool, elementary, high school and college courses on its main branch in Bocaue, Bulacan.

For JIL, their most significant legacy is the invitation for people from all walks of life, locally and internationally, to recognize, believe and accept that Jesus is Lord.  “And when we say Jesus is Lord, we mean in every aspect of the society, summed up with our battlecry, ‘Diyos at Bayan.’”

According to Villanueva, “This is a crucial call, especially for Filipinos.  If we are able to unite in this conviction, that Jesus is the Lord of our nation, the most awaited economic and moral transformation just might already happen.  As the Bible says, ‘Blessed is the nation whose God is the Lord; and the people whom he hath chosen for his own inheritance.”