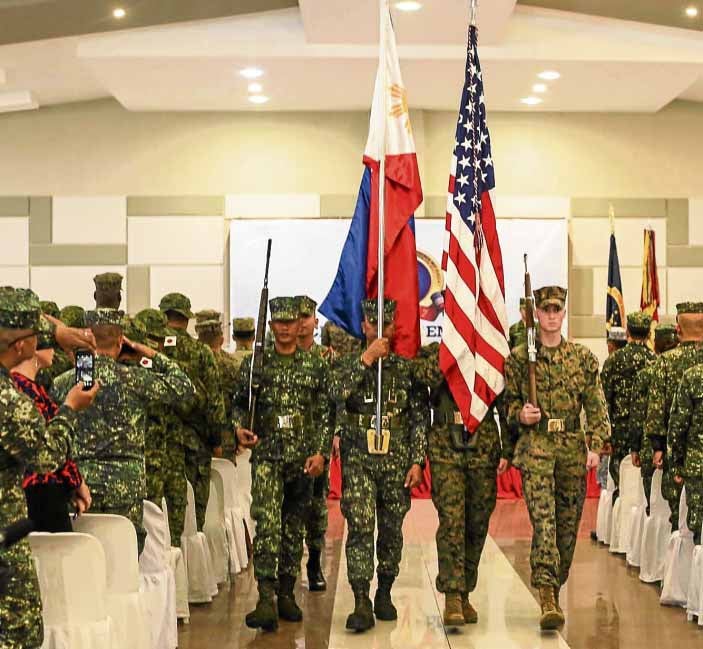 China has raised concerns about a joint US-Philippine military exercise that coincides with the visit of Chinese President Xi Jinping to the country in November, presidential spokesperson Harry Roque said on Tuesday.

Roque said Chinese Ambassador to the Philippines Zhao Jianhua raised the concern in a meeting with President Rodrigo Duterte in Malacañang on Monday.

Zhao called on the President to discuss Xi’s visit.

“China of course expressed concern over a naval, a military, exercise that the United States will be conducting in the area about the same time that the Chinese president will be in the Philippines,” Roque said.

He did not elaborate on what particular drill China was concerned about.

Military officials said they were unaware of any US military exercise with Filipino forces next month.

Zhao may have been referring to the US Pacific Fleet’s reported plans to deploy planes and ships to the South China Sea to show American disapproval of China’s militarization of artificial islands it has built in the heavily disputed waterway.

Roque said the President assured Zhao that the Philippines “will not take part in that military exercise.”

He said China had given assurance that it did not want to use military force on any state over the South China Sea disputes.

A UN-backed arbitration tribunal has invalidated China’s claim to almost all of the South China Sea, but Beijing has ignored the international court’s ruling.

Besides the Philippines, Brunei, Malaysia, Vietnam and Taiwan have competing claims in the South China Sea.

After taking office in 2016, the President worked to repair relations with China, which had been damaged by the two countries’ territorial dispute in the South China Sea.

The President announced early in his presidency that he would end annual combat drills with the US military in an effort not to offend China, but the exercises continued.

The United States has pressed on with the exercises and military patrols to promote freedom of navigation and overflight in the South China Sea.

Roque said Zhao and the President agreed that a proposed joint oil exploration in the West Philippine Sea would benefit both countries.

West Philippine Sea is the local name of waters within the Philippines’ 370-kilometer exclusive economic zone in the South China Sea.

Earlier, Malacañang said it hoped a joint exploration deal could be signed with China during Xi’s visit.

Roque said Zhao affirmed Chinese financial assistance in connection with a “page-long list of projects” in the Philippines. —With a report from AP