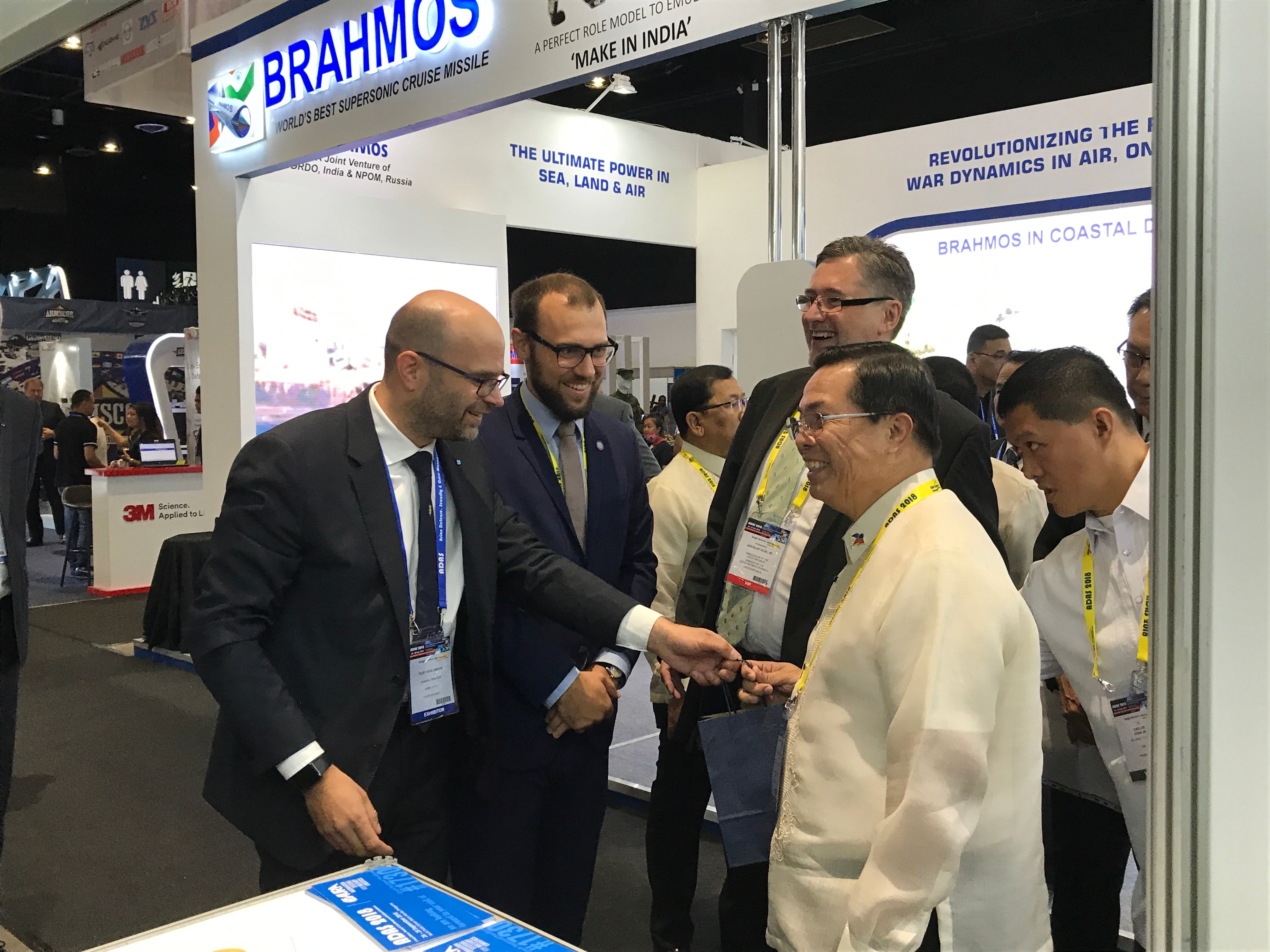 For the next three days, some of the world’s biggest defense contractors are in Manila to showcase their latest military hardware, hoping to get a slice of the growing military market in the Philippines and the rest of Southeast Asia.

Almost 200 exhibitors from the defense industries are taking part in the Asian Defense and Security exhibit and conference at the World Trade Center from Sept. 26 to 28.

With President Rodrigo Duterte’s approval of the second phase of the military’s modernization program and evolving security threats in the country, the Philippines continues to be one of the ideal marketplaces to sell defense equipment.

“On the defense of our nations’ border and sovereignty to secure our homeland, we are at the forefront of an evolving type of warfare as we manage through threats of violent extremism and terrorism, intensified criminality and the usurpation of national territories,” said Defense Undersecretary Cardozo Luna, who was guest of honor at the opening ceremony on Wednesday.

Notably present at the event were US Ambassador Sung Kim and Russian Ambassador Igor Khovaev. Both countries they represent have expressed strong interest to the Philippines’ military modernization efforts.

Russia, which military ties with the Philippines continue to deepen, is participating in the exhibition for the first time.

“Rosoboronexport is paying much attention to the arms and military equipment market of Southeast Asia. There are a number of our traditional partners in the region. We have acquired new customers lately, including the Philippines, whose military-technical cooperation with Russia has been established quite recently,” said Rosoboronexport’s Director General Alexander Mikheev.

Austal Philippines unveiled the offshore patrol vessel design it has been offering to the Philippine Navy.

Military and other guests take turns to take a photo with a life-size replica of a Gripen multi-role aircraft located at one of the corners of the event area.

Old and new players have set up their respective booths at the exhibition hall. Uniformed men from the Philippines and neighboring countries are scattered all over, most of them mingling with suited defense dealers.

Upstairs, a series of symposiums are held throughout the days of the conference.

“We look forward to forging new partnerships and strengthening old ones, as we strategically undertake efforts to rejuvenize, upgrade and modernize the defense security and disaster management capabilities of the Armed Forces of the Philippines, Philippine National Police, Philippine Coast Guard, and  all other stakeholders who share the same mandate to uphold our sovereignty and preserve our patrimony,” Luna said.   /muf