Duterte gets into a fresh rant against ICC 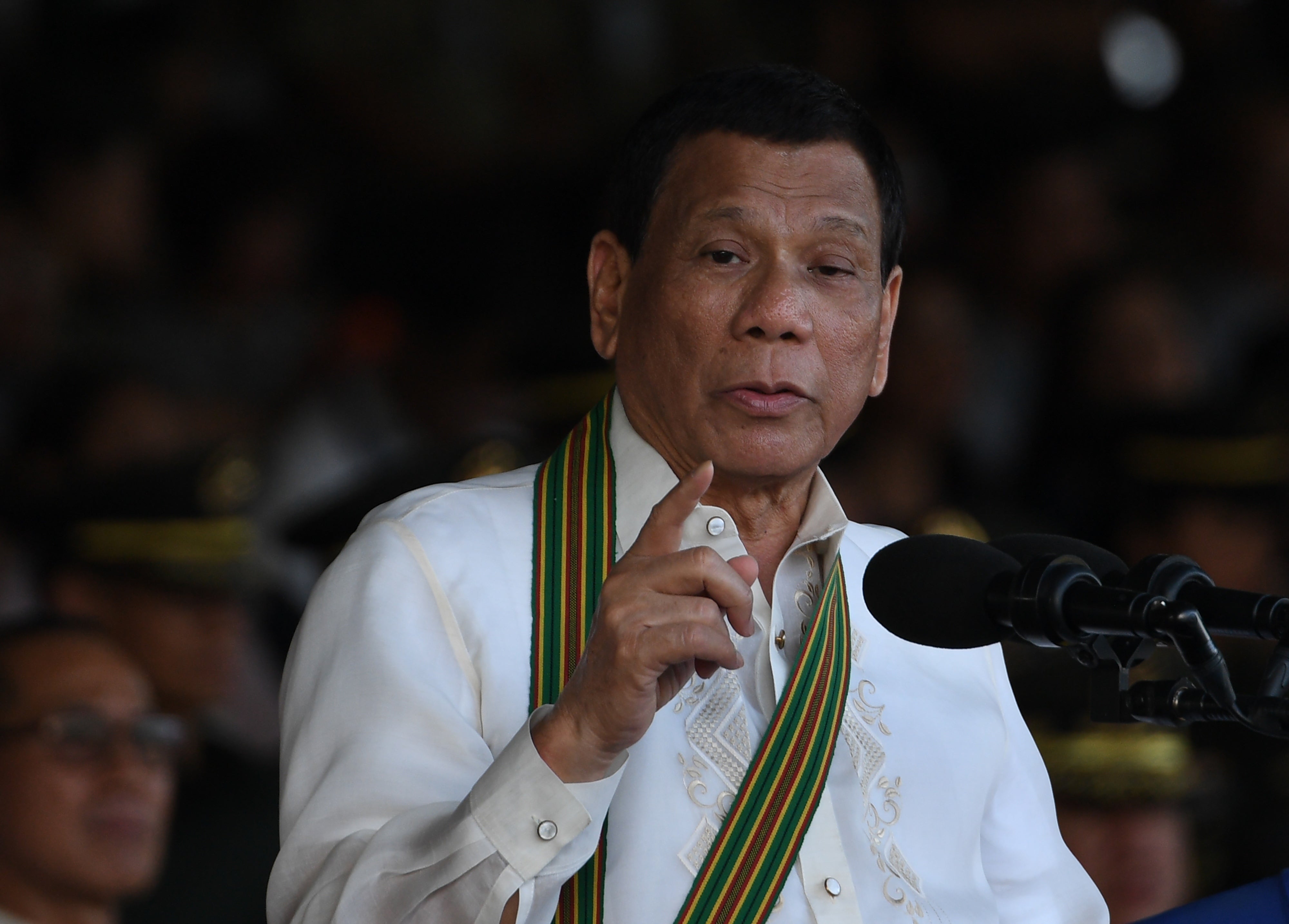 President Rodrigo Duterte has again criticized the International Criminal Court (ICC) for wanting to investigate his bloody war on drugs, which has left more than 4,400 people dead.

In his speech to members of the Asia-Pacific Association of Gastroenterology in Lapu-Lapu City, Cebu, the President called the ICC “a bunch of criminals,” “bullshits” and “idiots.”

“I said you’re all bullshits. They want to send me to prison and try me for genocide … They are a bunch of criminals, they cannot even show me how they (drug war victims) died, when they died, where,” the President said on Friday night before an audience of doctors.

If he was indeed responsible for the more than 4,000 deaths, the President said he would not have time even for a toilet break as “it would keep me busy 24 hours.”

He lumped the ICC in the same category as his critics whom he belittled for failing to muster large numbers of protesters, calling them all “idiots.”

In March, the President unilaterally withdrew the Philippines from the Rome Statute, the treaty that established the ICC, after its chief prosecutor, Fatou Bensouda, announced that she would conduct a preliminary examination of a complaint of crimes against humanity against the President in connection with alleged extrajudicial killings in his campaign against drugs.

The President said the court had not followed due process and did not presume his innocence.

A second similar complaint against the President was filed with the ICC by relatives of at least eight victims of his antidrug campaign last month after the Supreme Court opened hearings on a petition by opposition lawmakers challenging the legality of the President’s withdrawal.

His latest attack against the ICC followed statements against it by US National Security Adviser John Bolton, who questioned the legitimacy of the court, which was created in 2002 to prosecute war crimes and crimes against humanity and genocide in areas where perpetrators might not otherwise face justice.

The ICC has 123 state parties that recognize its jurisdiction.

Bolton made the statement before an ICC judge was expected to announce a decision on a request from prosecutors to formally open an investigation of allegations of war crimes committed by Afghan national security forces, Taliban and Haqqani network militants, and US forces and intelligence in Afghanistan since May 2003. The accusations against US personnel include torture and illegal imprisonment.

Bolton said the United States would use “any means necessary” to protect Americans and citizens of allied countries “from unjust prosecution by this illegitimate court.”

Earlier this week, the President lauded Bolton for standing up to the ICC and “calling them out on their bullshit.”

“I think Bolton was right. He attacked the ICC. But before that, I was the one, and it got me into a quarrel with [former US President Barack] Obama,” the President said.

He accused the ICC of imposing European values on other countries and engaging in “international governing.”

As for Obama, the President recalled his tirades against the former US president, whom he accused of castigating him at a press briefing at the White House.

In his visit to Israel earlier this month, the President apologized to Obama but said he had also forgiven the former US leader for the latter’s comments on his war on drugs.

On Friday night, however, the President seemed far from letting go of his stinging words against Obama.

“I told him, you son of a bitch, you go to hell. You know, you are a president of America, very powerful, good. You are the conscience of the world, fine. But you do not castigate a head of state like me in a press briefing in the White House,” Mr. Duterte said.

He added that it was after his spat with Obama that he began pursuing an independent foreign policy by building relations with China and Russia.

“We have been very constricted in our national policy because we were dovetailing American policies. Enough is enough,” the President said.

He reiterated that he did not care if foreign countries did not like his style of governance, stressing that he considered himself accountable only to Filipinos.

“I’m not the favorite of everybody and I don’t care. I was not elected by America, I was elected by the Filipino people. I answer only to Filipinos. Not to foreigners. And I don’t give a shit if you do not like it. That is my answer,” the President added. —With a report from AP