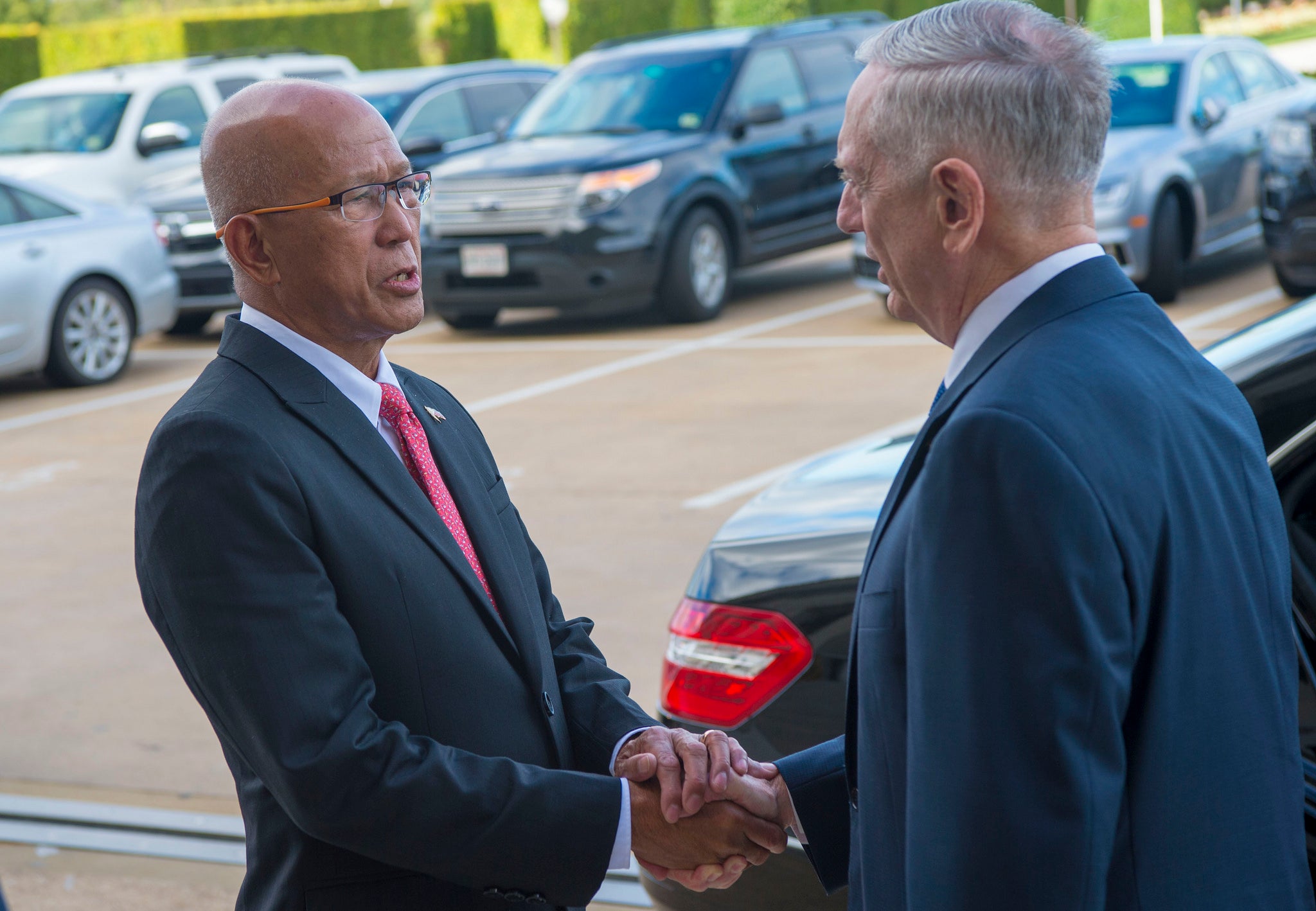 Defense Secretary Delfin Lorenzana met his U.S. counterpart James Mattis at the Pentagon to discuss the partnership of both countries.

The U.S. Department of Defense (DOD) released a short video and a few photos from the visit scheduled on Tuesday (U.S. time).

“During their meeting, the two leaders highlighted the longstanding friendship and values between their countries,” the DOD said.

“The Philippines-U.S. alliance remains robust, based on an enduring history of close engagement and our unwavering commitment to work together on shared values,” Lorenzana said in his remarks during the meeting.

No other details of the meeting were immediately available.

The meeting comes almost a month after three U.S. officials, which included Mattis, supposedly wrote to President Rodrigo Duterte, to express support to the Philippine military’s modernization program and to offer a partnership with them for defense procurement.

The U.S. has expressed concerns about the Philippines’ plans to buy military equipment from its rival, Russia.

Last week, President Duterte met with U.S. Ambassador Sung Kim in Malacañang, but he refused to discuss the details of the meeting: “I cannot discuss that until I get his [Kim’s] permission…There was nothing earth-shaking but more of confidentiality. I hate to break the rules.”

Kim, meanwhile, said that the meeting was mostly about defense priorities and economic partnerships.

The U.S. has also been very vocal of its concern over China’s militarization of the South China Sea, where the Philippines is one of the claimants.  /muf